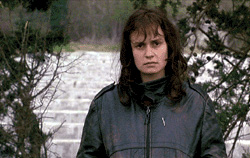 Last August, 75-year-old Agnès Varda took a very long train ride from France to Switzerland, chugging slowly upward to the high valley that is home to a small, clean, prim town called Saas-Fee. Before reaching her stopping point, though, there was a bus ride, swooping along slim mountain roads, and then a bumpy jaunt in an electric shuttle, sent by the hotel as little Saas-Fee does not allow regular cars to sully its clean air.

Arriving – finally – in time for dinner, the seemingly indefatigable Varda joined the students and faculty of the European Graduate School; several waited expectantly as she sat down. “I don’t like Switzerland”, she said decisively in her French accent, explaining that the country’s cleanliness is irritating, sterile, deadening.

And so began a heady meal in which the director ably charmed anyone within reach with her direct approach to any and every topic. The dinner was the prelude to an equally kinetic three-day seminar in which the acclaimed director was alternately playful, cranky, dismissive, encouraging, passionate, insightful and brilliant. Varda, who has been making films for 50 years, spearheading a feminist cinema in the 1960s, imbues every one of her projects with just this sort of intensity, and indeed, one can invariably sense a prickly and mischievous sensibility behind her camera. This is true even among her narrative projects, including her most acclaimed fictional film, Vagabond (1985), which stars Sandrine Bonnaire as a hapless drifter.

This invisible presence invigorates Vagabond almost immediately. The camera in the opening shot pauses just long enough to display a painterly image of a field and trees; these will form the backdrop for the film’s main credits before the camera tracks slowly forward, peering toward the right where several workers toil among straggly rows of grapevines. After another tracking shot, the camera halts, almost as if in surprise, with a motionless shot of a young woman’s body, dead on the frozen ground of a ditch.

The camera continues its restless investigation to tell of the weeks preceding this moment in a series of scenes and interviews with people who encountered the woman, whose name is Mona. Rather than chronicling Mona’s final weeks objectively however, as a third person narrator, Varda announces a more empathic point-of-view with a voiceover, spoken in her own voice:

No one claimed the body… She had died a natural death without leaving a trace… But people she had met recently remembered her. Those witnesses helped me tell of the last weeks of her last winter. She left her mark on them… I know little about her myself, but it seems to me that she came from the sea.

The film pairs this voiceover with an image of wind-blown sand, and then cuts to a long shot of a beach. Mona appears then, emerging from the sea naked, like some primordial water nymph. However, the voiceover does more than establish the story; Vagabond is about nothing if not the ways in which we project our own stories onto others. Indeed, the film presents a veritable treatise on the phenomenological interplay between the self and other as character after character uses Mona as a screen onto which to envisage his or her own desires, attitudes and prejudices.

However, rather than smugly criticising this tendency, Varda overtly demonstrates her own participation, not just with her voiceover, but in the complicated temporal structure that slips easily from the present to the past, driven by authorial desire rather than the story’s chronological needs. Varda uses the camera, too, to underscore her own subjectivity, first in the ways in which several characters use direct address to relate some aspect of the story before slipping back into his or her particular narrative fragment, and then in the way we follow Mona. Watching her from a distance, the camera often catches her in sweeping glances. Frequently the camera is already tracking across a landscape when Mona enters, striding along a highway or across a barren field, and it continues moving after she’s left the frame, almost as if to express the elusiveness of any project that attempts to know someone from the outside.

Varda also aligns Mona with the French landscape. The film was shot in Southern France near Nimes, the place where Varda grew up and that she dubs the “wild South”. Speaking with critic Annette Insdorf in The New York Times in 1986, Varda said, “I’m tired of the fact that French films never have space, as if the entire universe of the French cinema were psychological, internal and enclosed”. Varda opts for the external, going so far as to prevent us from gleaning Mona’s motivations, leaving us to judge her as we will.

The film’s original title, Sans toit ni loi, offers further insight; translated more accurately, the title means “Without a Roof or Law” or “Homeless and Lawless”, both of which point to the fact that Mona refuses the basic aspects of contemporary social structures. In many ways, Mona shares more with the innumerable barking dogs that populate the film, refusing to play by the social mores that dictate that citizens be useful. Mona is instead driven by some internal negativity that perhaps has something in common with Georges Bataille’s notion of depense, or the useless expenditure of energy that cannot be reabsorbed into an economy in a manner that is useful. Mona refuses to be predictable, much less productive; she eschews everything given to her, instead drifting along aimlessly.

Varda easily ignites our hopes that Mona will conform, that she’ll connect with someone and move out of the downward spiral that leads her from being merely dirty and dishevelled to truly destitute and finally dead. And indeed, it is impossible not to sense Varda’s own empathy. A zealous, passionate woman who refuses the platitudes that characterise so much of everyday interaction, Varda brings her sensibility to this study, transforming Mona’s bleak journey into a searing and compassionate portrait that implicates her viewers as much as her characters.