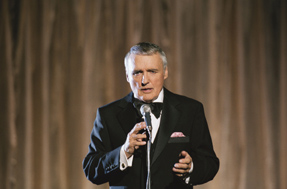 In the opening of his excellent article on unjustly neglected qualities of Frank Sinatra’s acting – published to mark the iconic singer’s death in 1998 – Robert Horton discusses the movie-like quality of Sinatra’s album covers (1). Horton draws parallels between the Sinatra pictured alone, cigarette in hand, illuminated by the melancholy blue streetlight on the cover of 1954’s In the Wee Small Hours, and the actor who unguardedly bares his soul in such films as From Here to Eternity (Fred Zinnemann, 1953), Young at Heart (Gordon Douglas, 1954), The Man with The Golden Arm (Otto Preminger, 1955) and Some Came Running (Vincente Minnelli, 1959), in performances which demonstrate and extend the “fearlessness” of one strand of the Sinatra persona (2). Horton calls the album covers “little movies”, highlighting the relation between Sinatra’s musical and filmic personae, and seeing his singing and his stage performances as akin to a form of film acting (3). 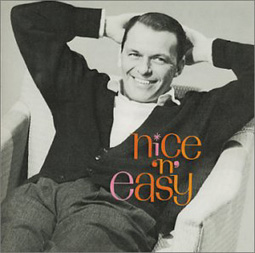 On seeing the recent Australian film directed by Paul Goldman, The Night We Called it a Day (2003) I found myself pondering the Sinatra that is presented within its fiction, wondering which of these album covers, if any, the film most evoked. Rather than the contemplative dark-night-of-the soul images of Where are You? or Only the Lonely, I found myself picturing the more anodyne, self-satisfied and often almost impenetrable images which grace such later Capitol albums as Look to Your Heart and Come Dance with Me!: hard-lit, “cut-out” portraits which lack even the ease and comfort of such Rat-Pack-era albums as Nice ‘N’ Easy (4). They are all surface, suggesting advertising displays of Sinatra’s one-dimensional image more than “direct” engagement between the camera and its characteristically elusive subject. At one level, this resemblance is hardly surprising, as the “key” incident which Goldman’s film takes as its focus, Sinatra’s partly aborted Australian tour, took place during the long twilight of his career, a now semi-forgotten period in which he struggled to make work of any lasting impact.

Focusing on one of the icons of 20th century popular culture – or at least, creating a “world” which circulates around him – the film has to choose whether to provide an iconoclastic view of its subject or a portrait filtered through the multitude of images, sounds, legends and popular knowledges pertaining to its talismanic, centrifugal figure. Unfortunately, Goldman tries to meld these two approaches, making a fairly half-hearted and only vaguely interesting stab at both. This is partly a result of the misplaced emphasis and structure of the film. I would assume that pretty much anyone going to see The Night We Called it a Day would be most intrigued by the portrait of Sinatra that it presents, particularly due to the unusual, but pretty successful in many ways, casting of Dennis Hopper in the central role (riffing on the conflict between smoothness and pent-up rage that defines Hopper’s roles in films like David Lynch’s Blue Velvet [1986]). But despite the physicality of Hopper’s performance – the only truly physical or felt thing in the film – The Night We Called it a Day places the character of Sinatra at too great a distance, getting caught up in the rather banal and relatively uninvolving love story between invented Australian tour promoter Rod Blue (the amiable but rarely very interesting Joel Edgerton, playing some distance from the Jack Thompson type I think he might be trying to evoke) and his assistant (played by the ubiquitous Rose Byrne, the new Miranda Otto of Australian cinema).

Several commentators on this film have suggested that it provides a fascinating portrait of Australia in the 1970s, as a youthful society unwilling to kow-tow to the cultural and social imperialism of the United States (and thus as somehow reflective of or nostalgic for the brief moment of hope represented by the Whitlam-era). But this aspect of the film is underdeveloped, beyond its washed-out cinematography, period affectations of style and costuming, and a particular set of can-do, tall-poppy-cutting platitudes which help propel the narrative. For example, David Field’s lurid portrayal of Bob Hawke is little more than a cartoon (and I mean it seems to have as much density as a line drawing), its connection to the broader (and future) legend of Hawke restricted to leaden “wink-wink” passing comments on his “suitability” for the Prime Ministership someday. The representation of Sinatra has similar problems: although his physicality is embodied well by Hopper, and Tom Burlinson’s vocal impersonation is sometimes startlingly exact, the actual references to his rich “legend” are largely limited to well-known, almost clichéd elements (you will learn nothing new or different about Sinatra by watching this film). This is a film with a rich subject that is almost totally lacking in any richness of observational or historical detail.

The most disappointing aspect of this desperately ingratiating film is that by trying to avoid alienating any potential audience, it ends up satisfying no-one. It isn’t particularly bad – except in its “everyone’s a winner” final moments – but it isn’t very interesting either (and it really should be). For this intermittent fan of Sinatra as both singer and actor, The Night We Called it a Day fails to satisfy partly because it wilfully avoids and ignores much in the way of on-going historical processes and events (and fails to provide an adequate reading of what makes Sinatra fascinating). Even the vaguely threatening quality of the Sinatra persona – which I’m sure was very real, and which Hopper is more than able to deliver – is softened and diminished by the end of the film. On watching The Night We Called it a Day, one might get the sense that Sinatra had no knowledge of Australia when he ventured here in 1974, and that he would definitely never have returned here after the incidents that unfolded. In fact, neither of these assumptions is true. In order to make its plot and set of oppositions work in a cleaner and more isolated manner, the film provides little historical content and resonance beyond the bare minimum set of events which led to Sinatra’s partly aborted tour, creating the character of Rod Blue to help enforce these limits. A more interesting film might have drawn upon Sinatra’s earlier and later visits to Australia, and particularly the links that could be made between his comments at various points during the 1974 tour and those apocryphal ones made by Ava Gardner in 1959 at the conclusion of the filming of On the Beach (Stanley Kramer, 1959). Sinatra, who had been married to Gardner and reportedly still held a torch for her, toured Australia during the On the Beach shoot – a more imaginative film would have played with this fact.

The choice of Hopper as Sinatra was definitely intuitively right – he is able to capture the somewhat paunchy but still coiled intensity of the 59-year-old Sinatra – but the film doesn’t really do much with the actor, failing to express itself in and through him. In some ways it is too much like the easy stage patter of the later Sinatra himself. This is a film that desperately needed to fantasise and extrapolate upon its central premise (maybe in the way that Nicolas Roeg boldly places Marilyn Monroe, Joe DiMaggio, Joseph McCarthy and Albert Einstein together in Insignificance [1986] or Allan Arkush imagines the Oval Office meeting of President and pop icon in the TV-movie Elvis Meets Nixon [1997]). On the other hand, maybe some of the weaknesses of this film are also an indication that the story of Sinatra’s 1974 visit to Australia might make an engaging bar-room anecdote (the kind that Sinatra was so consummate at telling) but can’t fill a 100-minute feature – at least one so lacking in detail, purpose, cinematic knowledge and genuine subtext as this effort. Nice ‘n’ easy definitely doesn’t do it.