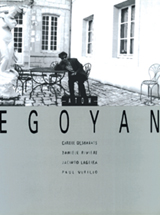 It seems nothing short of extraordinary that no book-length study of Atom Egoyan by English-language scholars has been published to date. Exhibit A: For over a decade, Egoyan has been enticing critics, cineastes, and (more modestly) international audiences with his consistently intriguing and individualistic oeuvre. Exhibit B: Egoyan (like fellow Canadian, David Cronenberg) staunchly upholds the principles of auteurism, that quaint religion of old which these days finds its followers mostly died, deserted, or detained by any number of pagan sects praying to false gods going by such names as Dogme ’95 and Tarantinoism. Exhibit C: Upon discovering such a rare species as that described in Exhibits A and B, film scholars can be duly expected to trip over themselves and tread colleagues underfoot in the mad rush to capture, lay claim to, and commence meticulous classification of said prized beast. Of course, Egoyan has been exalted in shorter form in the requisite Times profiles and film festival programs, and treated to lengthier ruminations within the pages of film journals (Amy Taubin in Film Comment, Richard Porton in Cineaste) and in as-yet-untranslated German and Spanish texts. But those who seek a cumulative consideration of all things Egoyan must go where every intrepid film-follower has gone before in search of appreciation for that genius-of-tomorrow who is not yet heralded the world over – to the French.

The DisVoir monograph on Egoyan, published simultaneously in both French and English and simply titled Atom Egoyan, is not so much a book as it is a heavily illustrated volume of three essays and an interview (conducted via videotape) with the filmmaker himself. Published in 1993, it is indisputably a dated affair, appearing roughly at the midpoint of Egoyan’s career to date and just as he was beginning to enjoy acclaim outside Canada (again, let’s hear it for the French). And yet, what is undoubtedly a noble effort to profile a worthwhile subject is nevertheless tainted by an undeniable whiff of promotional non-objectivity, a.k.a. propaganda. Exhibit A: The volume received financial support from the Ontario Ministry of Culture, Tourism & Recreation, in whose cinematic corridors the Toronto-based Egoyan is the favourite son (Cronenberg proving too controversial). Exhibit B: The relentlessly laudatory treatment that the DisVoir essayists apply to their lofty musings at times comes off reading like a highbrow version of that paragon of film scholarship as PR, the film festival program. Exhibit C: The transcript of the videotaped interview reveals a cloying and dubiously constructed stunt, saved only by the indefatigable articulateness and insight with which Egoyan holds forth on the subject of his own work.

And, just for good measure, Exhibit D: Though the volume’s scope extends through (and the filmography lists) 1993’s Exotica – the film that catapulted Egoyan into the international (if not the mainstream) arena – the three essayists seem to have reached an unanimous decision to fixate stubbornly and exclusively on only four features: Next of Kin (1984), Family Viewing (1987), Speaking Parts (1989), and The Adjuster (1991). Perhaps, considering the narrow confluence of publication deadline and release date, the omission was unavoidable. Calender, Egoyan’s other 1993 release and seemingly his most personal film, also gets short shrift, mentioned only in passing and even then with apparent hesitancy. The same goes for his early shorts and other minor works.

Alas, beggars can’t be choosers – and despite these frustrating omissions, there are some admirable insights into Egoyan’s work to be found within, even if it means slogging through a lot of highfalutin affectations to locate them. I would not be laboring this point if reviewing a study of Robert Bresson or Alain Resnais or even latter-day Jean-Luc Godard, filmmakers whose work dishes out rewards only after a difficult bout of bowing and scraping on the part of the spectator – so how could one expect any less of an effort to go into deriving the comparable fruits offered up by the relevant scholarship? Mind you, I’m not pushing for the publication of Egoyan for Dummies, but the beauty of Egoyan’s work has always been that its creator refuses to confine it to a theoretical void. Or, to put it more crassly, it’s arty but never boring. There is still good old-fashioned narrative pleasure to be found, albeit not of the conventional Hollywood variety (thank goodness). Even in the stylistically demanding and borderline dry Calender, a love triangle plotline is realistically and movingly (but never sentimentally) depicted. Regretfully, there is very little narrative pleasure to be gotten from the DisVoir edition. Essentially, given the sensibility of Egoyan’s work – a world away from the austerity or theoretic quality of Resnais or Godard for instance – I feel a warmer, more humanistic approach is needed. My central dissatisfaction with the study then is not in what the authors have to say but in how they say it.

The first essay, Carole Desbarats’ “Conquering What They Tell Us is ‘Natural'”, is the most lucid and engaging of the three. It begins by providing an historical account of and framework for Egoyan’s work – especially helpful for those whose knowledge of Canadian film culture stalls after John Grierson. Desbarats is primarily concerned with looking at how Egoyan’s work succeeds in turning the “family romance” genre on its head (and then kicking it down the stairs and out of the house altogether). Egoyan, born in Cairo to Armenian parents and Canadian-raised, has always been interested in cultural and geographic displacement, but he (and Desbarats) seem more pressingly occupied with other modes of familial displacement – sexual/emotional “perversity” and the effects of technology on the private sphere, to name two (often these are irretrievably intertwined). Egoyan’s films, it could be said, literalize the “family romance” genre, incest and incestuous relationships being just one staple of the Egoyan canon.

The one thing you can be sure of when venturing into an Egoyan film is that no family depicted within will be of the boringly happy variety. Desbarats does a neat job of tying up the causal chain that Egoyan constructs around video technology and selective memory, familial repression and linear narrative structure. One important point that emerges is the thematic interdependency between style and narrative in Egoyan’s films. Skewed temporality and sequences of video self-reflexivity may show up in every other hip indie film nowadays, but with Egoyan it always means something. On this point I’d like very much to know what Desbarats would make of Egoyan’s more recent films: the flashback and flashforward framework that gives Exotica and The Sweet Hereafter (1997) their electrifying climatic jolts, and the centrality of video sequencing in illuminating the psyche of Felicia’s Journey (1999) psychopathic protagonist (Bob Hoskins). The former relates to one of the common criticisms of Egoyan, that his rejection of linear narrative is mere directorial manipulation, a cheap (but effective) means of building suspense and adding an affected “artiness” to his films. What Desbarats’ essay, along with the concluding interview, makes clear is that Egoyan is committed to telling his stories not chronologically but from a vantage point of remembrance.

Jacinto Lageira’s “The Recollection of Scattered Parts” operates very much in tandem with Desbarats’ piece, the two authors’ readings proving as incestuous as a couple of Egoyan characters. The strongest portion of this second essay involves delving deeper into the Freudian reading, set up by Desbarats, of “substitution” as a means by which taboo desires are satisfied. Lageira is successful in wedding this idea of substitution neurosis to recurring themes in Egoyan’s work, i.e. alternate families, shifting identities, and false memory. In comparison to Desbarats’ piece, however, Lagueira’s distanced tone and less vivid textual examples present a frustrating hurdle to grasping his ideas and fail to convey the magic of Egoyan’s films.

It’s more of the same in the final essay by Danièle Rivière. Its title, “The Place of the Spectator”, promises an intriguing premise that’s regrettably abandoned forthwith by a tedious reading of the Biblical/mythological allusions and apocalyptic imagery that, according to Rivière, are replete throughout Egoyan’s oeuvre, but especially pronounced in The Adjuster. It’s not that I disagree, I simply think there are far more fascinating topics of discussion among the literal elements of Egoyan’s work. I suppose I’m also put off by such drawn-out attention paid to The Adjuster.

Just to insert my two cents, Family Viewing is for my money Egoyan’s most accomplished and satisfying work to date. By turns disturbing, moving, and darkly humorous, Family Viewing beautifully showcases Egoyan’s then-emerging confidence as a director. He’s helped along by a memorably hypnotic score and excellent performances from some of the early members of his talented coterie of actors. Like all great artists, Egoyan is not infallible – courageous enough to attempt the high wire, he runs the risk of getting tangled in the net. The Adjuster‘s absurdism and Calender‘s abstraction can be alienating, and Next of Kin remains technically amateurish. The Sweet Hereafter owes a significant debt to Russell Banks’ novel though it seems almost to have been written for Egoyan to film, so closely does its themes resound with Egoyan’s own. Even Exotica, with its scintillating milieu, dramatic pacing, and thrilling finale, relies too much on titillation and temporal manipulation. Family Viewing, on the other hand, continues to prove rewarding after multiple viewings, exhibiting the idealism of a young artist with the intelligence of a mature craftsman.

As Egoyan’s films start, his characters and his spectators are (literally and figuratively) in the dark. The “heroes” (if you can call them that) of Egoyan’s films are the truth-seekers – the people who search to uncover what denial and repression has long buried and who trust language over visual images in their quest for truth. If there’s one thing to be gleaned from Egoyan’s films, it’s that you can’t believe what you see. Or, as Lageira puts it, “Vision is not always insight.” But far more than playing Oz, Egoyan’s concern has always been in demonstrating how the illusions are wrought – the curtain itself being more important than the man cowering behind it.