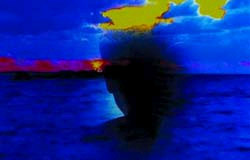 “Jean-Luc Godard? Is he still working? I thought… well, I thought he was dead.” It’s a depressingly common response from even relatively well informed moviegoers when one mentions that the greatest of French New Wave rebels is indeed still working and going from strength to strength. No one present at the intensive, four day conference For Ever Godard can have come away with any doubt of this in his or her mind. While his early ’60s films have achieved a certain pop culture status, the melancholy video pronouncements on the history and fate of the twentieth century and the cinema’s place within it that have issued forth from the seclusion of his Swiss lakeside home over the past twelve or so years will never come close to matching their popularity. Nor will the more muted feature films of the ’80s, from the very personal reflections of Sauve qui peut (la vie) (aka Slow Motion, 1979) and Passion (1982) to the anarchic Détective (1985) and Prénom Carmen (First Name Carmen, 1983) and the overwhelmingly intense Je vous salue, Marie (Hail Mary, 1985).

Therefore, it is refreshing that this conference was dedicated to the world’s (still) most profound cinematic thinker/practitioner/provocateur’s later films and videos. While some time was given to the ’80s work, his endlessly fascinating video monument of the ’90s, Histoire(s) du cinéma (1988-98) dominated the conference. The fact that London’s Tate Modern Gallery was the venue for this conference is particularly significant given that no new Godard movie has been commercially released in Britain or Ireland for almost fifteen years. Another cause for celebration was a splendidly ambitious retrospective of every available Godard work running simultaneously at the National Film Theatre.

Organisers Michael Temple, James S. Williams and Michael Witt brought together an international group of speakers and panellists, varied both in approach and quality. Many of the more interesting pieces dealt with navigating the contradictory, labyrinthine Histoire(s), such as Antoine de Baecque’s discussion of Godard as a museum (and what sort of museum) or Libby Saxton’s extremely productive comparison of Godard’s treatment of the Holocaust with Claude Lanzmann’s in Shoah (1985), prompted by Godard’s disturbingly perfunctory dismissal of Lanzmann’s approach. Another highlight was Laurent Jullier’s discussion of sound in both the Histoire(s) and Nouvelle Vague (New Wave, 1990), exploring the link between the rich patterns of music (or “Godard’s discotheque” as Jean-Marie Straub put it) and the ECM music label which released both films’ soundtracks.

Perhaps the most exciting presence at the conference was artist Gérard Fromanger, inseparable friend of Godard for two years at the end of the ’60s. His talk was accompanied by a screening of the short film or cine-tract, Le Rouge (1968), co-made by Godard and Fromanger, in which the artist is shown creating (with the manual help of Godard) a painting of the French flag in which the red seeps over the other colours like a widening pool of blood. Fromanger also provided some memorable anecdotes about Godard’s attempts to learn to draw and his first meeting with the filmmaker in which both men apparently sat in silence for five hours before speaking. When Godard finally did so, he immediately asked for an exact description of how Fromanger created his flag paintings, which he immediately tried to replicate!

The conference also offered an opportunity of seeing several of Godard’s short works of the last two decades. The Old Place (2000), made with his long time collaborator Anne-Marie Miéville, received its UK premiere. Sharing many of the techniques of the Histoire(s), this fifty minute video essay uses the now familiar format of found footage and dense quotation to movingly explore the possibility of art’s continuing existence in the face of humanity’s increasing rootlessness. More relaxed and lyrical than the Histoire(s), its melancholy is sometimes tempered with some memorably humorous moments, such as Godard’s suggestion that the great message to humanity contained in a spacecraft programmed to return to earth to teach our descendants about life on earth now is to screen a Griffith film every year! But the despairing spirit of the atrocity images he discusses near the start of the film is seldom far from the surface and takes centre stage in the most impressive work screened over the four days, the blistering De l’ Origine du vingt et unième siecle (The Origin of the 21st Century, 2000).

Commissioned to open the 2000 Cannes Film Festival, it manages to present a picture of modern history more harrowing and shatteringly pessimistic than almost any epic reconstruction, in fifteen swift, painful minutes. Again using found footage, it opens with a slow, haunting image of a bus full of people coming out of darkness, passing the camera and being swallowed up again by the night. It is the start of a nightmare journey back in time through the twentieth century, a journey of images, from a man pissing on a woman’s face in a contemporary porn video back to the horror of the First World War, passing through a sobering catalogue of scenes that frequently make one ashamed to be human.

Never has Godard’s unique, maybe increasingly unique, mastery of sound and image been more in evidence. Forty-two years after À bout de souffle (Breathless, 1959) Godard is still at the forefront of cinema, only back then he was pushing it forward. Now cinema has proven itself simply unable to keep abreast with him; it fell behind many years ago. If Godard is an obscure figure in the landscape of contemporary filmmaking, it is only because he is so far ahead of everyone else. A dot on the horizon breaking through the time barrier into a zone whose existence only a mere handful of people seems to remember: the future of the moving image as a developing art form.

If Godard’s films bring the cinema into contact with its future, those of Philippe Garrel feel like they have always been there. They seem to exist and unfold outside of time in an intimate, almost private space where events, both personal and historical (although the two are always inextricably linked), often do not happen so much as suddenly have happened, leaving their bemused protagonists to try and catch up with them. It is therefore perhaps oddly appropriate that the two-day conference on Garrel’s work organised by Fergus Daly in Dublin, which took place immediately after For Ever Godard, was a far smaller affair. Indeed it was jokingly suggested more than once that the group of about ten Garrelians who met at the Irish Film Centre to reflect on his extraordinary body of work were closer to followers of an obscure religion or members of a secret society than anything else!

The papers were of a uniformly high quality. Adrian Martin (who also delivered an exceptionally good piece on Godard’s lyricism at the London conference) opened proceedings with an “Ode to Garrel”, the best introduction to the director’s work I have ever encountered. Fergus Daly discussed his films in relation to those of Jacques Doillon. Tony McKibbin put the male protagonist of Le vent de la nuit (Night Wind, 1999, the most discussed picture at the conference) in the ‘male loner’ tradition of such road movies as Im Lauf Der Zeit (Kings of the Road, Wim Wenders, 1976) and Five Easy Pieces (Bob Rafelson, 1970) and the female lead in line with the desperate heroines of Voyage to Italy (Roberto Rossellini, 1953), Gertrud (Carl Dreyer, 1964) and Il Deserto Rosso (Red Desert, Michelangelo Antonioni, 1964).

Brad Stevens spoke on childhood in Garrel, a talk expanding on his Senses of Cinema article on Le Révelateur (1968). Garin Dowd explored states of emergence and emergency in Garrel, while Fabien Boully looked at Le Cour fantôme (The Phantom Heart, 1995 – although a better translation, respecting the reference to E. A. Poe, would be The Tell-Tale Heart) in relation to the two complementary dramaturgies, dialogue-based and plastic, which Jean Douchet described in the preface to Thomas Lescure’s book on Garrel, Une caméra à la place du cour (Admiranda/Institut de l’image, 1992).

The one dissenting voice among this hive of Garrelians was Jonathan Rosenbaum’s. He outlined his doubts about the existence of a political dimension to Garrel’s films and the ethics of watching some of the ’70s portrait films, whose gaze he considers essentially voyeuristic. He also spoke of his sense of exclusion from the closed world of the later films. The conference concluded with a panel composed of Rosenbaum, Martin and John Orr, which discussed a wide range of issues. 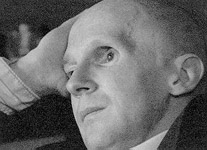 The films which accompanied the event were Liberté la nuit (1983), La Cicatrice intérieure (The Inner Scar, 1971), J’entends plus la guitare (I No Longer Hear the Guitar, 1991), Les Hautes solitudes (1974) and L’Enfant secret (The Secret Child, completed 1979, released 1982). This is a very well balanced selection, with two works from his more overtly experimental phase in the ’70s and two from his later narrative work, as well as an extremely rare opportunity to see the seminal L’Enfant secret. None of us at the conference who came from English speaking countries had seen either this film or Les Hautes solitudes before.

Les Hautes solitudes is a silent, black and white study primarily of three women – Nico, Tina Aumont and, especially, Jean Seberg – and the nature of performance (a man, Laurent Terzieff, also fleetingly appears). In a series of close up images of heart stopping beauty, the sort that bring to mind Jean Renoir’s claim that it was the power of the close-ups of actresses in the cinema of the ’20s that made him want to make films, Aumont and Seberg improvise psychodramas.

L’Enfant secret was the first of his autobiographical narratives and certainly among his most beautiful. Made very cheaply, its roughly luminous, black and white images feel like they come from the cinema of another age, neither pastiche nor critique in the Godard manner, but possessing a sort of innocence and magic that can only be compared to Jean Vigo. Structurally, this most fragmented of his autobiographies is closer to the solemnity of Robert Bresson, a perhaps inevitable comparison given that both its leads (Anne Wiazemsky and Henri de Maublanc) were Bresson ‘models’ in previous films (respectively, Au hasard, Balthazar [1966] and Le Diable probablement [1976]).

Although Garrel himself could not attend, it was for the best possible reason: he was shooting a new film. Whatever it turns out like, these two days have shown that it will certainly not go unappreciated.