By way of an introduction.

For those not fully engaged with the vagaries of the underground it should be observed that the underground is a contested space. Some would suggest underground films must be transgressive and against the academy, others that high structualist cinema is the underground. Some see it as a temporally specific movement associated with the New American Cinema of the late ‘50s and ‘60s New York. People have suggested that it has been both destroyed and saved by the Internet. But, wherever people position themselves, one thing is certain: despite the end of the New York Underground Film Festival in 2008 other underground film festivals are popping up everywhere, suggesting a genuine desire for alternatives to the stupefying world of multiplex culture. 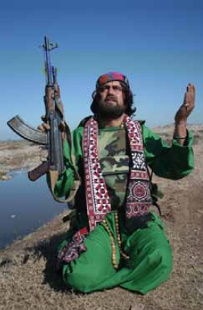 Now in its second year, the Sydney Underground Film Festival has already positioned itself within this cultural milieu. Located at the Factory in the city’s hipster Inner West – ostensibly a music venue that transforms into a two-screen venue for the event – the festival provided a much-appreciated free bus service to Newtown Station throughout the weekend.

The strongest of these themed sessions – and something of a trump card for the festival – is Material Action, which is thoroughly engaged with the numerous questions associated with the medium and included such work as Bill Morrison’s brilliant Who By Water. This emphasis on the radical and experimental nature of the underground offers an aesthetic engagement with the process of cinema that is long overdue, and it is rewarding to see the number of young or emergent filmmakers who are still willing to truly fuck with the form.

Similarly impressive was the Re:Animation session, the high point of which was the graffiti piece Muto directed by Blublu. This short film depicted the streets as they turned into a canvas for subsequently transformative animation. The film re-imagined both the public space and the social function of graffiti. Also noteworthy was the abstracted piece New Education Series Canaries In Colour by Jill Kennedy. 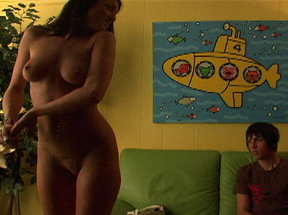 The festival also screened a number of feature films, many of which were premieres, including the opening night movie George Gittoes’ The Miscreants. This film presented many of the issues, both aesthetic and political, that informed much of the festival, making it an excellent choice for opening night. Rather overshadowed by Gittoes’ feature, the night also saw two new shorts by prolific animator Martha Colburn both of which were expertly realised.

Also included was a much-appreciated retrospective screening of John Waters’ classic “breakthrough” melodrama Polyester (1981) – complete with Odorama Cards for the audience. For me the one programming aberration was the inclusion of Anthony Hopkins’ Slipstream, a movie that cannot be viewed as underground.

Alongside the screenings the festival featured a number of lectures and public talks. This should be the zone in which the intellectual possibilities of the underground become realised, where multiple voices are heard, friendships formed, and ideas exchanged. But, annoyingly, these were held on weekday lunchtimes meaning that only the unemployed or students could attend, a frustratingly exclusionary practice. This effectively stymied the talks from realising their full potential, and one hopes that next time they are programmed to enable everybody to attend.

This year also saw the release of a compilation DVD featuring a three-hour selection of movies from the first Sydney Underground Film Festival. Indicative of the high ambitions of the event, this is a radical and inspirational gesture that enables audiences to engage with the underground beyond the simple confines of the festival scenario, allowing the infectious inspiration of the underground – the DIY attitude, the experimentation, the radicalism, the fuck you attitude, the humour, and the imagination – to spread. Your cheques should be in the post.