When they named their production company Les Cinémas de la Zone, Lucile Hadžihalilović and Gaspar Noé made a statement of intent, a clear conceptual point of origin. The words are French, the company is grounded in national business practicalities; but that Zonal idiom reflects an outsider mentality, filmmakers who see themselves far removed from bourgeois France. Hadžihalilović and Noé are both immigrants – she born in Lyon to a Yugoslavian-Bosnian father and French mother, but growing up in Morocco; he emigrating to Paris from Argentina at age 12 – yet they are also graduates of two mainstay French institutional hubs, the IDHEC and Louis-Lumière film schools, respectively. As such, while these two collaborators are now iconic contributors to France’s cinema ecosystem, they still view their adopted homeland askance, askew. And Les Cinémas de la Zone – begun artisanally in 1986; a formal enterprise after 1991 – is on both fronts Hadžihalilović and Noé’s creative professional hub.

Based in the 10th arrondissement of north-central Paris, just off the Strasbourg Métro and up the rue de Faubourg Saint-Denis, Hadžihalilović and Noé’s base of operations is in one of the city’s most diversely multicultural areas. Late at night – I interviewed Noé most recently well after midnight – and all week long, the district teems with energy. It’s a mix of global bars and cafés, small businesses, tiny clubs and hotels, vendors, a few shoestring galleries, and a dense urban population packed into four-or-five-storey narrow streets. As in the best of Paris, you get creative charge here from simply walking a hundred yards – conversation and culture come at you from all sides.

So how does Les Cinémas de la Zone work?  The set-up, according to Noé, is a highly intentional blend of logistical autonomy and artistic sensibility. Primarily, the company started as a post-graduation means to support unconventional productions of all lengths and formats: from micro-shorts and music videos, to mediums, commissioned works, and, most notoriously, a run of incisive combative features. Hence, Zone-produced early projects like Hadžihalilović’s La bouche de Jean-Pierre (1996, fiction short) Good Boys Use Condoms (1998, commissioned short), and Noé’s Carne (1991, short) and Sodomites (1998, commissioned short), whose comparative visibility let the duo negotiate for state funding and distribution deals. With Canal Plus initially the only funding source ready to invest in such divisive output,1 the “necessary social structure” of the Zone venture2 soon encompassed the more ambitious Noé-directed, Hadžihalilović-edited, I Stand Alone (1998’s nominal sequel to Carne), which grew in length as it went along. Hadžihalilović and Noé’s multi-modal trajectory – with some echoes of Georges Franju, Agnès Varda and Chris Marker before them – manifested in media of all running lengths, from non-fiction miniatures, to highly stylized commercials, carefully conceived music videos and assertive longer fictions. 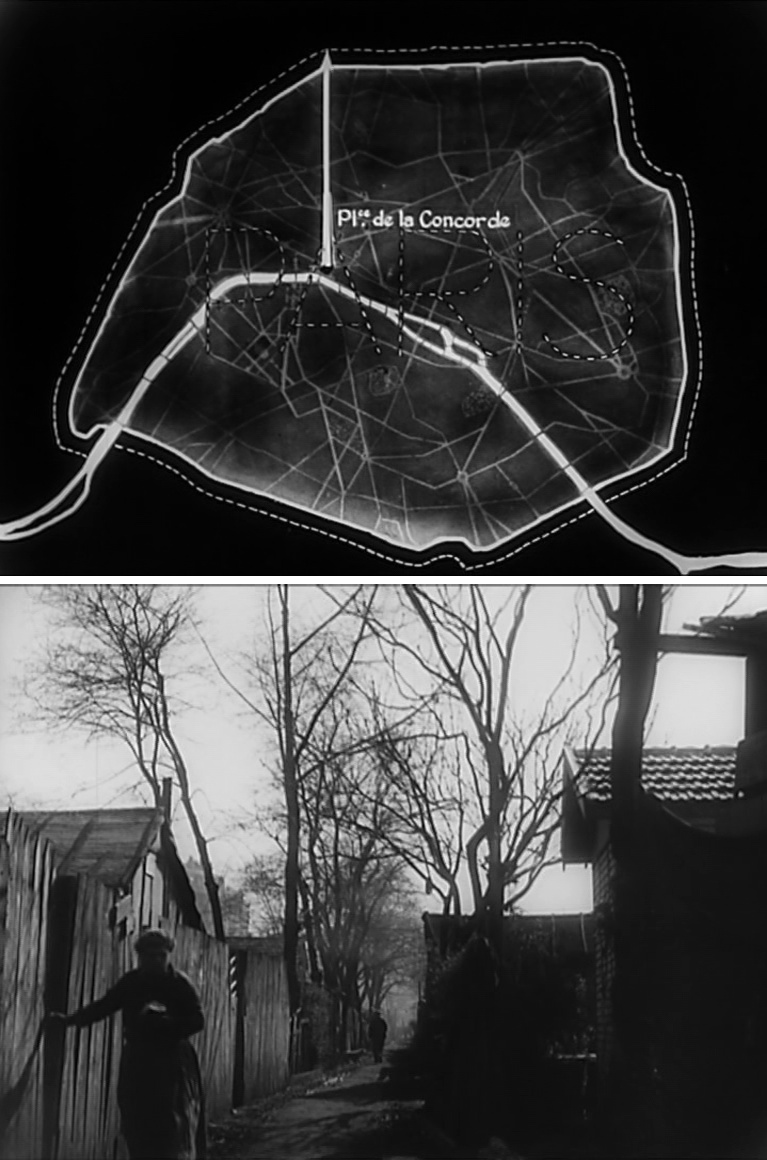 Bottom lines aside, there are artistic residues in the Zone label too. First, it puts Hadžihalilović and Noé, both deeply applied cinephiles, literally and figuratively right into the forbidden heart of Tarkovsky’s Stalker (1979). That particular no-go site of screen pilgrimage, an outlander space of radiation, solitude and dark inspiration, as Noé recalled it, “fascinated me, and fascinated Lucile… a place where magic things happen, the unexpected.”3 The Zone tagline also homages a group of Buenos Aires avant-garde artists, painters primarily, whose studio, La Zona, hosted counter-cultural happenings that appealed to Noé before he left Argentina. Most decisively, perhaps, setting up camp in the Zone was Hadžihalilović and Noé’s statement about geography and France’s recent cultural past. Because historically the Zone was a fortification ring that circled Paris, abandoned after France’s disastrous besieged defeat in the Prussian War of 1870, by the early-to-mid twentieth century an urban wilderness, of but not of the city itself, a place associated with poverty and neglect and occasionally the bizarre – situations photographed by figures like Germaine Krull and Eugène Atget. In Noé’s account, this facet of their Zone evoked “the limits of Paris, project building, the immediate suburbs… when you call someone a zonar, it’s someone trying to get into the city, a second-class citizen, from the outskirts, someone who doesn’t fit in… when I arrived in Paris I was in the thirteenth [arrondisement] but close to the limits of Paris, so I never felt French.”4

The aim of these multiple Cinémas and Zones was a fierce shared vision, as Noé puts it, “to show the reality of the outskirts of Paris.”5 Here, again, Hadžihalilović and Noé join a line of cinematic dissidents, filmmakers who see the City of Light from the outside in. Zonal filmmaking, indeed, is a fascinating yet often overlooked historical backbone of French cinema.  In this context there are many 1920s essay films and documentaries, notably the seldom-revived 1929 La Zone: Au pays des Chiffoniers, directed by Georges Lacombe, which depicts a Zone of land and denizens alike as a fugitive collective entity, home of the inveterate gleaners to whom Varda would return decades later, eking out a life on the margins, as if untouched by the twentieth century. The Zone also manifests as a pungent bracketing aside in Nicole Vedrès’s Paris 1900 (1947), the main invisible sector of France’s capital city, a forbidden place where well-to-do councilmen visit only in order to plan a new cemetery. Even more outlandish is the opening segment of Franju’s Blood of the Beasts (1949) – a clear citation for Noé’s Butcher protagonist – which represents the Zone as a surrealist entry point into a city – children playing strange games with junk in fields of stone debris – that leads inexorably to the grim ritualistic allure of murder in slaughterhouses. The same cultural dynamic, the Zone and beyond as a site of city cast-outs – decaying yet ironically uncanny and affecting, even beautiful ― informs everything from Marcel Carné’s unjustly scorned counter-New Wave production, Terrain vague (1960), to banlieue films of the 1990s like La Haine (Kassovitz, 1995) and Ma 6-T va crack-er (Richet 1997), to Fanny Liatard and Jérémy’s remarkable Gagarine (2020), an occasionally fantastical treatment of the soon-to-be-demolished Ivry-dur-Seine HLM tenement. Screen Zone, in this vein of French cinema, is a beacon for filmmaking malcontents, for those keen to capture the entropic poetry of Paris’s outer rim, the city’s expanding detritus belt, its vigorous but less sanctified appetites. 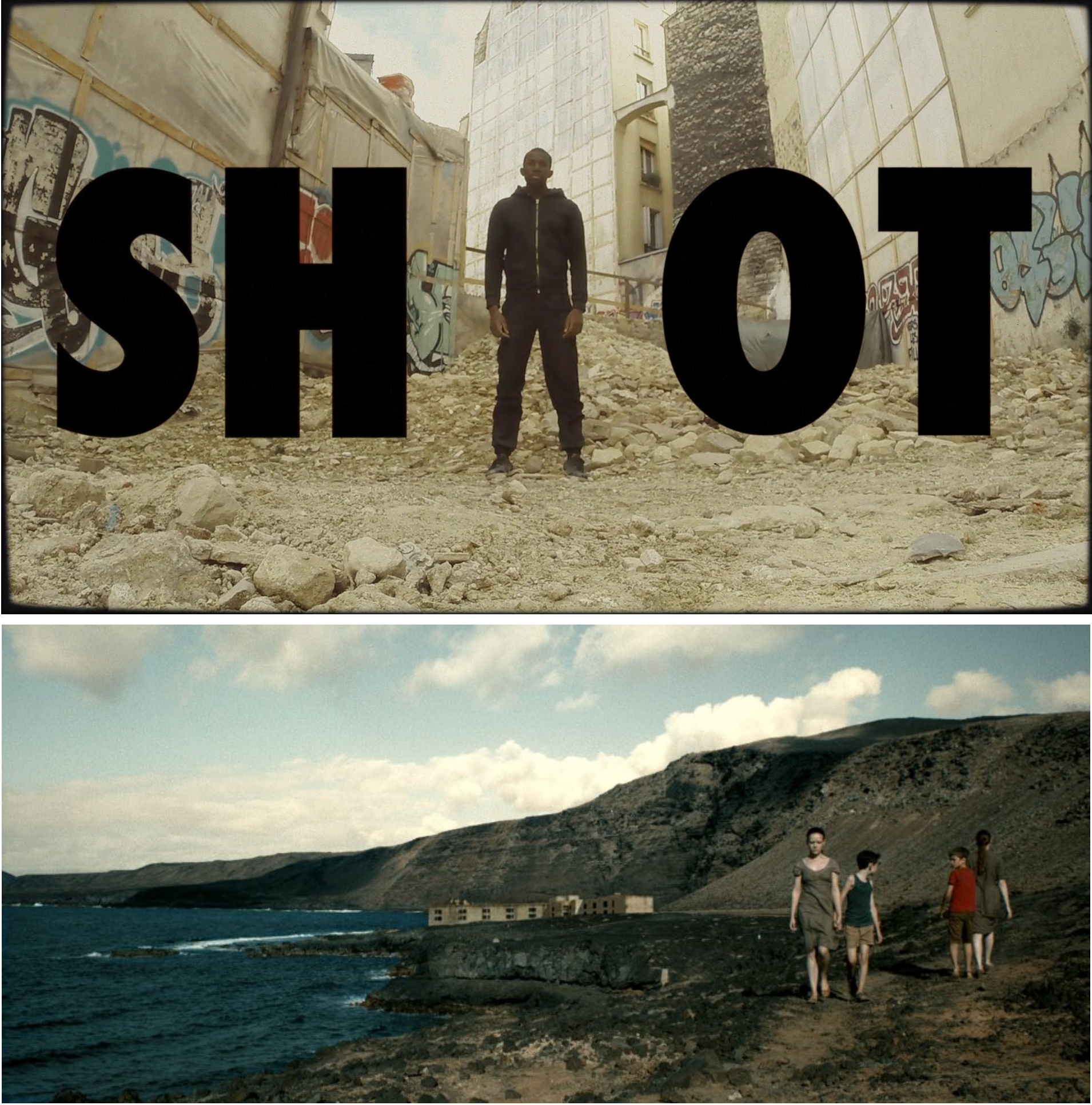 All of which culminates, off-screen and on-, in the bedrock and backdrop for Les Cinémas de la Zone: Hadžihalilović and Noé’s brilliant wasteland aesthetics. For them, Paris and modern France recede or disappear – what emerges instead in their communal mise en scène is a crumbling and derelict fringe area, places where the social contract dissolves, where ferocious passions fester. Sociopathic handlers of meat, rapists in underpasses, and sinister Victorian boarding schools with coffins for buses, are all representative Hadžihalilović and Noé Zone creations. Look at the background of Noé’s Shoot (2014), in which a camera embedded in a football is hoofed wildly about, ricocheting off the graffiti-tagged ruins of a demolished city tenement. Or consider the expansive long shot refrains of Hadžihalilović’s Evolution (2015), in which utilitarian buildings cling precariously to the edge of stony outcrops, on the brink of complete urban abstraction. Or there is Irreversible (2002; 2020), where just a few short stops past the Métro limits, implacable predators come up from underground to destroy the lives of the unwary. In the work of Hadžihalilović and Noé, that is, emanating directly from their Les Cinémas de la Zone headquarters, humanity is a murky feral creature whose heart beats far from well-lit boulevards and orderly social spaces. Architecture today, rubble tomorrow.