A study of three profiled filmmakers at the recently concluded, 68th edition of the International Short Film Festival Oberhausen, and the distinct strategies employed by them to install resonances and intimacies within their cinema.
– AM 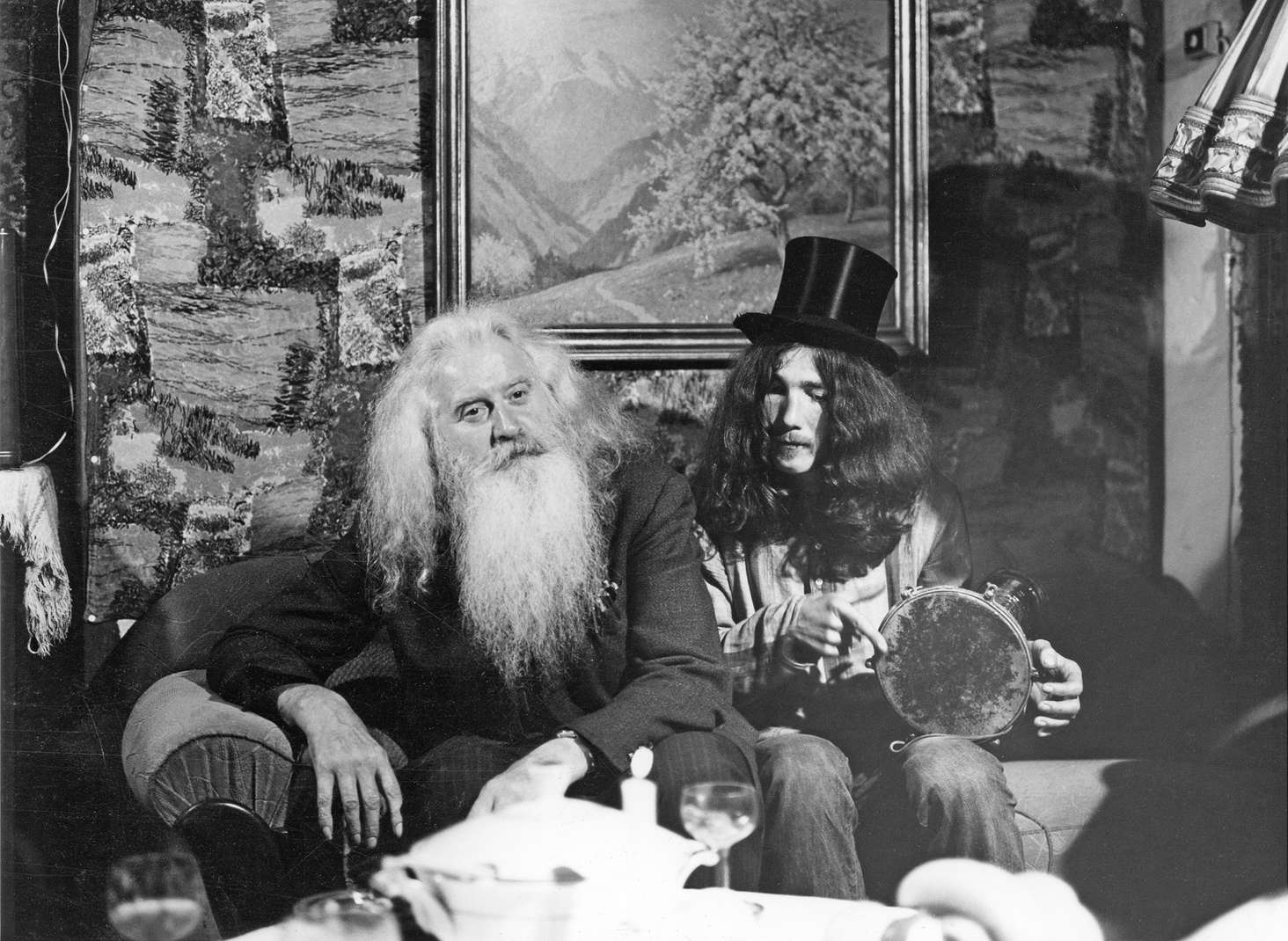 The Mistreatment of Fritz Hofstatt

Rainer Komers does not describe violence; instead, he circumscribes it: when one of the two protagonists of The Mistreatment of Fritz Hofstatt (1981) begins to relay to the viewer an instance of astounding police brutality, Komers cuts to a banal, ‘routine’ image of the town square in Mülheim an der Ruhr, in the grip of midday traffic; indifferent, unaware. This allows Komers to establish – through absence, with focus – malice as a social project. His abandonment of direct illustration is not an aesthetic choice marked by sophistication – think of Lang’s contention in M (1931), where the image of a ball that rolls out of the bushes is enough to imply a tremendous horror. Instead, Komers works through a conscious crudeness of purpose: the point of the abstraction he engineers is to implicate the entire city in the nexus of cruelty, so that an incident of violence cannot be isolated to a single site, to an occasion, or even to a perpetrator, but permeates through the city’s streets, drenches them in a torrent, and emerges as the very totem of existence within it.

Even within a festival edition constituted by a tapestry of titles – delineated into competitive sections, individual profiles and thematic curation – marked by a distinct disregard for custom, Komers’ films stand out as the most radical expression of this ambition. The filmmaker, who trained in filmmaking at the Kunstakademie Düsseldorf, adopted a style of working which allowed him to forge proximities with the individuals he filmed, who were often the constituents of hyperlocal and hermetic subzones – contexts that sprouted in the umbra cast by mainstream history in the second half of 20th century. Influenced by the theoretical as well as the political inclinations of both the Frankfurt School and the New German Cinema, Komers would produce films that would enlist its protagonists as stakeholders in the process – not mere subjects, but also their orchestrators.

In both The Mistreatment of Fritz Hofstatt and 480 Quarters to a Ten (1981), he disengages the indexical images that belong very squarely to the conventional lexicon of the documentary film, from the testimonies, eyewitness accounts, bureaucratic records and anecdotal intimations that float over them as voiceover. This allows him to mark a severance – a collapse of association – that nonetheless provides occasion for the invention of new meaning within his films.

For instance, in 480 Quarters to a Ten, set upon the south port of Duisberg-Hochfeld, Komers cultivates a cautious distance from the workers he films, even as they continue to describe the elaborate, industrial rituals they perform. He overlays a symphony of images of the men at work with an empirical description in their voice of the processes they undertake, the tools they employ, the expertise they possess and the regard that therefore must be bestowed upon them. Here, an elimination of affect allows Komers to perversely attain a singular intimacy with the dock-workers: by choosing to not emphasise their status within the mercenary-hierarchy of contemporary capitalism, and instead acceding to them a status as commentators on their own circumstance, he shares with them a rare power: they are no longer specimens of a certain tendency, but agents who might influence its course. Komers’ films therefore come to compose a lineage of conscious documentary; films that seek to expand the spiritual ambit of the worker-figure within the contemporary, industrial landscape: see Foreign Parts (2010) and Leviathan (2013), but also Episode of the Sea (2014).

A cultivated distance also informs the artistic stratagem of Pati (2010), Sohrab Hura’s debut film and named after the village of its setting – also an accidental foray into the moving-image form for its author. Hura, known chiefly for his work as a producer and curator of still images (he is a Full Member of the famed Magnum Photo collective in Paris), constructed the film on a stressful impulse: he misread email sent to him by the grant-agency which asked its recipients to submit all of the ‘photographs or videos they had prepared at the site they had sought funding to explore’. Stricken by panic and in a rush, Hura misunderstood the ‘or’ as an ‘and’ and concluded that there was no choice but to submit a video. He took an urgent train out to the village, shot footage, and scrambled back to institute a rough sketch – an odd assembly of lo-fi, ill-composed, doodle-like video clips punctuated by stately, voluminous photographs laden with gravity and grain.

The filmmaker, trained as an economist, overlays this carpet of images with a sheet of commentary that includes details of the primary vocations undertaken by the rural community, a statistical deconstruction of their daily schedule and an observation of their deeply entrenched subscriptions to gender. The atonal and removed voiceover, recorded on a cheap microphone by Hura himself, coagulates within the film a reservoir of feeling – it is the friction between the film’s forensic analysis of their lives and the tenderness inherent in images of them that throws their distinct humanity into sharp relief: they are, as the rest of us are, people trying to get by while maintaining sanity.

The anecdote of the email that led to the film’s production may be notable for its triviality, but is relevant for how it embosses the anxiety resident within the molecular centre of Hura’s filmography: this is to say, the tension rife within a still image attempting to break into a kinetic dance. The four films that have come to constitute his filmography so far: Pati (2010), The Lost Head and the Bird (2017), Bittersweet (2019) and The Coast (2020) are in fact, a series of propositions – attempts by a professional accustomed to imbuing a single moment with cosmic weight to now disperse it within a larger temporality. He employs a litany of techniques – the true mark of a dabbler – to try and induce a cinema within the slideshow: the voiceover, speculative fiction, personal recollection, a deluge of images, horror iconographies, banal fetishism, political rhetoric and industrial soundtracks, but genuine transcendence is still elusive.

Ironically, it is the intrinsic intensity of his still images – noted for their ability to sever an object from its context, render it uncanny and thus help it escape the normalcy of an index – that result in films that can feel as if submerged within a grotesque, murky silt; an embroidery of disparate manifestations of light, but never coherent, except on the timeline of the edit software. He constructs The Coast (2020), a film that emerged from the context of a yearly religious congregation that also inspired his acclaimed photobook (entitled similarly), as a series of long-lensed, grainy, slow-motion crescendos of waves in the ocean colliding with the bodies of humans who wait in anticipation. It is in effect, a series of prospective climaxes – a film that demonstrates endless edging, but no finish. This is because while Hura remains a conjurer of incredible single images – his aesthetic is located in the transept between a Nike commercial and David Lynch – he remains hesitant to implant these with a voice, a conscious purpose, personal resonance and most significantly, with his own being. As such, the films become examples of camera with the autonomous click – they are exercises in style conducted by a tremendous technician, but cinema can propel alchemy even within the most stable of indices – the photobook yearns therefore, for animation. 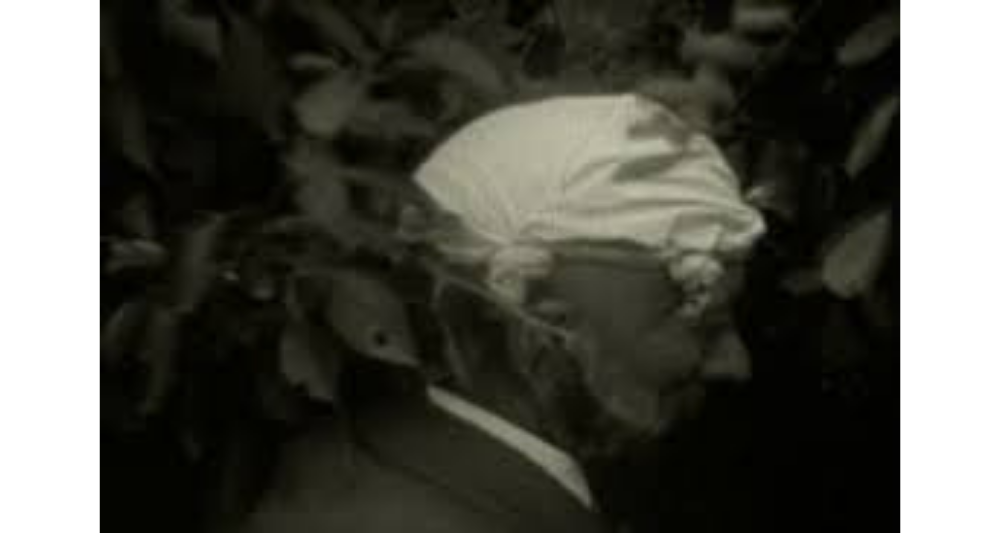 An intermedial vitality is demonstrated in abundance in the work of Sylvia Schedelbauer, a painter who eventually chose to work with films. Schedelbauer was, like Komers and Hura, one of the filmmakers whose bodies of work were profiled in this edition of the festival. Much like Hura, she sets her films within topographies that glean their torrid drama from the ecological site on whose edge – or within which – they are located. As such, she enlists the forest, the landscape of the sky, but also bodies of water to supply her cinema with elemental potency. Her greatest accomplishment, however, is in how she harnesses this essential, almost animist energy present in nature to illuminate an archive of human gestures, actions, rituals and sensations. In this, she causes a collapse of homocentrism, and instead engineers a restitution of the human being back to the universe – in this, Schedelbauer’s work shares resonance with the musical traditions espoused by Pandit Pran Nath, the naive art practiced by Eastern European masters, or the cinema of Artavazd Peleshyan; artists who would encase the narrative of an individual within a cosmic frame. 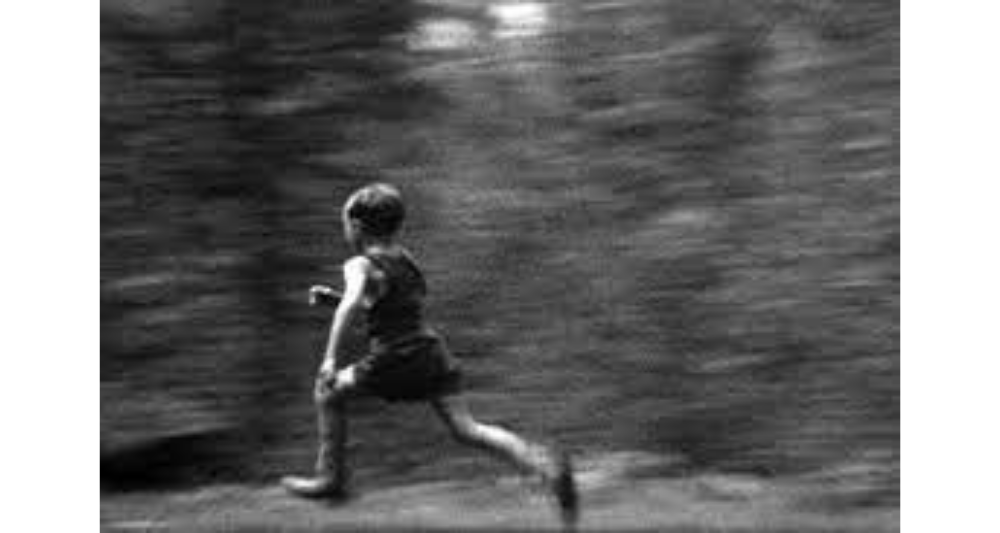 In her 2018 masterpiece, Wishing Well, Schedelbauer engages the binary strobe – a technique she uses freely and often – to construct a fluctuation between the images captured from a drone that continues to depart from a forest and those of a child engaged in mundane play; in time, colours and patterns erupt on screen in order to invoke a fantastic union. Similarly, with both Distant Intimacy (2007) and Way Fare (2009), she repurposes found footage – which she describes as, ‘an archive of impressions registered for no specific purpose but as reminders for later use’ – to invent a brilliant memoria composed of events one was never a witness to, places one has never visited, and people one may never meet (but which still seem familiar). In this, she crafts a deliberate conflation of personal memory with the cultural memory of specific media – films or shows that seem like we may have seen them, but whose name will slip us forever. There is however a grander purpose to this design than a mere observation of how the media we engage with can infuse itself in our veins; it is also to recognise and then declare our collective ownership of an archive of the eternal: we may not be sure of which films these are, but we know the sorrow that is their definition; we may not dress like the characters in them, but we mourn alike. In this, Schedelbauer institutes a monument to the fundamentally uncanny – material akin to our own lives, but not quite. 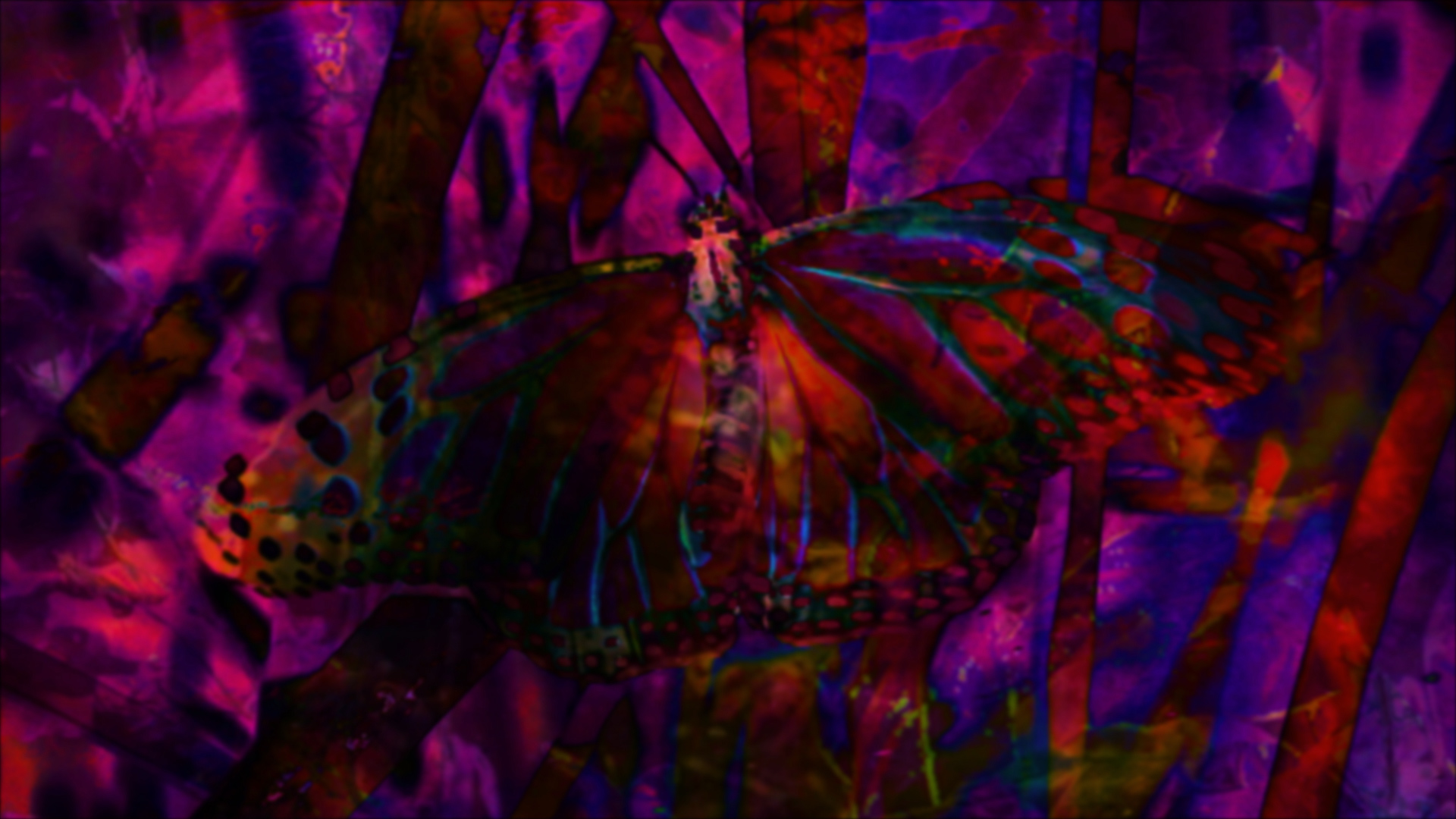 The transfusion of the perpetual past into our present – a grand osmosis peculiar to the cinema – allows her to install elaborate temporal schemes in her films. It is indicated by her usage of ageing, monochrome footage from multiple sources, but also in how she uses a system of dissolves, ellipses, manipulations to rupture continuity and cause a regime of thick time to descend upon her films. This can induce – as in literally, such as with Distant Intimacy and Way Fare, or figuratively, such as in Labour of Love (2018) – a demolition of the various arbitrary hierarchies induced by the industrial complex within the minds of the audience and instead unify into a smudge with a larger, invisible consciousness.