In the 1960s, the experimental cinema scene was exploding on a world wide basis. In the era before digital technology, cellphones and email, film was seen as the most immediate and accessible art form, one that could convey ideas and messages across international boundaries in a language that everyone could understand. In addition, it was remarkably cheap to make films and art in the 1960s, as the cost of everything was a fraction of what it is now, with film stock and processing becoming more and more expensive. Video wasn’t yet an option, still being in the Portapak stage, and film itself was remarkably cheap. Everyone who wanted to make a film did exactly that, usually using a Bolex camera and 100ft loads of film, with an optical soundtrack added later – or perhaps, presented as a silent work.

As an example of this, I made 20 minute 16mm black and white sound film entitled Distance (1968) while working at the Lab, which cost a total of $20, including raw stock, developing, and the final print. I used a borrowed camera, donated labor from actors and technicians, and shot it in three days. The main centers of this filmic revolution were New York, San Francisco, London and Paris. The New York underground, centring on the Filmmakers’ Cooperative and the Filmmakers’ Cinémathèque, has been well documented in numerous books, and in San Francisco, the work of Canyon Cinema has also been well publicised. 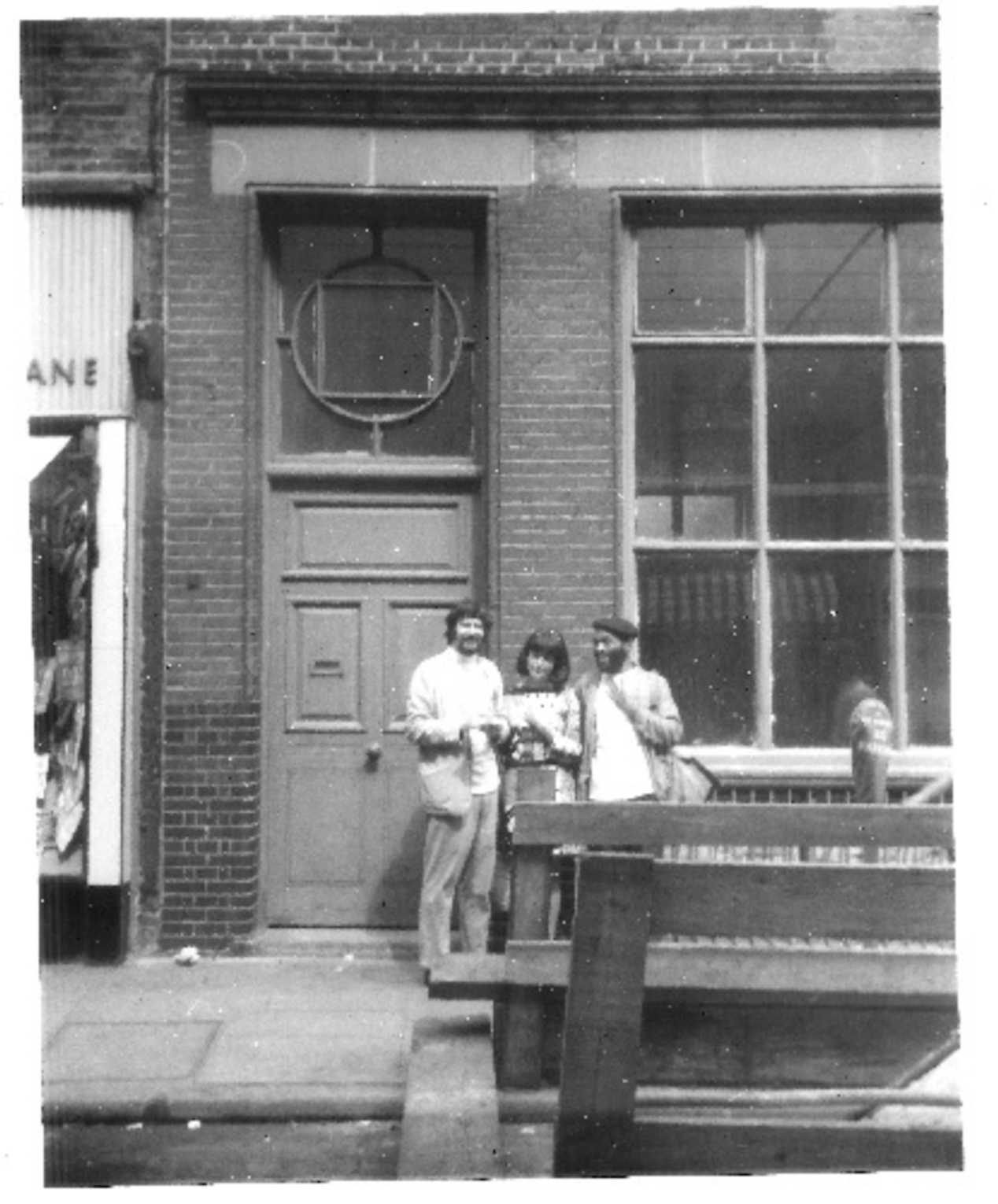 Less well known, perhaps, is the story of London’s underground arts scene in the 1960s, and one location especially: the Arts Lab at 182 Drury Lane in London, which was founded in 1967 by Jim Haynes, and staffed by a small but dedicated group of avant-garde artists, including David Curtis, who ran the film section of the Lab, as well as Malcolm Le Grice, Susan Miles, and Biddy Peppin. Though the original Arts Lab was only in existence for two years, shuttering as a result of lack of money, public apathy, and a lack of sympathetic understanding by the local Arts Councils, during its brief run it hosted an astonishing group of filmmakers, musicians, sculptors, playwrights, and served as the center of alternative London during one of the most incandescent periods in British culture. 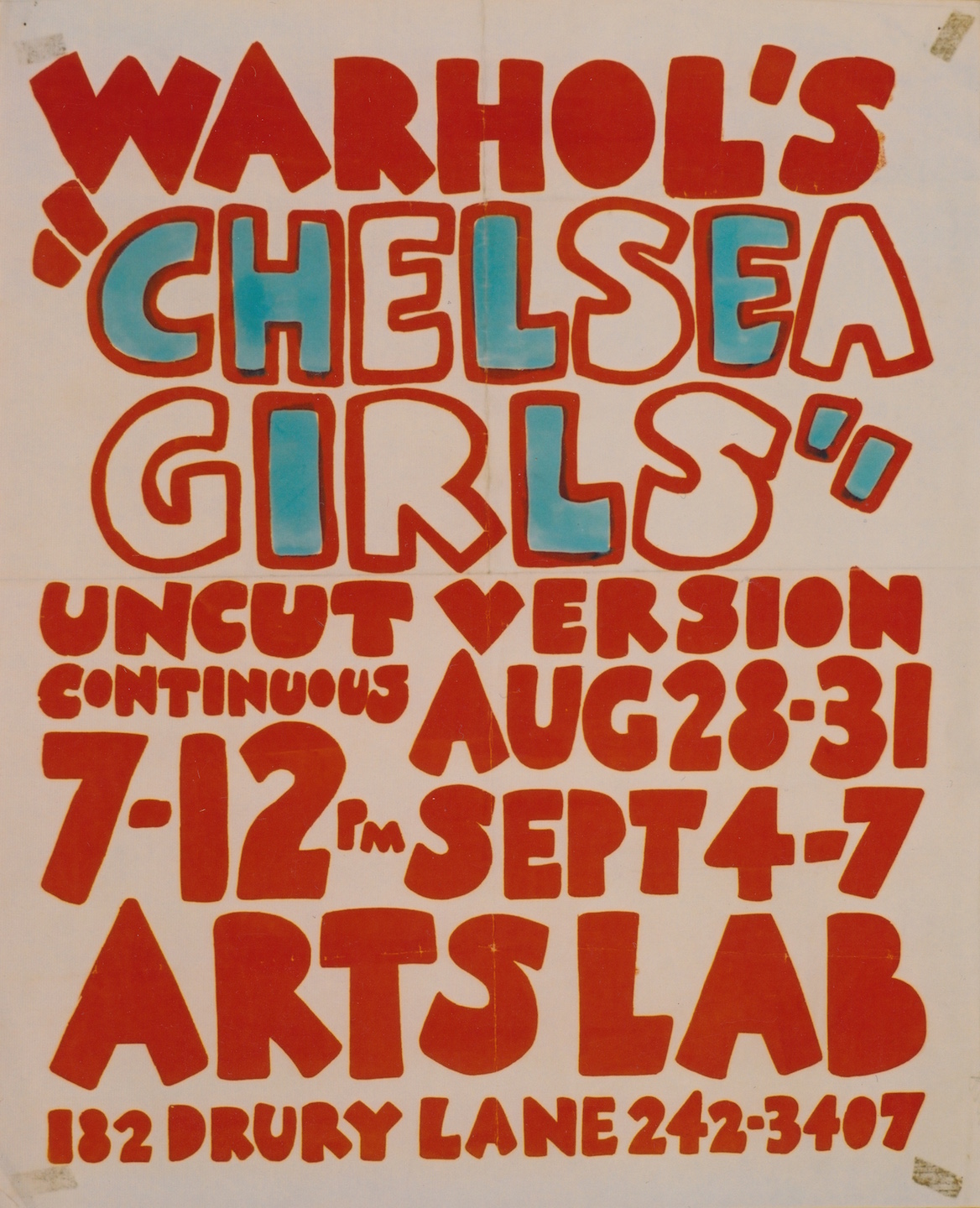 Just a brief list of some of people involved says it all: John Lennon and Yoko Ono exhibited their first work together there; David Bowie began his performing career at the Lab; others involved include Ted Joans, Andy Warhol, Michael Snow, Peter Gidal, Michael McClure, John Cage, Barry Miles, Carla Liss, Dick Gregory, Leonard Cohen, Jean Genet, Jeff Keen, Lotte Reiniger, Ben Van Meter, Stan Brakhage, Stan VanDerBeek, Jonas Mekas, Joyce Wieland, Tony Scott (better known simply as Scotty, and not to be confused with the late American commercial director and brother of Ridley Scott), José Rodriguez Soltero, William S. Burroughs, Nancy Meckler, Ken Kesey, Warren Sonbert, Jane Arden, James Baldwin, Piero Helizcer and the list goes on and on. It’s appropriate that these names are emblazoned on the cover of the volume, because the Arts Lab was a resolutely communal venture – not a place for individual aggrandizement, but rather a group effort in which striving for a larger artistic movement was the shared goal.

But Curtis’s volume is not just about the Arts Lab in Drury Lane; as the press release for the book notes,

Thus, while the work of the first incarnation of the Lab ended in 1969, with the shift to structuralism signaled by the films of Michael Snow and Hollis Frampton among others, the Lab continued on into the early digital era. Most of the major players in the creation of both spaces are still hard at work in the arts, either as administrators or artists, as the work done during this period was subsumed into the mainstream. Innovation always comes from the margins, and the Arts Labs were no exception to this rule; what once looked revolutionary now seems classic, and very much a part of contemporary cinema discourse.

I had the pleasure and privilege of being part of the Drury Lane Arts Lab during the summer of 1968, when I was living in London, staying at Jonathan Miller’s house. Jonathan and I met in 1967 in the States, when he screened his gorgeous 35mm version of Alice in Wonderland (1966) at Rutgers University, and we became good friends. When I arrived in London in May 1968, Jonathan let me sleep on his couch in his living room, and suggested that I check out the Arts Lab. I went along and met David Curtis and his colleagues at the Lab, and was warmly welcomed and informally put to work doing program notes, assisting with screenings, and projecting in the downstairs “soft cinema” – so called because it had no seats, but rather just wall to wall mattresses where people could sit or recline and watch films.

The Lab was broken up into three distinct spaces, other than the central room leading to the street outside, which functioned as a gallery, lobby, and in one corner, a small café with delicious food, coffee and tea. One theatre was for plays, one for music, and the cinema on the ground floor for films. The intense activity at the Lab meant that it was offering something nearly every night of the week, and the amazing variety of work on offer was one of the highlights of the venue. I remember that the graphic artist Bruno Schweikert had a striking show of blown-up graphics on the walls of the main lobby for a time, and Scotty, mentioned above, kept continuously working on his epic 35mm Longest Most Meaningless Movie in the World (1968-), which Curtis aptly describes as “a roughly five-hour random assemblage of footage garnered from Soho cutting room waste bins, endlessly repeated shots included, which became a marathon of reel-changing as the single projector could only accommodate 10-minute spools.” (p. 58)

Downstairs in the soft cinema, experimental films were screened nightly, in an era in which it was much more difficult to traffic films across international borders than it is now, with everything being in either 8mm, 16mm or 35mm. I remember distinctly seeing, and being deeply impressed by the collective film Loin du Vietnam (Far From Vietnam, 1967), composed of separate segments directed by Joris Ivens, William Klein, Claude Lelouch, Agnès Varda, Jean-Luc Godard, Chris Marker and Alain Resnais, along with many other new and innovative works. Projection duties were handled by whomever was available at the moment; I spent some time in the booth, as did many others. The Arts Lab was thus a continually evolving place of cultural ferment and daring innovation; none of us were interested in anything else other than pushing the boundaries of “art” as far as we could.

Curtis’s book captures the era perfectly, as a sort of ecstatic and thoroughly inclusive scrapbook of the period, with numerous illustrations throughout in color and black and white, chronicling the rise and eventual collapse of both the Drury Lane Arts Lab and later the Robert Street “New Arts Lab.” But it is also a record of the lack of support that both Labs received from the Arts Councils of the period, and the condescending treatment that the Labs got in the mainstream press. Money was always in short supply, and without significant external support, both ventures foundered on the rocks of good intentions and not enough cash. The thing that strikes me most about this volume is the sheer variety and work that both Labs engendered, along with the rapid rise and fall of both ventures, as establishment figures often came out of curiosity to the Lab, absorbed what it had to offer, but did little to ensure both venues’ continued existence.

This, then, is the real truth of the period, told from a distance of half a century, and all the more valuable for having been written by one who witnessed it firsthand, and indeed was one of the key figures of the independent cinema in the late 1960s, and remains so today. This is an essential book for an understanding of the artistic revolution taking place in London in the late 1960s and early 1970s, and shines a much-needed and overdue spotlight on those who laboured there, creating work of dazzling beauty and lasting resonance.

Nobody was looking to be a star, no one was trying to make a fortune, but everyone was making art. In this egalitarian atmosphere, everything was indeed possible. Now, of course, with the COVID pandemic, these days are almost lost to authentic recall, and one wonders if such an enterprise would ever be possible again. 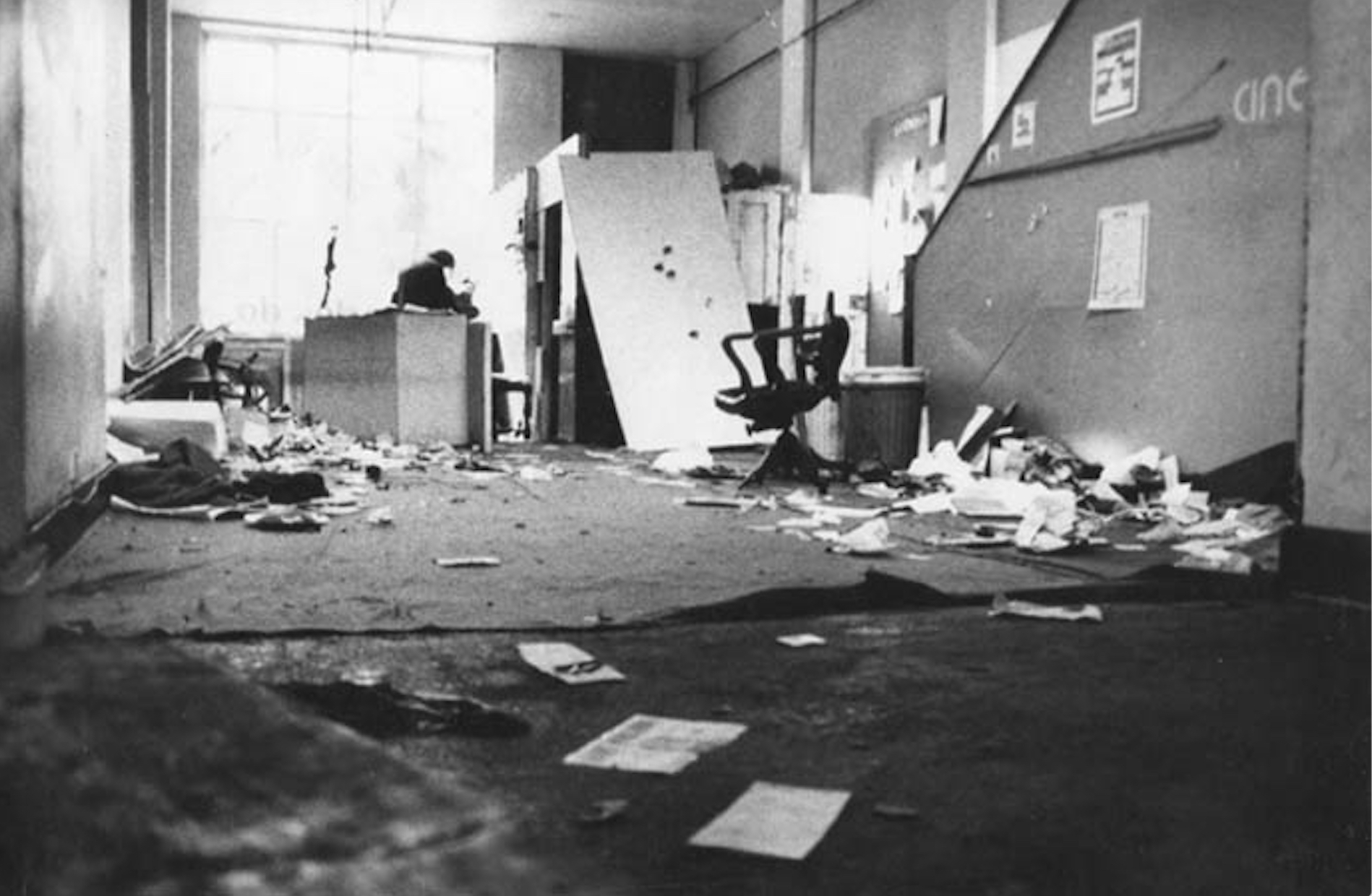 The Arts Lab space after closing in 1969

Shortly after the New Arts Lab folded, Curtis published his first book, Experimental Cinema: A Fifty Year History (Universe Books, NY, 1971), which was subsequently released as a Dell paperback, documenting the European film avant-garde, which has mostly been marginalised in existing histories of independent cinema. I have a copy of this lavishly illustrated book, which I treasure, but this new volume is even more encyclopedic, and stands as a testament to the lasting impact of the Labs. 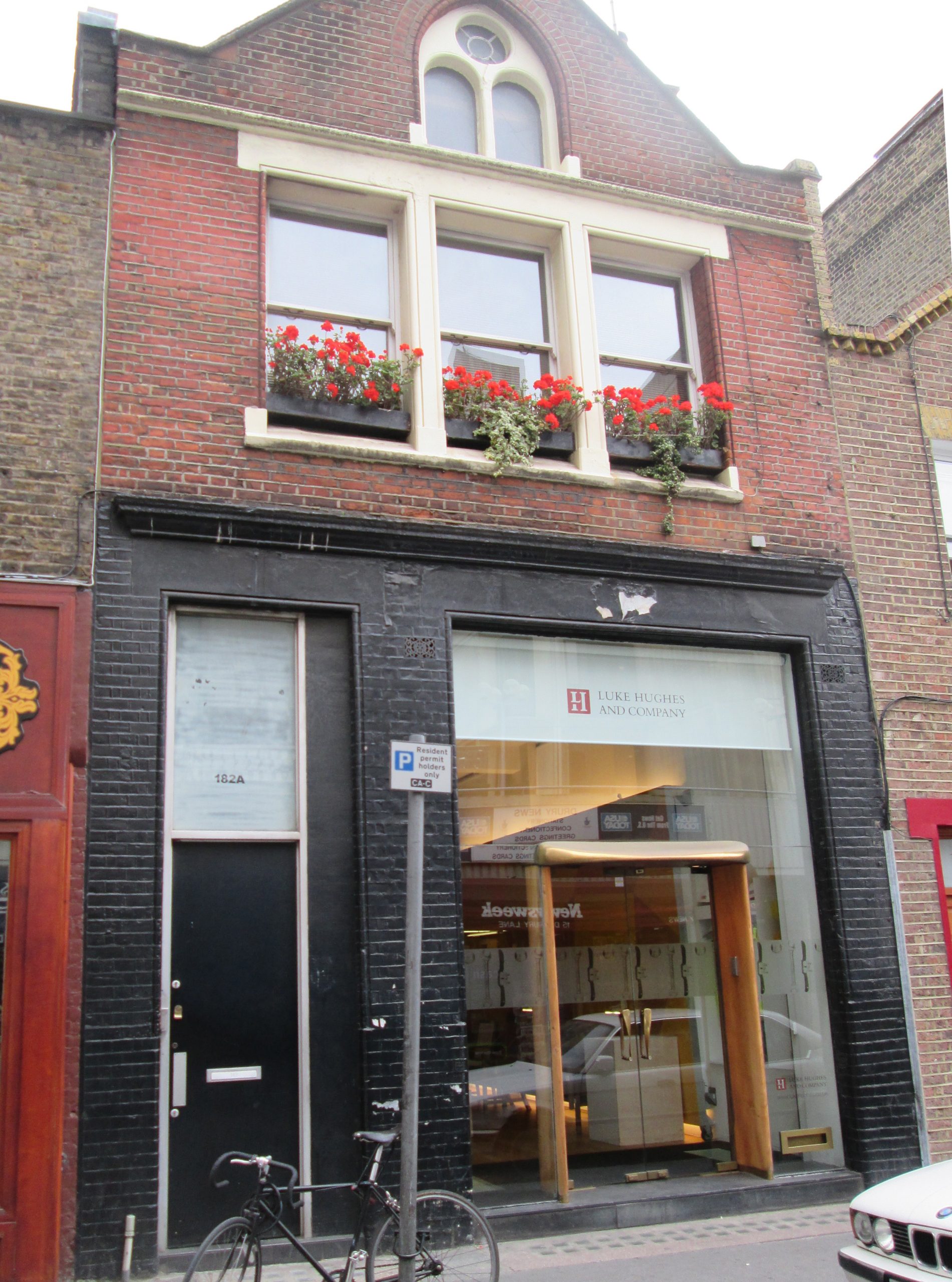 London’s Arts Labs and the 60s Avant-Garde is a record of a time and place where artists freely gathered, made work of lasting value with almost nothing at their disposal – a place of creative and social revolution, which paved the way for nearly all experimental work created in the years to follow. On top of that, it’s a real page-turner, with new surprises throughout, and a genuine affection for the period, and the people who worked and lived during this short-lived, but utterly transformational era.