Interviewed in Jeremi Szaniawski’s After Kubrick: a Filmmaker’s Legacy, Gaspar Noé is asked about his relationship to Stanley Kubrick:

Awed but undaunted, the French director cheerfully quotes 2001: A Space Odyssey (Stanley Kubrick, 1968) in film after film, including Irreversible (Gaspar Noé, 2002), via a poster of the Star Child. That film plays with time in a way inspired by Kubrick’s masterwork. After Kubrick traces just such webs of influence: how the younger generation of filmmakers is channelling Kubrick, whether in deferential awe or for reappropriation, repurposing and reinterpretation. It goes beyond examinations of “derivative and pastiche fare” to really examine what it is when new films are haunted by Kubrick’s “ghost, his teaching, his aesthetic, and his moral and political legacy.” (p. 12) 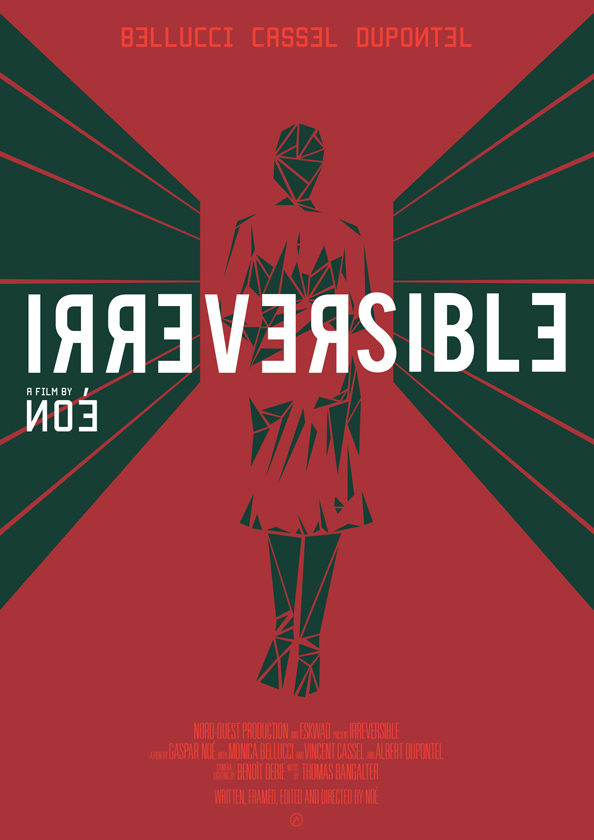 Drawing links between 2001 and the career of David Bowie as Ziggy Stardust, Jeremi Szaniawksi introduces the volume by enumerating the ways in which Kubrick’s work has been quoted, appropriated and recirculated. These culminate in “the most ambitious way of drawing upon Kubrick [is] to use his work as a starting point […] for the expansion of cinematic grammar, the delimitation of new narrative and stylistic spaces, and the generation of new internal articulations to the medium.” (p. 14) Finding these rare moments is a lofty aim, and one the collection manages through the analyses presented in the following essays.

2001 provides a thematic focus for the volume, beginning and concluding it, and with a number of scholars addressing themselves to it throughout. Adrian Daub, for example,  provides a fascinating analysis of Kubrick’s use of musical temp tracks and its influence on Terrence Malick, Paul Thomas Anderson, and Lars von Trier. Mirceau Valeriu Deaca discusses 2001 and Interstellar (Christopher Nolan, 2014) from a cognitive science perspective, drawing attention to the contrasts: where Kubrick “doesn’t elaborate on emotions and empathy,” Nolan depicts “emotion and love as human elements that counterbalance nature’s inhumanity.” (p 367) Deaca concludes that Nolan adopts “an embodied approach to cognition,”  and this appeal to the emotions has the capacity to secure meaningful change in the world. (p. 368)

Whatever else it is about, 2001 is about an expansive sense of time. Millennial in scope, it is also about the audience spending time, and two of the volume’s contributors address themselves to Kubrick and time. Thomas Elsaesser situates Kubrick in a “privileged and contradictory position […] that of being out of place and yet in the right time.” (p. 76) He positions Kubrick in the framework of “Old-New Hollywood” and discusses his contributions to genre, in which his “one-offs” became prototypes (p. 54-55), before he addresses himself to an expansive discussion of the Kubrickian influence on an array of younger filmmakers, who come belatedly to their tasks. For Szaniawski, Kubrick’s films are “time machines.” He draws a contrast between Kubrick as a “modernist auteur” and as a “postmodern craftsmen” for whom “time is just conceived as another dimension of space.” (pp. 159-160) Szaniawski resists this spatialisation of time in the postmodern era, and proceeds to an analysis of different kinds of “space time” in the films of Christopher Nolan, Gaspar Noé, Jonathan Glazer and Paul Thomas Anderson, who “sometimes [come] close to summoning […] the time-images that Kubrick mastered, and thus upholding the spirit of a postwar capitalism that hadn’t quite yet commodified time entirely.” (p. 168) Warner describes how 2001 and The Shining (Stanley Kubrick, 1980) become prototypes for Under the Skin (Jonathan Glazer, 2013), There Will Be Blood (Paul Thomas Anderson, 2007) and Twin Peaks: the Return (David Lynch, 2017). He says those films deploy a “Kubrickian dread” produces “a form of the aesthetic sublime, combining exaltation with defeat, diminishment, and self-abdication where the film issues a hypnotic call of the void.” (p. 199) Marta Figlerowicz contemplates Kubrick’s work with Artificial Intelligences. Where other scholars represent the encroachment of machines on biological life pessimistically, Figlerowicz says “Kubrick’s films express hopes for a human-computer symbiosis that embraces and affirms our embodiment.” (p. 229) Like Warner, she analyses Glazer’s Under the Skin (which, it has to be said, features an alien rather than an android) in addition to Alex Garland’s Ex-Machina (Alex Garland, 2014). In these films, she says, the focus is on “embracing rather than transcending human or human-like subjectivity.” (pp. 238-239) Figlerowicz asserts that Kubrick was ahead of his time in conceiving of AI in terms that were not antagonistic, but “relational, embodied, and distributed.” (p. 249)

Nathan Abrams, one of the leading scholars on Kubrick’s Jewishness, contributes a chapter on Kubrick and his Jewish heirs.[2] Informed by the exegetical energy of Talmudic studies, he discusses how Kubrick’s themes, ideas and working methods also characterise the work of Mike Leigh, David Mamet, the Coen brothers, and Darren Aronofsky. He concludes with another brief discussion of Glazer, saying “Perhaps where Glazer and some of his contemporaries fall down is that they lack the depth – the cerebral, intellectual element that makes them less susceptible to Kubrickian exegesis – to be turned over and over like a Rubik’s Cube. While Talmudic and Midrashic analysis can be applied to a vast panel of Jewish (and non-Jewish) filmmakers, arguably, not all of those filmmakers are Talmudic in the way Kubrick and his films were.” (p. 104) Rodney F. Hill also writes on the Coen brothers, observing that they, like Kubrick, never make the same film twice, which is a challenge for auteurism. Nonetheless, he concludes that there are strong aesthetic and philosophical patterns unifying their films. He traces intertextual allusions to Kubrick’s work in several Coen films, but defends them from accusations that their appropriation of Kubrick is mere postmodern pastiche, describing how the Coens share an “aesthetic of the grotesque” with Kubrick. (p. 124).[3] He also points to the substantial “philosophical bent in their work,” (p. 122), which is also documented by Mark T. Conard.[4] Hill asserts that both Kubrick and the Coens are less inclined to offer philosophical positions than they are to pose open philosophical questions. 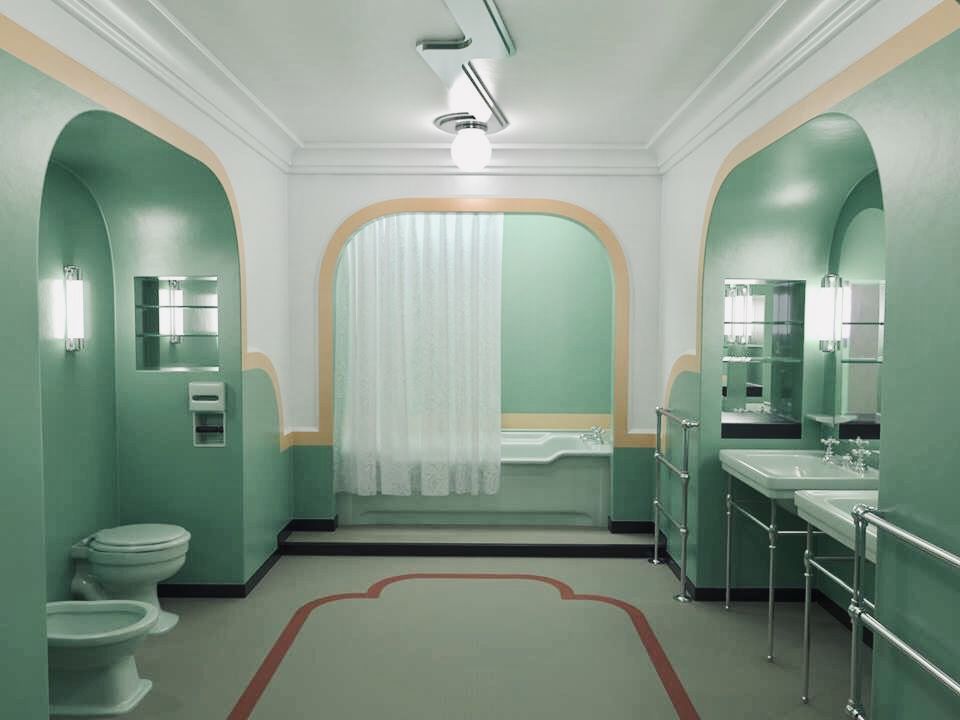 No volume on Kubrick would be complete without a discussion of The Shining or the theories attendant upon it, and Daniel Fairfax provides a lucid account of Room 237 (Rodney Ascher, 2012) and how it reflects on film criticism. He examines “the anxiety of interpretation,” Room 237 instantiates, and asks “how can a critic […] avoid yielding to the same fate as the conspiracy theorist?” (p. 301) He describes Room 237 and its mixed reception and surveys the broader fannish reception of The Shining. Fairfax concludes by asking why The Shining in particular, endlessly “incite[s] such a multitude of interpretation, whose perpetual accumulation shows no signs of abating.” (p. 315) And indeed, there is ample evidence for this in the collection Szaniawski edited for Senses of Cinema entitled “The Shining at 40”,[5] as well as in the chapter Pansy Duncan contributes entitled “Fade to Crude,” in which she asserts that in The Shining, for blood, we should read crude oil. To summarize Duncan’s argument, she says The Shining does two things: it speaks to the contemporary resource panic and environmental crisis surrounding the Western world’s dependency on oil, and it reframes 1970s horror as belonging to an emergent but “under-acknowledged oil canon.” (p. 296) She concedes that “to identify oil, not blood, as The Shining’s primary object of dread is to fly in the face of orthodox understandings both of the film itself and of the 1970s ‘New Regime’ horror whose logics it condensed, pastiched and refracted.” (p. 279) This argument may seem ingenious at best (or daft at worst), but it is a refreshing new political take on Kubrick’s horror film. So how, Fairfax asks, is the anxious critic to distinguish themselves from the crackpot? Fairfax suggests that we step back from the edge and treat The Shining as a “game to be played rather than a key to be deciphered [because] understanding that writing about cinema is not a life and death matter, […] paradoxically separates ‘serious’ film critics from their paranoid, conspiracy-theorist counterparts.” (pp. 321-322) 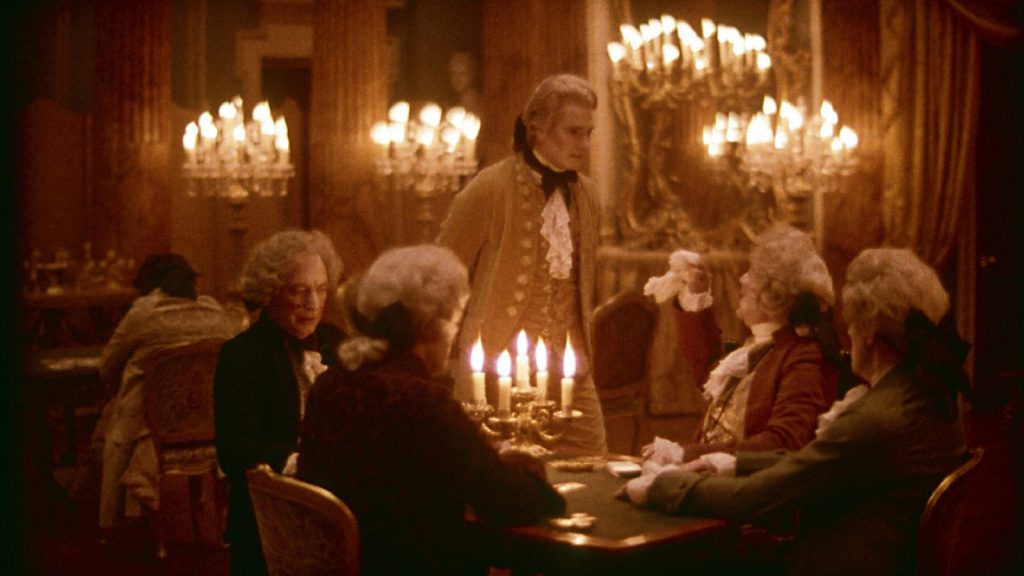 Barry Lyndon (Stanley Kubrick, 1975), a notoriously misunderstood victim of Kubrick’s experiments with time, also features in several chapters.[6] John Pitseys discusses the visibility of power in Kubrick’s films including Barry Lyndon. He says this is “paradoxical,” in that it is usually represented by means of secrets. He posits that there are three ways in which Kubrick makes power visible: via “spectacularization” which perversely renders it opaque; via “an extravagant mise-en-scène of secrecy” and via the “repression of the secret [which] paradoxically reveals its nature.” (p. 334) He then turns to Under the Silver Lake (Robert Mitchell, 2018), applying the lessons derived from Kubrick about the relationships between visibility, secrecy and politics. In “Blurring the Lines between Victim and Perpetrator,” Pierre-Simon Gutman considers the relationship between Kubrick and Yorgos Lanthimos. He traces evolution of Lanthimos’ Kubrickian “tics” – specifically rigid geometry and extensive use of tracking shots – from his early Greek films to his international successes, most recently The Favourite (Yorgos Lanthimos, 2018), which distinctly resembles Barry Lyndon. While his driving question is whether Lanthimos’ work reproduces Kubrick’s “‘humanism,’” his determination to “‘observe the violent events from the point of the view of the victims’” (p. 143), Gutman also registers where Lanthimos moves away from Kubrick in adopting the point of view of the perpetrators.

The final essay of the volume is the most lyrically written, and for me it is the highlight of this excellent book. Entitled “The Dead Kitten: Sacrifice in Barry Lyndon,” it is a deeply personal reflection by Alexander Nemerov on the sacrifices demanded by art and representation as they impinge on Kubrick’s film, but also as they impinge on life. The central argument is that, as Henry James said, “Art makes life,” but that Art and representation demand sacrifice to “deliver us into the realm of the real.” (p. 432) The chapter turns on a close reading of the scene in which Lord Bullingdon leads Bryan into the chamber music concert, for which Barry beats Bullingdon violently. Nemerov enumerates the sacrifices Kubrick made for Art: the elaborate piling up of sumptuous furnishings; the expenditure of time on endless takes; the sheer physical demands made on the actors. He asks “What is the reality miraculously revealed in Barry Lyndon’s recital scene? It is that some people in the world are sacrifices. The world takes them, eats them, and claims them.” (pp. 438-439) Having eloquently outlined the relationship between art, representation and sacrifice in Barry Lyndon, Nemerov turns to the real, to his life. But that is not my story to retell. I leave it to readers to discover it for themselves.

This brief review cannot do justice to Szaniawski’s fascinating and multifaceted volume. Its disparate essays are bound together in compelling ways by shared interests in certain contemporary auteurs like the Coens, Glazer and Anderson, who keep recurring, by certain Kubrick films, like 2001, and by themes like time and the Kubrickian sublime. The book stimulates the reader to pose other questions. In a note to Rick Warner’s chapter, for example, I find a reference to the way in which Jordan Peele has borrowed ideas from The Shining and A Clockwork Orange (Stanley Kubrick, 1971) in Get Out (2017), suggesting a new line of thinking about how Kubrick may be reappropriated and repurposed from an African-American perspective – and a discussion of race in Kubrick is long overdue. If this book doesn’t offer it, the next co-edited volume by Szaniawski surely will.[7] After Kubrick represents an infusion of rich blood into Kubrick studies and contemporary cinema studies. Contributing authors are among the finest in those fields, but this volume is not a collection of “the usual Kubrick suspects”: it extends much further than that in its inclusiveness and in its ambitious scope to cut new pathways back into Kubrick’s work and forward into emergent work. As the introduction’s title promises (“A Post-Kubrickian Odyssey”), the book is a substantial scholarly undertaking. It is expansive and at times challenging, but it is immensely rewarding.