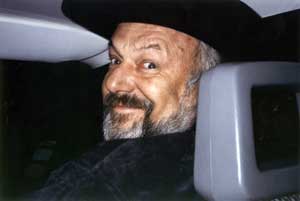 How did I get Otto Muehl (1) and the AA Kommune (Actions-Analytic Kommune) into Sweet Movie? The shooting of Sweet Movie was planned for October 1974. In the earlier version of the script, the leading female character ends up catatonic in a mental hospital. She comes back to life by being treated with the highly perceptive non-action of a nonverbal doctor whom I imagined as my variation of Ronnie Laing. (2) I had never met Laing, but he fascinated me with his intelligence, risk-taking, playfulness, radical insight and genuine respect for life. He was a healer by just being around.

Then, a batch of films from Vienna that screened in a tiny ‘underground’ cinema in Munich moved me into an unexpected experience of a difficult–to-explain mix of charm, disgust and fear. I oscillated between surprise, fascination and revulsion. The films were baroque, even rococo – a cascade of prolonged “blood, shit and tears” scenes, agony, dirt, “sadism” – as if someone was inviting my stupidity to step forward. The authors of the films, obviously, wanted me scared or furious. The public was leaving the cinema in a panic. I had never before faced the anarchy of life cleansed of humour. However, the orchestrated chaos on the screen contained a lot of daring and a genuine indefinable “something”. And, also, the blood was more often ketchup, and the chaos was mostly an excess of flour being spilled around.

What I’d seen on the screen made me acutely aware that instead of staging some clumsy half-fantasy of mine with hired actors I could, and should, place my leading actress into a sort of living anti-psychiatry collective. I decided to get in touch with Otto Muehl.

At the time, the Commune was rejecting visitors but I managed to find about two dozen of them living in a large apartment on the Praterstrasse in Vienna. They lived without reading newspapers or watching television, in a sort of very lively and communicative family life. Only later, I realised that they were strongly connected also through a group marriage. Luckily, the only film they had seen the year before was my WR: Mysteries of the Organism [W.R. ­– Mistirije organizima, 1971], so they let me in for a short visit.

They were kind and nice to each other, and with me, but about being in my next film they said no. Their ‘no’ was not a refusal; they were simply not interested. However, I managed to get their permission to visit them once again the following week on their farm in Burgenland, a half-barren land near the border with Hungary. They were neither interested in the glamour of being in a film and its connected publicity, nor in the chance to earn some money. It was a collective of non-aggressive outsiders. (Moving through their space, I was tested, watched by everyone, not knowing that my unstated task was to seduce them.)

After protracted negotiations, we managed to get eight of them to join our cast and be with us for a week in an abandoned old factory in a Paris suburb. (With the money earned from the film, they bought a cow or two, to have milk for their kids.)

So, there I was the following week, at the end of the world, in sparsely populated region. Otto Muehl, a little older than the others, was fun, easy, tolerant and exercised no authority at all. I was told that, if I wanted eight of them to participate in the scene in my film, the whole commune would have to hear my story and approve of it.

I was in a cold sweat. I sat with all of them ‘a la turca’ in a big circle. I started telling my story to neutral faces that let me feel the stupidity of my film and the futility of my endeavour. As I went on describing scene by scene the story of Sweet Movie, a baby girl of about a year and half who was playing with a dog climbed into my lap. Busy with my storytelling, I had no time to look for the child’s mother, so I accommodated the girl in my lap and continued quite desperately with my story. The child fell asleep. It seems this was a vote of approval.

The “Commune” in the film consisted of the eight members from Vienna and another eight young actors from Paris selected through some interesting exercises. The Commune scenes changed a lot from the original script. I kept only the idea that the catatonic girl gets into the commune and, at a certain point, starts coming back to life. We decided to shoot for several days, one ‘theme’ a day, whatever happens. First day was the ‘Day of Nest and Milk’, next was ‘Day of Food’, next the ‘Day Re-birth’ and the last one was to be the ‘Day of Blood’.

Day after day, we shot for just a few hours. Every single shot was good and usable. The Commune members were collaborative and enthusiastic, and the Paris actors melted in. Most of the creative crew was inspired and positive. Part of the professional crew followed half-heartedly. It seems we were not “following the script”. I knew that some people were afraid of the chaos. I tried to explain that we were getting much better film images than planned. The real strain was on actress Carole Laure. She brilliantly and bravely participated and inter-acted, especially in the wild lunch scene. The scene was improvised and all shot in less then two hours. The actual ‘lunch’ was shot without rehearsals, continuously with the hand-held camera circling around the table twice. At the end, the whole table and the food were destroyed and we finished the shoot. When Otmar Bauer started pissing on Herbert Strumpfel, his partner, it was so joyous and hilarious. (Otmar Bauer was introduced to me as the commune’s accountant, and Herbert Strunmfel was just around. They both made a number of their own films as Vienna Aktionists.)

I was sure that the ‘provocative content’ could overcome the censorial impulses waiting at the end of our work if the excess normally considered dangerous is wrapped up in infantility, happiness and pure ‘joy of life’. It ended, paradoxically, both ways. The film played in many countries; however, it is still banned in Canada and the United Kingdom.

I think I’ve interpreted correctly the Commune’s ‘destructivity’ as respect for life in all its wilderness, unpredictability, freedom, pleasure. Celebration. It was clear to me that all their actions, ugly or shocking, were pure play and performance, innocently offered to both themselves and to the camera eye, and politically more than correct. 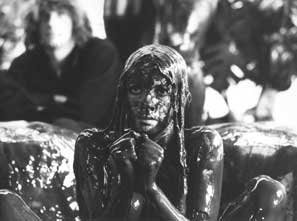 I could not know then that I was experimenting, twenty years before the time, with what was to be named ‘A Reality Show’. I just felt that I should not interfere. This Ali-Baba’s Cave of Horrors that was offered to us, and brilliantly recorded by Jan Lemasson’s perceptive hand-held lens, was a genuine gift of unpleasant poetry. I just told Vincent Malle, the producer, that we were getting some incredible material, that I could not censor. I asked him to let me make, without extra costs, an independent documentary of twenty to forty minutes. In the feature film, I would use maybe seven to ten minutes integrated in the rest of the film, stylistically interlaced with humour, colour and the general spirit of the film. He said no way. I could not believe that he was not aware that we would get some sort of monstrous ‘blob’ of uneasy images towards the end of the film.

In retrospect, I find curious that thinking of my own film, whose production was near its start, I was not intimidated by the fact that the screening in Munich ended with an empty cinema. At a screening in Taormina, within a minute or two of the Commune scene a few dozen people stood up and ran out of the screening room. And minutes later another three, five and a dozen people left. They were ugly moments. When I went out to hear what they were saying, I found them all watching the film through the exit doors. When the Commune scene ended, they all went back to their seats.

The last day with the Commune ended without any filming. A highly poetic and frightening scene conceived only by the actresses for the ‘Day of Blood’ was not shot. I owe readers an account of this scene scripted by Carole Laure and the other actresses, as well as an account of the French crews rebellion, and Bojana’s (3) thoughts on the matter. But I’ll leave that for another day …