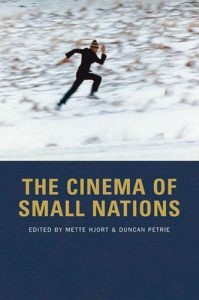 Film scholarship is undergoing a paradigm shift. In the past decade or so, a significant body of work has emerged, which reflects the opinion that the nation-state – once the undisputed primary unit of economic, political and cultural differentiation in the world system – is being eroded by the processes of globalisation, and that, as a result, national cinema, too, is becoming an increasingly problematic category. As Mette Hjort and Duncan Petrie observe in their introduction to The Cinema of Small Nations, contemporary film scholarship has acquired a new vocabulary. References to “globalisation”, “transnational”, “international”, “post-national” and “regional” cinema have become ubiquitous, and the long-established focus on North American and European cinemas has given way to the analyses of heretofore lesser-known examples of “world cinema”. However, while this is a welcome expansion of the scope and the terminology of film scholarship, the debates among film scholars are often marked by a “conceptual slippage” between the terms used to investigate the “relationships and systems operating above and beyond the level of the nation” (p. 13). If film scholarship is to keep abreast of the times, more precision will be required and the latest catchphrases will need to be integrated into “fully developed conceptual models that will lend analytic precision to the terms in question” (p. 1).

This is a timely and accurate observation, which may well have summed up one of the most important tasks for contemporary film scholarship. The authors of the essays in The Cinema of Small Nations, however, set themselves a less comprehensive, perhaps more modest, yet by no means less important, goal. Following up Chris Berry’s observations that new nation-states and national disputes continue to proliferate, that film policies worldwide remain framed in national terms, and that national labels remain salient in international film marketing (1), the writers investigate the persistence and, therefore, the continuing relevance of the concept of the nation for contemporary film studies. Even more, not only do they believe that “innovative ways of understanding national elements must be part of the critical shift that is currently occurring in film studies” (p. 1); they also argue that there is a lot to be gained from abandoning the conventional focus on the major national cinemas and turning towards the cinemas of small nations, provided that the latter are not essentialised but rather conceived of as porous nodal points in the global network. Studies such as Global Hollywood 2 have revealed a “new international division of cultural labour”, which thwarts the traditional tendency to pit Hollywood/American cinema against the film production of the rest of the world (2). The analyses of small nations’ cinemas, however, can bring to light yet another dimension of globalisation, namely, “the emergence of regional networks and alliances that are providing transnational alternatives to the neo-liberal model of globalisation driving contemporary [global] Hollywood” (p. 17). In short, globalisation in the context of film industries and film cultures need not be synonymous with American or Western imperialism, and it is precisely the study of small nations that can provide a valuable insight into “globalisation from below” as it transpires in contemporary cinemas around the globe (3).

Of course, such a task also requires conceptual precision, for “small nation” may sound rather vague at first. However, the “working definition” provided in the introduction to The Cinema of Small Nations is clear, concise and viable. Integrating the findings of various disciplines within the humanities and social sciences, it establishes four criteria: the size of the nation’s population (which has a bearing on the size of the national market); the size of the nation’s geographical territory; gross national product (which is also an indicator of the nation’s economic power); and the history of domination by another nation (if this history has been long enough to take on a structural character for both nations in question). None of these criteria are essential, and all of them are relative and flexible. This definition then provides the basis for the choice of case studies, comprising a series of nations/states (Denmark, Iceland, Ireland, Scotland, Bulgaria, New Zealand, Cuba, Burkina Faso and Tunisia), a city state (Singapore), a special administrative region (Hong Kong) and a sub-national entity (Taiwan).

The Cinema of Small Nations is an ambitious volume with a global scope and a clearly stated agenda, whose importance and topicality cannot be overemphasised. The book’s conceptual intervention is convincingly demonstrated through the case studies, which offer an insight into a well-chosen selection of small national cinemas around the world. What is problematic, however, and hardly necessary, is the volume’s neat division into three geographically-defined parts: Europe; Asia and Oceania; and the Americas and Africa. The authors are at pains to show that the chosen small nations are unstable and porous locally (such examples are found everywhere in The Cinema of Small Nations, perhaps most “heretically” in Martin McLoone’s decision to discuss the cinemas of Ireland and Northern Ireland as one entity). The book’s tripartite structure, however, hinders the possibility of showing that international, transnational and diasporic connections forged in and through cinema transcend continental boundaries as well. There are exceptions, of course, but they concern the frequently commented-upon links between various small nations and Hollywood, while other examples of inter-continental connections are missing in The Cinema of Small Nations. The volume’s all-too-convenient segregation of European and Asian cinemas into two parts, for instance, results in a missed opportunity to discuss the role of cinema in the current negotiations of the always shifting cultural, political, religious and ideological boundaries between the West and the East. The inclusion of such case studies would significantly augment the intervention of The Cinema of Small Nations.

I started this review by stating that film scholarship is undergoing a radical conceptual transformation. There is no doubt that The Cinema of Small Nations is an important, timely and compelling contribution to the debates that underlie this shift. It is, however, also indicative of another, in my view less productive, methodological shift that seems to be taking place in film scholarship. It would be erroneous to argue that the essays collected in this volume share the same methodological approach. The texts exploring small nations’ cinemas in Europe foreground the issues of cultural policy, funding sources and industrial infrastructure, and they focus on contemporary film production. The essays on the cinemas of the Asia-Pacific region, Africa and Cuba are marked by an investment in a broader cultural and political contextualisation, and many of them reach further back into the history of the chosen cinema. What all of the essays (with the exception of Florence Martin’s text about Tunisian cinema) have in common, however, is a conspicuous absence of textual analysis. A reader unfamiliar with the production of the chosen cinemas, but keen to “get a feel” for them, will be disappointed. The authors of the essays, at best, provide only brief plot summaries and discuss how a particular film fits in with, or departs from, the usual thematic concerns of the cinema under consideration. If The Cinema of Small Nations is symptomatic of the new directions in film studies in this respect, one would have to surmise that the future is anything but bright for those with a flair for debating the politics and the aesthetics or, quite simply, the content of film representation.

But this is probably an overly dramatic assessment. The reluctance to engage with specific films at the level of the text may well prove a short-lived phenomenon and, more importantly, one for which there is a compelling reason. Film scholarship has long privileged textual analysis to the point of all but excluding all other approaches to cinema, and it seems to me that it is precisely this institutionalised unwillingness to reach beyond the issues of textual representation and aesthetics that has produced the lack of fully developed conceptual models that would lend analytic precision to terms such as national, transnational or world cinema. It is hardly surprising, then, that contemporary trail blazers of film studies, eager to redress this state of affairs, shy away from the approach that has dominated and clouded the horizons of the discipline for so long. Moreover, it seems apposite that a methodological shift away from textual analysis is occurring. It reflects what the authors of the essays in The Cinema of Small Nations carefully point out, namely, that film industries worldwide are themselves undergoing a shift from cultural to economic imperatives. Indeed, as George Yúdice has observed (4), the content of culture nowadays recedes in importance compared to its political or economic utility. It should not disappear from the academic agenda altogether, however. After all, as Michael Warner so persuasively argues (5), all publics – be it local, national or transnational – come into being only by virtue of being addressed, and their existence is maintained, or terminated, depending on the affective and aesthetic capacity of the text to hold the public’s attention. When it comes to cinema, then, if we want to understand not only how film industries operate in a globalised world, but also how contemporary film cultures participate in the processes of globalisation, especially in the processes of “globalisation from below”, the methodological repertoire of film scholarship should also include the analysis of filmic texts and their appellative power.

These scruples notwithstanding, I thoroughly enjoyed reading The Cinema of Small Nations. The volume will be an invaluable resource for those with an interest in the cinemas of small nations examined in this book, and an indispensable reference for those keen to keep up-to-date with the new directions in film scholarship. While the book may not always be read cover to cover, no-one should miss the lucid, erudite and concise introduction by the volume’s editors Mette Hjort and Duncan Petrie. To echo another reviewer of The Cinema of Small Nations, after reading this book, or at least its opening essay, it should be impossible to speak of nations, world cinema, or globalisation in easy platitudes.