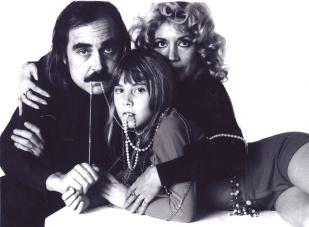 Antoine Bourseiller (b. 1930) is one of the best-known theatre directors in France. In 1960, he assumed the direction of the Studio des Champs-Elysées. For two decades, he shared his theatrical adventure with his wife, the actress Chantal Darget. (2) Bourseiller specialized in works rarely seen or never staged in France, among them: Brecht’s In the Jungle of Cities and Hugo von Hoffmannsthal’s Der Turm. As a director, he worked with many well-known actors, including Danièle Delorme (3), Yves Robert (4), Edwige Feuillère (5), Maria Casarès (6), Anna Karina, Sami Frey (7), Chantal Darget and Jean-Louis Trintignant (8). In 1964, he took over the direction of the Théâtre de Poche Montparnasse (1964-6). In 1967, as part of Malraux’s “Action culturelle” initiative, he was director of the Centre dramatique national du Sud-Est (1966-75) in Aix-en-Provence and Marseille. This summer, he directed Alfred de Musset’s Lorenzaccio at the Avignon Theatre Festival (9). Although primarily known for his work in the theatre, Bourseiller will be remembered by many cinéphiles for his memorable performance as the young soldier on leave who succeeds in diverting Cleo (Corinne Marchand) in Agnès Varda’s Cléo de 5 à 7 (1962) (and where Godard and Anna Karina appear in the film within-the-film).

In 2008, Bourseiller published a book of memoirs entitled Sans relâche: Histoires d’une vie, which literally means “No Respite: Stories from a Life” and, in the theatre, the “relâche” is the actors’ day-off. Written as a series of non-chronological scenes, his book captures his enduring enthusiasm for his muse, the theatre. Therein, he also draws a series of portraits of his intimates. One chapter is devoted to the friendship between his family and the Godard-Karina couple, and he succeeds in bringing to life the young Godard, in all his complexity. Bourseiller’s wife appears here under her nickname, Balkis, after the captivating queen of Sheba. Occasionally, Bourseiller addresses his daughter, Marie (10), in his narrative.

The following excerpt gives a behind-the-scenes look at Godard, and Bourseiller’s account complements Charles Bitsch’s souvenirs from the same period (11). With Bourseiller, we revisit Jacques Rivette’s La Religieuse (1966), which before being a film was a stage production in Bourseiller’s theatre, as well as Giraudoux’s Pour Lucrèce, a stage production that ultimately never made it to the screen. Bourseiller’s narrative takes us from the amour fou period of Godard’s relation with Anna Karina (12) up until and just after May 68. This year, as we celebrate the 40th anniversary of May 68, Bourseiller reminds us of the very particular mood that reigned back then. 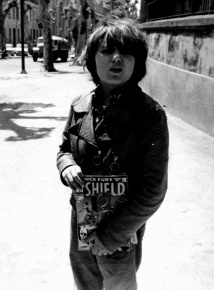 After La Chinoise in 1967, Godard notoriously broke with his usual film crew, including Bitsch; his dramatic need for change extended to his personal friendships as well, as Bourseiller père et fils here attest. Antoine Bourseiller’s account is here followed by that of his stepson, the writer Christophe Bourseiller (b. 1957). Christophe Bourseiller is a man of letters who began his protean career as an actor. He describes himself as a “child of the Sixties’ ball”, and Godard, Jean Genet and Louis Aragon figured as godfather figures in his unforgettable childhood. He appears in three Godard films, Une Femme mariée (1964), 2 ou 3 choses que je sais d’elle (1966), and Week End (1967). Christophe Bourseiller is today the author of some thirty works, including an excellent biography of Guy Debord and a history of the French Maoists (13). In 2006, he published his memoirs, L’Aventure moderne, where he revisits his childhood and his memories of Godard.

The styles of the two Bourseillers could not be more different: while Antoine’s account is highly romantic, Christophe’s tone is down-to-earth, bordering on the acerbic. Together they form not only a diptych of Jean-Luc Godard, revealing conflicting aspects of his personality, but also a portrait of a changing France in the 1960s. At the end of their friendship with the filmmaker, both Bourseillers remember him dropping by for a bowl of soup, a memory that perhaps triggered the curious rejoinder in Passion (1982), Godard’s film that particularly reverberates with the failed revolution: “Mange ta soupe.”

If today Godard’s alleged criticisms of Antoine Bourseiller as an advocate of bourgeois theatre seem incomprehensible, given Bourseiller’s repertory and his struggles to stay afloat, they are also a cogent reminder of just how different the worldview of many persons, including Godard, was forty years ago.