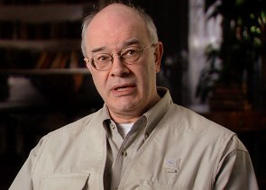 So the big man in the pink shirt has stubbed out his last cigarette and marched down the aisle of the Pacific Cinémathèque for the last time. He made it his spiritual home, the place where he brought hundreds of films and hundreds of first time filmmakers to face their first western audiences.

In the 18 years that Tony Rayns programmed the East Asian selection at Vancouver there must have been more than 500 features and maybe that many shorts again screened. Each one of them got a serious introduction. Each filmmaker who managed to scrape together the funds to get there got a Q&A session full of relaxed warm insight and explanation. Everyone spent happy post-screening hours at the groaning tables of the nearby Jade Gardens restaurant, drinking and talking on into the night.

In those 18 years the great success story was the Korean cinema. Korea went, as the country emerged from tyranny to democracy, from being of almost no interest to the most dynamic national film industry on the planet. In Rayns’ final year it was fitting that the Korean selection was such that the confines of the Cinémathèque weren’t nearly enough to fit the crowds. 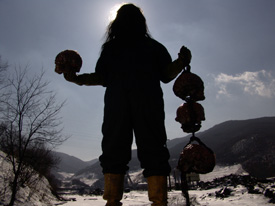 Rayns’ final program book-ended a 40 film selection with sold out screenings, in the Festival’s marquee Granville Street movie house, of the mega-hits The Host (Bong Joon-ho, South Korea, 2006) and The King and The Clown (Lee Jun-Ik, South Korea, 2005). In between young South Korean filmmakers managed to amuse and entertain (My Scary Girl, Sohn Jae-Gon, 2006; No Mercy for the Rude, Park Chul-Hee, 2006), offend and disgust (Faceless Things, Kim Kyong-Mook, 2006) and demonstrate extreme cinematic smarts (Geo-Lobotomy, Kim Gok and Kim Sun, 2006). Another acknowledged international A-list director Hong Sang-Soo gave us a mellower outlook in his latest foray into the eternal battle of the sexes (Woman on the Beach, 2006).

That’s quite a haul, a fitting collection of new work that neatly sums up what Rayns has done at Vancouver. His efforts have turned a small provincial festival in a city about the size of Brisbane into a key portal to the west for some of the most important films being made today. It’s a focus which has been taken up by many of the festivals around the world including most of the big events presented in Australia. Now an Asian region focus is de rigeur. A mere 18 years ago it was an afterthought.

Rayns selected his entries from several hundred seen each year on screen, disc or tape. He eschewed large slabs of the visible and readily available, rarely bothering with official Chinese productions or mainstream Hong Kong work. Instead he focused on the independent, the small scale, the films with simple human values made by filmmakers who often had to overcome official disapproval, indifference and a paucity of means. He also went out of his way to attract outlaws, films maudits, works that went way beyond good taste. Early on there was Yuri Obitani’s Hair Opera (Japan, 1992), an astonishing comedy about a love affair between an obsessed filmmaker and an artist whose work consists of displays of her lovers’ pubic hair. Later lurid titles like Teenage Hooker Becomes Killing Machine in Daehakno (Nam Gee-Wong, South Korea, 2001) were gleefully presented (“Of all the gobsmacking developments in Korean cinema in recent years, the arrival of this deranged indie feature must be the most alarming.”). Rayns was a master of the program note that sold a thousand seats.

Outlaws and eccentrics always provided fun, delicious anticipation and nervousness. Audiences were warned about the first Miike Takashi film to be screened outside Japan (Shinjuku Triad Society, Japan 1995). A few years later there were whoops and whistles as the credits began to roll for the screening of the full-strength, uncut and utterly scabrous version of Miike’s Ichi the Killer (Japan/Hong Kong South Korea, 2001) presented in the Vogue Theater to 1200 or so fans. This year concerned ushers walked up and down the queues for Kim Kyong-Mook’s Faceless Things seeking to assure (themselves?) punters that they were all aware of the “disgusting” (Kim’s own word) nature of one of its two episodes.

But the names of those who first became known are also legion. The prizewinners in the Dragons and Tigers Competition are starting to look like a roll call of Asia’s key film-makers. Early winners in the mid to late ‘90s included Hirokazu Kore-eda, Hong Sang-Soo, Lee Chang-dong and Jia Zhangke.

All that takes its toll. Rayns’ and Vancouver’s success has created its own burdens. More and more films are being made using the new liberating digital technologies. More and more Asian filmmakers are getting some of their funding from European distributors who then become reluctant to allow the new films to be seen without the payment of a hefty fee. More and more filmmakers are, naturally, becoming ever more aware of potential festival opportunities and the routes they want to take to market. Everything about programming at the cutting edge just gets harder.

So, having established the VIFF East Asian section, having overseen the creation of one of the most interesting film competitions in the festival world, having personally selected every entry and having shepherded 13 juries through the rigours of choosing a winner the big man has called it quits. On the final night the tributes flowed on well past the screening. None was better than David Bordwell’s, sent through in a note read out to the crowd by Festival Director Alan Franey. Bordwell concluded: “Like André Bazin and Henri Langlois, Tony is one of the animateurs of world cinema, and everyone who loves film is in his debt.”

Vancouver will continue to use Rayns’ knowledge and his unique contact book for special events. Franey promises no diminution of attention to the region. VIFF and the Dragons and Tigers are now inseparable. Things just won’t be the same.