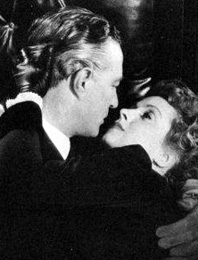 This annotation previously appeared in Senses of Cinema, no. 25, Mar–Apr 2003.

Ophuls was less interested in real things than in their reflections; he liked to film life indirectly, by ‘ricochet.’ For example the first treatment of Madame de…, rejected by the producers, planned that the story, which we all know, be seen entirely in mirrors and on the walls and ceiling. (1)

Madame de… is perhaps the least typical of these final four films, relying less on the overt self-consciousness and playful narrative devices that mark La Ronde (1950), Le Plaisir (1952) and Lola Montes (1955). In many ways it is Ophuls’ most subtle tragedy, a rondo of flirtation, coincidence, fate, reflected desire and circumstance that builds to an emotionally devastating climax (a final ‘destination’ which many may find surprising). It is a film of memory and corporeality, in which a pair of continuously traded and exchanged earrings take on an increasingly complex set of meanings and associations (much like the film itself has done, over the years, for many commentators). Despite some initial criticism – though never as harsh as that meted out on his last film Lola Montes – Madame de… has some claim to being Ophuls’ greatest film, and thus one of the great works of world cinema. It is also a film, which like the earrings themselves, requires a degree of self-investment – for both character and audience – in order to gain meaning and true resonance. (2) Although it appears self-consciously as a film of (stereo)types – we never find out the married couple’s surname, for example – the refined embodiment of the three central characters by Danielle Darrieux (Madame de…), Charles Boyer (General Andre de…) and Vittorio de Sica (Baron Fabrizio Donati) represents amongst the greatest ensemble acting in film history, a play of actors playing characters who see themselves as particular types; and who sometimes rail against the roles that a rigid society, and particular characters, have apportioned them.

Throughout Ophuls’ cinema characters sacrifice their lives for the well-being and stability of others, as well as of society. The key to Madame de…, and the heart of its tragedy, lies in characters who brush the possibilities of freedom that society then rules untenable (but, fatally, this society forms on the inside as much as the outside of the characters). These social structures emerge as fundamentally undisturbable: observe Madame de…‘s final track into the earrings now placed on ‘sacred’ display in a church which replicates the movement – and implication? – of the film’s opening shot. As in many of Ophuls’ films, a somewhat reserved sense of despair grips the film’s characters, a despair elevated to state of “enchanted sadness” that is the defining tone of Ophuls’ greatest work. (3) This sadness has a beautiful, muted melancholy, but it never absolves or obscures the potent social critique that incessantly churns beneath, and even on the surface of Madame de….