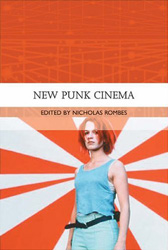 Each year, the Academy of Motion Picture Arts and Sciences and the Independent Feature Project stage awards ceremonies at the beginning of March which honour achievement in filmmaking over the past year: respectively, the Academy Awards and the Independent Spirit Awards. 2006 has seen significant overlap in the films nominated at these two events, with three films appearing in both Best Film categories: Capote (Bennett Miller, 2005), Brokeback Mountain (Ang Lee, 2005) and Good Night, and Good Luck (George Clooney, 2005). In other categories, the same films won the same gongs at both events: Ang Lee, for instance, received both an Oscar and a Spirit Award for his direction on Brokeback. The popular press has made much of this phenomenon, attending to the benefits and the disadvantages it signals for the “Hollywood” and “Indie” camps previously understood as distinct. Although largely overstated by the media as a full-scale industry transformation – the “Indiewood” effect – the coincidence of films does point to a phenomenon in contemporary (particularly American) filmmaking which is yet to be critically evaluated in any sustained way, namely the redundancy of the “mainstream” vs “independent” paradigm.

Nicholas Rombes’ edited collection New Punk Cinema takes a step toward filling this gap. Addressing a wide range of films and issues affecting contemporary film culture, the essays consider the possibilities for conceptualising a cinematic avant-garde in a climate where its historical markers have been largely absorbed by commercial institutions. In his introduction, Rombes describes New Punk Cinema as a tendency in contemporary filmmaking practices, one that is traceable, he argues, to the mid-1990s when “a series of films from around the world began to emerge that challenged, or at least radically revised, many of the narrative and aesthetic codes that governed mainstream Hollywood fare” (p.2). Films singled out by Rombes here and appearing in later essays include The Idiots (Lars von Trier, 1998), Fight Club (David Fincher, 1999), Run Lola Run (Tom Tykwer, 1998), Timecode (Mike Figgis, 2000), Gummo (Harmony Korine, 1997) and The Blair Witch Project (Daniel Myrick and Eduardo Sánchez, 1999). Initially, perhaps, this historical situation appears problematic. There have always been, in countless guises, films which challenge Hollywood codes, as the collection itself demonstrates through so many writers emphasising earlier movements: French New Wave, Italian Neo-Realism, Warholian Pop and, of course, the “first wave” of punk cinema itself (including Amos Poe, Michael Oblowitz, Vivienne Dick, Nick Zedd and Jim Jarmusch). What distinguishes the films New Punk Cinema suggests are establishing a second punk wave is their reception: for the most part, these films have broken away from the underground culture of the historical avant-gardes and achieved significant popular success. One of the signature characteristics of New Punk Cinema, like punk itself, is its capacity to be simultaneously critical and popular; to appeal to those audiences once thought in binary terms of “alternative” and “mainstream”. Perhaps the most critical characteristic of the tendency, then, is the way it explicitly foregrounds the redundancy of the historical binary paradigm.

Beyond this aspect, though, why is punk the attitude chosen to best describe this new cinematic phenomenon? The collection traces New Punk Cinema as a tendency owing some debt to the do-it-yourself aesthetics and politics of 1970s punk rock in Britain and the US. The critical dimension of this movement is, as described by Johnny Ramone and quoted in the collection, “something more than musicianship” (p. 8): punk is foremost an attitude, rather than a style. The stylistic tendency which cultivated a certain amateurism by juxtaposing various musical genres was motivated by an assumption of the constructedness of all music, and an attempt to break through the progressive authenticity characterising the (at the time, clearly delineated) opposite, commercial mode of music. Punk is highly emotive insofar as it is motivated by something felt rather than technical virtuosity. Rombes quotes Jarmusch, who indicates the influence of the musical mode on American underground cinema of the 70s and 80s: “if it hadn’t been for that music scene we probably wouldn’t be making films … [the] bands said ‘…we have something that we feel, and even if our expression of it is amateurish, it doesn’t mean that our vision is’” (p. 3).

As is now well recognised, punk’s refusal of technical virtuosity incited a style of its own. Classic punk music is marked by raw energy, speed and a distinctive sense of humour, traits which have been explicitly stylised by contemporary punk bands or even, at the darker end of the spectrum, utterly commodified by popular culture (the most successful product of the latest round of Australian Idol has been the “punk” guy, Lee Harding). Similarly, the amateurist tendencies often impelled by a lack of funds in first wave punk cinema – the long takes and minimal editing showcased in Jarmusch’s Stranger Than Paradise (1984) – inaugurated a “blank” aesthetic in filmmaking, the influence of which is obvious in many examples of New Punk Cinema. The films discussed in Rombes’ collection demonstrate how the concept of punk itself has evolved, in many cases shedding the very thing which once defined it: amateurism. As mentioned, punk has always been an attitude, but the tendency of “new” punk – particularly in its cinematic incarnation – loses any type of clear aesthetic coding.

It is not so surprising, perhaps, to find writers tracing the “animating spirit of punk” in the explicitly DIY work of the Dogma collective or Harmony Korine – filmmakers whose work fits more easily into our understanding of what an avant-garde should be, and who have, for this reason, been given a good deal of critical attention already. What is most interesting and progressive about Rombes’ collection is its attempt to broaden the very notion of avant-garde by including discussion on how more polished commercial-independent works, such as Memento (Christopher Nolan, 2000), Requiem for a Dream (Darren Aronofsky, 2000) and the Oscar-winning American Beauty (Sam Mendes, 1999), also need to be considered within this tendency. The collection surveys punk as something which is explicitly a vision, often lacking any recognisably raw aesthetic markers. In the case of the American examples discussed, the punk vision encompasses the idiosyncratic tendency toward an apparent nihilism which is evident in more and more contemporary works emerging from the US, a trend which has been discussed elsewhere by film theorist Jeffrey Sconce in the context of the new American “smart” film (1).

As a consequence of this evolution, the new wave of punk cinema is necessarily disparate. The collection charts the tendency by way of three sections, “Backgrounds and Contexts”, “Screening New Punk Cinema” and “Case Studies”. Demonstrating the evasive character of the tendency, the thing itself seems somewhat different in each instance: section one locates new punk historically, as something after French New Wave, Italian Neo-Realism and first wave punk cinema. Section two complicates this historical linearity by suggesting how new punk is a sensibility, grounded in its effect upon viewers or, alternately, a reading protocol which can identify the animating spirit of punk not just in contemporary “avant-garde” works but in filmmaking as a whole. The pieces on DVD and other digital technologies influencing the way we view cinema in contemporary culture are especially interesting in this regard. For Graeme Harper, DVD technology encapsulates the punk spirit by explicitly situating viewers as manipulators and not consumers of the text. The third section suggests representative examples of the tendency: Harmony Korine, Dogma, Timecode and Alex Cox (Repo Man, 1984, Straight to Hell, 1987). In some ways, this third section serves to tidy up the category by closing the collection with examples which all – in admittedly diverse ways – foreground the DIY approach so characteristic of first wave punk, rather than engaging with the ways this spirit animates the markedly different formal approaches discussed elsewhere in the book.

Throughout the essays there is a thread of dissent between those writers who are identifying something genuinely new in New Punk Cinema, and those for whom specific directors or films which could ostensibly be considered as part of the tendency are in fact unable or unwilling to move beyond the innovation of earlier avant-gardes. It is concluded by Constantine Verevis, for example, that Timecode, a film which unabashedly touts itself as revolutionary – “a story that could only be told in four dimensions” – doesn’t broach those limits already investigated by Warhol, specifically in The Chelsea Girls (1966). This piece makes an important point in the collection, not by shunning Figgis’ specific innovation with Timecode, nor by arguing for the limits that avant-gardists such as Warhol put on the possibility of anything like new punk cinema, but by the way it explicitly reminds the reader how any new punk text – like any text – needs to be understood in relation to the cultural paradigms that precede, and to some extent determine, it. Verevis’ piece emphasises the way in which the “new” in New Punk Cinema is also always a “post”, with the sense of necessary continuum this implies.

New Punk Cinema, in covering significant critical ground on the conceptualisation of the new cinematic avant-garde, necessarily brings a great deal of material, both theoretical and filmic, into its idea of the new punk tendency and of just what can fall within its parameters. What the book inevitably signals is the potential for further work to draw out the various, detailed dimensions of this tendency, whether this is traced along national or thematic lines, or along patterns of influence. It is perhaps Rombes’ own piece in the collection, “Sincerity and Irony”, which frames this initial, diverse collection most neatly (not, of course, that neatness is an organising principle likely to be valued in a collection on punk cinema). Rombes comments here not just on the fact of New Punk Cinema’s lineage – its historical occurrence after the earlier avant-gardes – but on the way this fact itself is internalised. As films made in a postmodern climate, New Punk Cinema doesn’t merely scramble the codes of the historical avant-gardes but references the ways in which those first waves have already done this, with the movements which preceded them. New Punk Cinema isn’t, like first wave punk cinema, principally self-conscious; it is operating at one remove again from this schema. New Punk Cinema recognises, as Rombes puts it, “that postmodern audiences already know that a movie is just a ‘movie’” (p.78). The reason the films discussed are so appropriately characterised as punk is finally because their emphasis is not solely on an academic principle but on what is felt – what the films can say and do over and above pointing to the way a film is just a “film”. This, of course, is why the films in New Punk Cinema are so interesting in the first place, and why they ultimately deserve the attention of this important collection and future critical work.