Marvelling at a scene in The Dreamers in which an auditorium of students sit bug-eyed at a screening of Shock Corridor, Maximilian Le Cain writes in this issue “…Bertolucci emphasises the energy with which the cinephiles engage with the film through his dynamic camera that penetrates Fuller’s images with the urgency of a mind taking possession of them.” Though I took an (almost excessive) dislike to Bertolucci’s film, these words transported me to a different head-space: the dizzying one I enter when I too sit in front of a huge screen and discover a melange of possibility, romance, gesture, hysteria and abstract movement emanating from flickering, glorious 35mm celluloid.

Sadly, and especially living in the still “tyrannised by distance” Australia, I view most films on video, DVD or, occasionally (and less so since SBS Television’s programming derailment), television. Whilst being most grateful for the fantastic programmes mounted by the Melbourne International Film Festival, Melbourne Cinémathèque, Lumière Cinema and the Astor, and for local independent distributors such as Potential, Chapel and Accent Films, I still find it is the exception rather than the rule these days to experience cinema…well, in a cinema!

Life in some ways is ostensibly better than ever for the ravenous cinephile: classics and rarities alike are being released at a terrifying rate on DVD (and are easily accessed and purchased via the Internet – geography is no boundary); through the extra features, insight is offered into the filmmaker’s working methods, as well as rarely seen documentaries, trailers and interviews; there are numerous magazines, online film journals and mail groups dedicated to cinema-love; and there are more film festivals than ever before. But the 21st century seems to have brought with it a significantly increased level of commercial enterprise across all of these endeavours, particularly in the domain of film festivals – there are way too many now and cinema itself has become saturated by the world of advertising, fads and other ephemera. 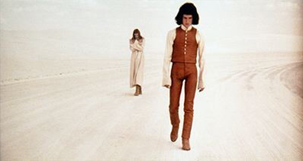 We are susceptible to forget what we cannot see. Or we may only see once it is too late. I fear that in these DVD-saturated times that the traditional sites of film culture are being neglected – those archives, museums and cinémathèques who collect, restore, conserve and curate cinema in its material form. In the past year alone, they have been responsible for such beautifully curated programs as those of Pialat, Ozu, Tati, Fassbinder, Akerman and countless others. Recently restored or new prints that screened at Cannes in May include La Cicatrice intérieure (restored by the Cinémathèque française), Ordet (Les Grands Films Classiques), Pickpocket (MK2), and (digitally) The Big Red One (Warners).

Senses of Cinema as a journal does not directly cover issues pertaining to archiving and film preservation but we believe that a passion for cinema should not be so separate from these issues. In reading journals such as the excellent Journal of Preservation, I have come across writing imbued with an unconditional passion and genuine love for cinema; conversely, I do not see due gratitude given to archives, museums and cinémathèques in more general accounts of cinema (admittedly, including those in Senses of Cinema).

In the past year or two, there have been serious threats to ScreenSound Australia, the Musei Kino (see this issue’s letters page for more on both situations), Britain’s National Film and Television Archive, the Belgian Cinémathèque Royale, the Cinemateca de Rio, the Cinémathèque québécoise, the Cinémathèque française, and many others. Each situation is different but the key elements are severe government funding cuts, “economic rationalisation”, policy misdirection, commercial takeovers, program cuts (especially in education), reconceptualisation and restructuring.

Although (due to increased competition) cultural funding is becoming scarcer across the board, these threats do not seem to be affecting art galleries, libraries or museums to the same degree. Or, rather, perhaps it is the case that cinema and its conservation is seen to be a more marginal concern for the community at large. Why is it that cinema appears to deserve less support than other cultural artefacts?

Still, just as much as these occurrences have been distressing, the public outcry has been heartening. Many of the above listed perils have been partially (or temporarily) abated due to the impassioned response of several archivist groups and thousands of individuals worldwide. Even the recent news of the threat facing the Musei Kino has already amassed 7000 signatures of support for the film museum.

So in this very short space I would just like to pay tribute to the archives, film museums and cinémathèques of the world. Unfortunately I do not have the space to list them all, nor to go into detail on the threats they each face, but we hope to cover this in more detail in the next issue of Senses of Cinema. Given this clamour has largely come from those working in the threatened fields, as well as filmmakers, programmers and critics, we’d like to help spread the word that bit further. We urge all readers to respond to these threats to film heritage as one day it may be too late. Some good sites to visit are Musei Kino, Film Archive Action, the Archive Forum and the Association of Moving Image Archivists. The Austrian Film Museum has an excellent list of websites here, and be sure to check out the rest of their informative site as well.

Some words on our (long-overdue!) redesign. Structurally, the new design makes for easier navigation and you can access the different sections as usual via the top and bottom navigation bars. Or, if you prefer to jump directly to a specific page or sub-section (for example, Top Tens from 2003), you can do so via the left navigational bar. We have discontinued three sections: Film Festivals, News and Upcoming Screenings. This is so we can concentrate on what we consider to be our central mission: film criticism. You can still find an extensive list of Australian and international film festivals under our Links page. And all of the contents of our previous issues can still be accessed via the Archive page, or you can use our new deep-search facility (on the Search page) where you have the option to search across the entire site or to focus your search on a particular section of our site (eg. Great Directors or CTEQ Annotations). We hope you like the new design and we encourage you to send us feedback on it.

Also new this issue is the Facets affiliate scheme, where by clicking on the link and shopping at Facets you can help support Senses of Cinema at the same time. The link is present at the bottom of pages featuring films or filmmakers you can find at Facets. The similar Amazon affiliate scheme has been running successfully for some time now and we are delighted to be affiliated with Facets, one of our favourite online video and DVD stores (but oh so much more!).

We would like to thank all of those readers and supporters who donated generously during our recent donations drive. Your support has made this redesign possible.

And, lastly, special thanks for this issue – our largest yet, with over 77 articles – go to Cerise Howard for her indefatigable effort in redesigning and making pretty the entire site, and to Albert Fung for redesigning the Great Directors section. Thanks must also be extended to Greg Hamilton for his invaluable technical support with the survey responses. Very last but not least, we would like to pass on our enormous appreciation to our volunteers – Fincina Hopgood, Angela Todorowski and David Urry – and the academics who recommended them.