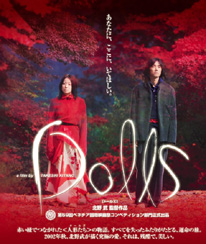 It would have been the event’s sixth incarnation, but the blizzard of publicity over the Thai capital bore only “Bangkok International Film Festival” (BKKIFF) as the official title. Those none the wiser may have believed they were witnessing a birth, in tandem no doubt with Thai cinema’s contemporary apotheosis. But for veteran observers, the disregard for continuity would only be too palpable for comfort, for why would an event with such a short and endearing history want to be seen as starting from scratch?

But as with history, things get hazier upon examination. Establishment figures called this Bangkok’s “first” international film festival in their catalogue messages, even as Thai daily and long-time patron The Nation‘s report on the opening ceremony named this outing the city’s “fourth”. Elsewhere, in some of the poster artworks, a bunch of variants flashed an unmistakable “5th” on the mastheads while at the closing ceremony, “inaugural” was the official codeword uttered during speeches. But above all, this manifest incongruity of identities was matched by an unsettling indifference to inquiry.

To ease some disconcertment, the facts at a glance: The initial three BKKIFFs were steered by founding director Brian Bennett from 1998 to 2000. In 2001, critic-filmmaker Pimpaka Towira succeeded Bennett as program director for the 4th annual. October 2002 saw Bennett return to mount what would have been the 5th edition, but here a lack of funding rendered the episode almost inadmissible. And yet, six months in the planning and scheduled just days into 2003, plans for BKKIFF’s hottest edition were already on the cards, with the managerial duties for the most lavish outing yet being divided between two men. Theatre practitioner Kriengsak Silakong was installed as festival programmer and Los Angeles-based veteran consultant Patrick de Bokay was employed as the event’s executive director. Hosting the 12-day fête of over 130 films were the five screening venues that lined the traffic-ridden Rama 1 thoroughfare in downtown Bangkok: Major WTC, Lido, Scala, SF Maboonkrong and Grand EGV, all of which beaconed the district’s islets of shops and malls attracting the daily swarm of students to their kitschy insistence of branding and imagery – the engineered pollen for this generation of youth.

Like previous BKKIFF editions, government intervention has been the vanguard of its continued existence. The Thailand Tourism Authority (TAT) ranked chief among the players this year, their renewed and dominating presence signifying a reversal of fortune for the festival across the board. Their agenda has been obvious. Thailand, along with other Southeast Asian countries, is vying for the “Tourism Capital of Asia” corollary and is predictably armed with a lustful 150 million Baht (approx. US$4 million) to prove its worth. Given the kingdom’s eminent standing as a filmmaking location, TAT has accordingly adopted the infant festival to further stress the visibility and credence of her filmmaking facilities. Along with logistic essentials such as amenities, post-production services and technical resource – basically the pledge to greener filmmaking pastures, Thailand’s physical environment is clearly the precursor of the bargain. BKKIF, it would appear, is less an endeavour to appreciate and negotiate the filmic arts than it is a vehicle for nationalist and capitalist agendas to merge into a stealthier mobilising force for economic benefit. Already, obscene refrains like “Cannes of the East” (a platitude originally claimed by Singapore) have been littering the media loop ad nauseam, as if this persuasive label signified legitimacy.

“Masters to Present” was the theme this year and the triple pun (my preferred reading), intended or otherwise, threw up interesting tensions on the state of cinema’s historiography and the contrasts between the canonised institutions of the past and the dynamic lexicon of today. One question seemed to be, how has time wrought the relevance of cinema’s “masters” in an era when pluralism characterises much of contemporary expression? Another: could the notion of “masters” and its implications be re-sited in a context removed from the logic of Western hegemony? 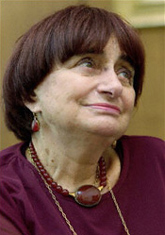 For “masters”, cinema’s ancestors were represented by a small but striking assembly of single entries that included Bergman (Cries and Whispers, 1972), Demy (The Young Girls of Rochefort, 1967), Ghatak (Subarnarekha, 1965), Fellini (8½, 1963), Menzel (Closely Watched Trains, 1966) and Truffaut (Confidentially Yours, 1983). French New Wave artist Agnès Varda was in town to grace a retrospective of eight of her works and to receive a lifetime achievement award from the Festival. Nearing 75, Varda is the youthful picture of a stanch enthusiast. At a post screening discussion of Vagabond (1985) attended mostly by a group of students from an international school, Varda mused on her subject matter of choice, with insights drawn from her political concerns as well as humanitarian observations. When one student confessed her discomfort with the film’s calculated pace of direction, Varda applauded the girl’s observation, proceeding to elucidate a creative decision she knew would be uncomfortable to some, but that she could at least justify on the basis of the character she was intent on examining.

Dolls (2002) unravels a less ideologically masculine Kitano Takeshi as he congeals three stories of regret, recourse and redemption indexed by the syndrome of ‘eternal love’ and prefaced by the structure of the bunraku (Japanese puppet play) tradition, where characters from a love story come alive. The film’s leitmotiv takes off from here, with the image of two star-crossed lovers ambulating eternally towards damnation. The lambent, autumnal cinematography makes this a breathtaking experience, and an appropriate choice too given the season’s melancholic connotations. Some will flinch at the film’s over-romanticised liberties, but it must be recognised that sentiment is the reactionary force that this genre prescribes, and this is a characteristic not uncommon to melodrama, not to mention Japanese cinema.

Fruit Chan’s Public Toilet (2002) is premised on a boy born in a primitive public lavatory, but expands into a ruminative but contrived epic that voyages across geography and culture, with the mediation of life and death as a central theme. According to Chan, the economic mobility of DV inspired the film since the medium afforded the exploration of more curious subject matter. It provoked strong sentiment nevertheless (walkouts included), and although nowhere near a comic experience, the funniest moment had to be Chan’s appearance for Q&A after the film’s second screening. Wrapping up his formalities in faltering English, he said without a trace of self-irony: “Thank you for screening my first shit movie.” 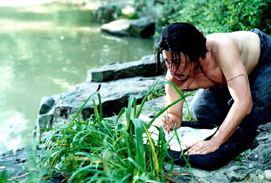 Garlands also go out to two films about tortured artists: Im Kwon-teak’s stunning Chihwaseon (2002) and its inspiring direction about the talented 19th century Korean painter Jang Seung-ub, whose emotional vulnerabilities (“How can I paint without an erection?”) are at odds with the immense beauty he was able to produce dextrously. Then, there is the evocative Japón (2002), Carlos Reygadas’ elusive canvas set amid barren and parched landscapes about an anguished painter who hobbles to the mountains to find a way to heaven, but then meets an elderly woman, empathises with her plight and eventually falls for her. On the subject of relationships, Yee Chih-yen’s Blue Gate Crossing (2002) is nothing like lesser coming-of-age movies that regard angst unadventurously; the one thing going for this film is its treatment of the paradox that encapsulates the blissful certitude and bitter insecurities of human relationships with unhurried candour. Seeing this film, one is convinced that much more is sorely desired from films whose syrupy treatments and cardboard cutout characters claim to represent the trials of teenage love with any authority.

Enclosed in the line-up too was a section devoted to the cream of Thai cinema, comprising features, animations and short films. Thailand’s orbit to the top echelons of Asia’s most productive and exciting film industries owes its triumph in no small part to the confidence of the Thai audience; yet by the admission of Thais, ascendancy and popularity are no alibis for reverence. Pimpaka, director of One Night Husband (2003), argues: “The ever increasing number of Thai films is not the issue. What should be of greater concern for the industry is the lack of variety. Little investment is being made in developing new markets… in exploring new approaches and breaking new ground. There is quantity, but little variety.” Kriengsak, who is none too optimistic about Thai films despite the hype, verifies this, but singles out acting and writing as flaws in the pattern. “The quality’s not there,” he says dismissively, adding, “Thai films are always too preachy. They talk too much. I’m glad for Blissfully Yours (referring to Apichatpong Weerasethakul’s Cannes’ Un Certain Regard award for 2002). It doesn’t talk.”

Indeed, the program’s palatable spread of Thai films may as well have served as a collective anthology of retrospectives for some of Thailand’s most prominent commercial filmmakers. On board were Nonzee Nimibutr’s testosterone-harnessed Dang Bireley and the Young Gangsters (1997), the atmospheric Nang Nak (1999) and his crinkly skin flick Jan Dara (2001). Although Pen-Ek Ratanaruang’s debut Fun Bar Karaoke (1997) and upcoming Last Life in the Universe (2003) were absent, his second feature, 6ixtyNin9 (1999) showed an assured hand at narrative engagement and a compelling gift for offbeat humour, while Mon-rak Transistor (2001) charmed with its chirpy re-presentation of the tragic hero chronicle, about a naïve village boy who deserts the army and his wife, lured away by the promise of fame and fortune. Pen-Ek is often compared to Quentin Tarantino, presumably because of his flair for characterisation and a fetish for creative violence, but the Coen Brothers rank a leveller comparison, since his characters are either implicated in amusing instances of mistaken identities or ensnared in snowballing consequences caused by desperate actions. 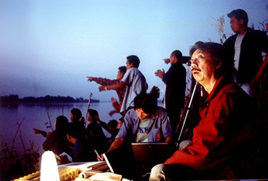 The Festival’s newly anointed Golden Kinnaree Awards (named after a Thai mythical figure) invited 11 films into competition, with crowd-pleaser Mekhong Full Moon Party (2002) by Jira Maligool as the sole Thai entry. What was dubious was the presence of Hollywood in this contest, with titles such as Frida (2002), the Festival’s opening film, and The Quiet American (2002) running for presidency. Pedro Almodóvar’s Talk To Her (2002) deservingly came tops, earning picture and directing honours. Michael Caine won the best actor award for The Quiet American, while Aki Kaurismäki’s The Man Without A Past (2002) was bestowed with the best actress award for Kati Outinen and screenplay for Kaurismäki. At the awards presentation ceremony graced by Princess Ubolratana, a curious tension presided as proxies by way of foreign ambassadors or film distribution representatives lined up to accept the awards on behalf of the winners, none of whom showed up.

Despite the glittery circus of money, hype and spectacle, it was the acute sentiments felt from filmmakers and critics alike that betrayed the parvenu status that the festival tried so hard to disguise. Some of the most resounding criticisms echoed from none other than those it had specially invited to grace this opulent occasion, with protests that ranged from the excess of glamour to the absence of meaningful platforms where film could be discussed and appreciated. Simply, there was no self-irony in the fact that the consciousness of cinema was so markedly absent in the midst of an extravagant film festival whose aim was precisely to celebrate this passion.

That competing interests – those of film buffs and of bureaucrats – were conflated, but not necessarily reconciled, by a mammoth coffer is a telling reminder of how objectives can easily lose their sway in the presence of power dynamics. The adage that money cannot buy happiness comes to mind; well, since when has bureaucracy ever been a pleasurable experience anyway? Many believed they would hear the event’s death knell on account of the sheer complexity of its organisational structure, but if the legions of post-festival reviews are to be believed, things by and large worked out fine. The epilogue on everyone’s mind is, what will next year bring about? No one has the answers as yet, but I could do well to share once again, the stirring words of a first-time festival programmer. In spite of the inflated budget he was swimming in, Kriengsak is resolute on the topic that has been closest to his heart: “The Thai government does not understand the arts,” he laments. “They need to invest.”