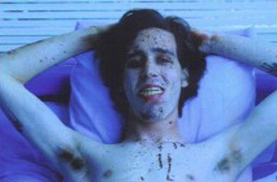 Recent months have been marked by two well-publicised controversies around the issue of freedom of speech in Australia. Firstly, there was the appalling decision by the Board of Review and the Office of Film and Literature Classification Board to impose Refused Classification status on Ken Park (Larry Clark & Ed Lachman, 2002) – a critically praised ‘art film’ that has already been shown in many countries – for its supposedly non-simulated scenes of underage sex. Ken Park‘s RC status raises important questions concerning classification processes, how censorship legislation is defined and interpreted, and the overall conservatism of the classifiers, as well as the current guidelines regarding what can and cannot be shown at Australian film festivals. These questions were explored further in the forum on censorship held at the recent Sydney Film Festival; a transcript appears in this issue.

Both more shocking and more trivial, the second controversy arose in relation to the Melbourne Underground Film Festival’s scheduled screening of a video seminar by the disgraced Nazi apologist David Irving, allegedly in the interests of ‘free speech.’ Though it was by coincidence that these two furores arose simultaneously, on some level they did seem to speak to each other. However frustrating for Larry Clark fans, the banning of Ken Park (a film easily downloaded from the Net using peer-to-peer file-sharing software) was clearly for the most part a rhetorical gesture – at once a swipe at the dreaded ‘elites’ and a sop to the understandably widespread ‘moral panic’ around the increasingly blurred line between acceptable and unacceptable forms of ‘pornography.’ MUFF meanwhile provided a handy illustration of the now-ubiquitous tabloid sensibility that both reflects and foments such panics – its shock-value-is-all programming placing the Irving tape (finally not screened) alongside rants from across the political spectrum as well as an atrocity video trumpeted by the catalogue as “evil.” In the midst of such mundane horrors, the real shock of the festival was the starry-eyed beatnik rhetoric of Jonas Mekas’ Guns of the Trees (1964) – naïve and self-important, but a million miles away from any notion of the ‘underground’ available to MUFF director Richard Wolstencroft and company.

While anyone with a serious belief in free speech ought to acknowledge MUFF’s legal right to screen the Irving footage, anyone with an ounce of moral perception ought to be aware of the difference between defending the right to self-expression in the abstract and giving free publicity to loathsome cranks. Indeed, the real lesson of both controversies, once again, is that debates around censorship deal with only one aspect of a far larger political question – who has the power to create images and make them available? – which takes us well beyond easy distinctions between ‘mainstream,’ ‘art,’ or ‘underground’ cinema.

Coverage of Australian film culture in this issue provides numerous examples of how different kinds of power act both on and through various cinematic fields. Pauline Webber’s critique of the Sydney Film Festival draws attention to the Anglophone biases often taken for granted even in supposedly enlightened ‘high art’ settings. Felicity Collins’ discussion of a program of new short films by indigenous Australians provides a series of case studies in the use of narrative as a tool for political exploration – illustrating how familiar forms can acquire new resonances in a given social context. Interviewees Albie Thoms and Nigel Buesst, both longtime observers of the Australian film scene as well as filmmakers themselves, suggest that the introduction of government subsidies for our film industry in the early 1970s was something of a mixed blessing, spelling an end to much of the less ‘regulated’ activity that already existed. It’s a debatable point, yet with support for the industry currently threatened by a mooted free trade agreement with the US, it’s timely to keep in mind the ways in which even the most proudly ‘independent’ brands of filmmaking are in thrall to the cold equations of economics.

Among other highlights of this issue, our ‘Lost Films’ section challenges the association of Hollywood with ‘dominant’ cinema by focusing on three ‘limit case’ directors – Erich von Stroheim, Orson Welles, and Nicholas Ray – whose adventurous works and personalities ultimately proved uncontainable within the system. By way of contrast, we’ve also compiled a special ‘symposium’ on Steven Spielberg, in the belief that his most recent films in particular deserve – at the least – serious critical examination and debate. While Spielberg is arguably the most ‘successful’ filmmaker of all time, he’s also an artist who, like Chaplin and Disney before him, appeals to a mass audience largely through his identification with the oppressed and helpless (above all, with children). Thus, while Spielberg’s name is commonly employed as a synecdoche for American corporate culture (like ‘Disney’ or ‘McDonalds’) whether we love or hate him may have less to do with our conscious beliefs than with the immediate emotional responses his films draw from us, on levels that are intimate and even potentially shameful. Yet this too is a matter of power and control, and hence political, for better or worse.

Special thanks for this issue go to John Demetry.