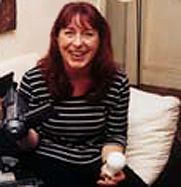 The 8th Australian International Documentary Conference (AIDC), held in Byron Bay from 17 to 20 February 2003 and headed by Catherine Marciniak, was, by all accounts, a huge success. By ‘huge’ I mean an enormous delegation of filmmakers, broadcasters, bureaucrats, academics and international guests. And by ‘success’ I mean a good time was surely had by all and the closing plenary session raised important, necessary actions for the local documentary community to pursue.

As a conference novice, what I write here can only be a subjective summation of the sessions I attended and my impression of the conference overall. Held in the sub-tropical environ of Byron Bay – slightly out of town at the Byron Bay Conference Centre – the venues at times became extremely hot. Sometimes due to air-conditioning failures, sometimes due, I’m sure, to my inability to acclimatise. I felt very sorry for the northern-hemisphere folk who had just stepped out of a northern winter to be with us. Daniel Cross, from Canada, had literally stepped off the plane to sit on the “Next Wave” panel, his socks and shoes spread before him. And because the area is facing level 5 water restrictions, the local water tasted so bad we had to drink bottled water. Thankfully water-coolers were supplied.

Highlights of AIDC for me were the launch of the National Indigenous Documentary Fund Series 5, subtitled “Skin, Kin and Country” on Wednesday night, at the Great Northern Hotel. The films were introduced by Sally Riley of the AFC Indigenous Branch, Yvonne Stewart of the Arakwal Nation alongside her aunties – traditional owners of the area, Kim Dalton, head of the AFC, a local ATSIC representative and Glenys Rowe, SBS Independent General Manager. Each of the five half-hour documentaries are excellent, covering topics that range from the history of The Aboriginal Foundation to the story of Maralinga and Ngangkari healers. Together they make for a very strong series.

Twenty-four indigenous delegates attended the conference, and this strength in numbers was backed by sessions such as “Bush Mechanics”, a keynote address by Lester Bostock, the AFC’s launch of their Indigenous Protocols working paper, and a plenary resolution to include an indigenous filmmaker on the Board of the AIDC.

The first keynote address by Brian Winston “Serious Intent” read like a ‘documentary 101’ class, in which Winston argued that the documentary form had been dilapidated by the onslaught of factual programming. His argument that reality shows which had no connection to reality because they were not based in pre-existing situations, unfortunately moved into spurious territory as he applauded a Jamie Oliver cooking show which filmed unemployed Britons being trained to be chefs in their own restaurant. This TV show was based on a pre-existing idea, which then only became a situation. There is no difference there. 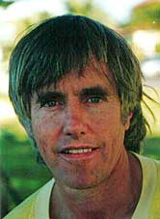 The discussion of the perceived threat to documentary by factual, populist programming continued in sessions such as the “Redirecting Dissent” in which David Bradbury lamented, in a ten-minute single sentence, the fact that the public broadcasters “have the screws on them” from the Federal Government and so are dumbing down, in order to chase ratings. On top of this, Bradbury claimed (to loud applause from the audience), the commercial networks are getting away with murder – programming shows produced in-house like ‘Don Lane visits New York’ and calling it documentary.

Bradbury’s speech was followed by Steven Rice, Executive Producer of Channel 9’s “Sunday” programme who admitted he “might not have much to offer” the delegates, but thought perhaps they might learn how to pitch a story to him. Steven’s argument was that the budgets to commission independent filmmakers for his 40-minute feature stories was limited, and he could much more easily afford to buy an international programme, costing $12 to $15,000, than the Australian equivalent which would cost him $40 to $60,000. He spoke of the impending death of free-to-air television as it operated an outdated business model.

The crisis state of the industry thesis ran through many sessions of the conference, with the “For Love And Money” session, comprising representatives of each of the government funding bodies (FFC, AFC and Film Australia) and public broadcasters (the SBS and the ABC) plus independent filmmakers being the most feisty. The discussion in this session was quite frank and as delegates I spoke to directly afterwards said “VERY revealing indeed”. Susan McKinnon described the FFC’s current crisis, in which they have run out of documentary funds six months before the financial year’s end, as a “serious, sad, horrible and scary” state of affairs. She spoke of the bias within the industry against documentaries in favour of drama, citing the AFI’s proposed marginalisation of the documentary awards to a separate ceremony (a resounding cheer from the audience!). This, coupled with the Federal Government’s budgetary focus on the probable war in Iraq, presents a sad state of affairs for Australian documentary. There will be no more money.

The AFC’s Carole Sklan suggested taking a fresh look at the whole slate across the industry. Where should these limited funds be directed? Public money is there for cultural development reasons, especially in a pluralist democracy, and so should be used as such. At the moment, filmmakers are subsiding their own industry.

We all agree there is not enough money to go around, and so we discussed the planned appeal to Senator Alston to regulate and make policy which would ensure the Pay TV channels spend 20% of their budget on local production, in a similar model to that applied to Australian drama. This required funding would stimulate production and allow filmmakers to work consistently, albeit spreading their slate across popular factual programming and documentaries with “serious intent”.

While whole heartedly agreeing with this move, SBSi’s Glenys Rowe cautioned against over-zealous regulation, which often stems from a state of anxiety. She says innovation and unorthodoxy are required to lead us out of the current ‘state of emergency’. Orthodoxies challenged included the budgets, ‘set’ at $260,000 per hour; the fairness and parity strictly applied by the state agencies, sometimes more than the pursuit of a good story; and whether documentaries produced by and about Australians should be funded at all by the FFC which is essentially a bank or whether they should be funded instead by our cultural institutions, like the AFC and Film Australia. Additionally, the whole industry should be working toward making documentaries ‘sexy’ and attractive to a general audience; we should have feature stories on the cover of each weekend newspaper’s arts pages.

A session which reminded me to celebrate documentary and our industry was “The Next Wave”, featuring local filmmakers Katrina Sawyer, Amiel Courtin-Wilson, and Darren Ballengary, with Singaporean Pin Pin Tan and Canadian Daniel Cross. These relatively new filmmakers discussed their films, experience of their industries so far, their motivations, their methods and their mentors. The focus on the present and the future was inspiring, and a welcome relief from the oft cried “there’s no money any more!” we hear from the Filmmakers’ Establishment, who grew up in the happy days of ‘adequate’ government financing.

Also invigorating was the “In The Frame” session a collection of papers presented by Lesley Stern, Ib Bondebjerg and Anne Rutherford. Each piece discussed the ways in which we read images and documentaries, from our perspective as cinephiles, and more specifically, as “docophiles”.

Reminding us that documentary filmmaking is an art, Anne Rutherford’s “Affect and the Documentary Spectator: Rethinking Affect Outside the Structures of Dramatic Fiction” discusses the space between cinematic effect and affect. She argues that much of the discussion about documentary has been about the production, rather than about the actual text, stemming from an epistaphilia. Documentary production has been about “embodied spectatorship” wherein filmmakers assume a dramatic formula and characters will make the story, which leaves the image and soundtrack taking second place. Rutherford calls for the need for a paradigm shift in thinking about documentary, citing Agnès Varda’s The Gleaners And I (2000) as a leading example of a documentary that does not separate the journalism from the affect. 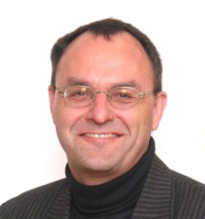 That “journalism” and “art” in documentary do not need to be separated was reinforced by Ib Bondebjerg’s paper “The Social and the Subjective Look: Hybridization and Poetic-Reflexivity in New Documentaries”. Bondebjerg’s optimism about the convergence of formats within documentary and the associated democratisation of the form was a refreshing interpretation of what Brian Winston had lamented earlier. Bondebjerg presented the Danish model where the Film Institute’s production and exhibition activities had stimulated interest and audience for all kinds of documentary, of which the intimate private life expositions of reality TV (“the private going public”) is only a part. He denies we are in a ‘post-documentary’ age, and described Lars von Trier’s new Documentary Manifesto, which returns to the “pure”, with no manipulation or filters allowed.

Jane Roscoe’s presentation of her “Out of Collision” a ‘state of the art’” paper similarly denied we are in ‘post-documentary’ age in Australia. The full paper can be found at the AIDC website. It offers a thorough analysis of current issues faced by our apparently “healthy” documentary industry – not forgetting the recurrent debate raised by Brian Winston and others about ‘factual programming’ versus ‘documentary’ and the dumbing down of the genre.

The balance of discussion about the state of the production industry and the craft of documentary filmmaking is a delicate one to negotiate, and is of great importance in any cultural industry. Where business meets art is a space which will always attract contention, and the extremely high number of delegates meant that a very broad cross-section of delegates had to be taken into account.

The plenary session consolidated some of the issues raised, and included recommendations which included calls for: 15-20% of the FFC’s funds be directed to documentary; a filmmaker to sit on the FFC Board; pay TV to spend 20% of their budget on new Australian documentaries; the new ABC Independent to include documentary in their brief; and for SBS TV to be funded to transmit to the whole of Australia. In a final inspiring moment, the plenary called for the AIDC to present a Media Release to Australian key newspapers which stated our complete opposition to a war in Iraq, and called for accountability and independence of all journalists reporting the state of affairs.

At this point I felt the 2003 AIDC had managed the balance between business and our craft nicely, and have come away inspired, enlightened and enthusiastic about being a part of this vibrant industry.