When asked about the phenomenon of filming Yugoslav socialist ruins in an interview on his film Muzej revolucije (Museum of the Revolution, 2021), Srđan Keča elucidated it as “an excitement of discovering abandoned and forgotten places, a sort of archaeology” stemming from “the erasure of histories occurring in the recent years” on the territory of the former Yugoslavia.1

While Keča’s feature – centred on residents of the ruins of Vjenceslav Richter’s unfinished Museum of the Revolution in Belgrade – would turn out to be more of a portrait than a landscape, over the last dozen years numerous films from the former Yugoslav countries have focused on places rather than on faces, or on the relationship between the two. Their titles speak volumes: Landscape Zero (Nulti krajolik, Bruno Pavić, 2020), Landscapes of Resistance (Pejzaži otpora, Marta Popivoda, 2021), Landscapes of War, Landscapes of Peace (Pejzaži rata, pejzaži mira, Aron Sekelj, 2017), All the Cities of the North (Svi severni gradovi, Dane Komljen, 2016), Rampart (Marko Grba Singh, 2021), Homelands (Domovine, Jelena Maksimović, 2020), Honeyland (Medena zemja, Tamara Kotevska and Ljubomir Stefanov, 2019).

Although invariably steeped in Yugoslavia’s history, dissolution, and aftermath, few films of this tendency have delved into the cinearchaeological excavation of a single socialist-era building complex like Ivan Marković’s Centar (2018) did with the Belgrade congress hall Sava Centar and Ivan Ramljak’s Dom boraca (Home of the Resistance, 2018) with the Kumrovec Memorial House to the People’s Liberation Struggle, Fighters and Yugoslav Youth. In addition to their year of release and a virtually identical running time (48’ and 49’, respectively), these two recent non-fiction films also share several formal characteristics: they are almost exclusively comprised of static shots, rely on a minimalistic mise-en-scène and feature little to no speech or music.

Architecture as “History Itself Frozen”

Interpreting the post-Yugoslav “cinema of political landscapes,” Pavle Levi argues that “nature in the landscape films always functions (…) as ‘semiotised,’ as nature inseparable from history.”2 Given their historical and symbolic importance, Sava Centar and the Kumrovec Memorial can be seen as “inseparable from history” as Levi’s political landscapes. Along these lines, A.G. Rappaport notes that “(the architectural structures of the past) accumulate the memory of man and society. (…) The building retains or bears the memory of those historical events of which it was a witness.”3

The aforementioned landmarks have had a rich and turbulent history. The construction of the Kumrovec Memorial, a complex made of a cultural and youth centre, a hotel and a political school designed by Croatian architects Berislav Šerbetić and Ivan Filipčić, was completed in 1974. According to Spomenik Database, “Tito personally presided over a cornerstone laying ceremony for this project, during which he is reported to have said: ‘from here, from this (memorial) house, brotherhood and unity will radiate because fighters and youth will come from all over our region.’”4 The memorial, located on a hill overlooking the village of Kumrovec, Josip Broz Tito’s birthplace, rapidly became a major tourist attraction and would host many events and celebrations in the ‘70s and ‘80s. In the ‘90s, the complex would eventually be transformed into a shelter for some 200 displaced persons and refugees, mostly from Vukovar, fleeing the war in Croatia.5 Managed by the Croatian government, the building has been awaiting its repurposing for years, following many failed privatisation attempts.

Sava Centar, a work of the architect Stojan Maksimović completed in 1978, hosted numerous international meetings during the Tito era, including an OSCE conference, a Summit of the Non-Aligned Movement, and the 14th (and last) Congress of the League of Communists of Yugoslavia. Over more than four decades, it also offered the stage to approximately 35,000 cultural events, such as performances by Ray Charles, Miles Davis, and Lou Reed, and the Belgrade International Film Festival FEST.6 After years of unsuccessful privatisation attempts, the congress hall was purchased by Delta Holding in 2020 and is currently under renovation.

Home of the Resistance reveals unequivocally the identity of the place (the sign “Dom boraca”) and refers to its historical context through two specific devices: the voiceover and the archival photographs. The scarce protagonists (caretakers, cleaners, gardeners, veterans, tourists) remain silent throughout the film. The only voices we hear (except for those coming from movies watched by a male protagonist) are two interwoven voices from the memorial’s phonographic collection, blended with the sound of a typing machine. The camera then moves to show the female protagonist – a former receptionist at the hotel – supposedly typing out the acousmêtres’ political speeches, as if transcribing history. At the very end, a string of slides of photographs from the golden era of the memorial appears, and finally the receptionist watching them. The photographs and the voices are the historical referents and she – the typist, the spectator – is the mediator between the past and the present. Centar, on the other hand – and this is one of the major differences between the two films – elides contextual information, foregrounding the modernist building’s otherworldly futuristic quality. Only the final title card provides information on this monument of Yugoslav architecture and haut lieu of contemporary Serbian culture.

With or without context, both directors opt for a steady observational approach in order to display places at a standstill. Sava Centar and the Kumrovec Memorial are indeed declining, but their staff still clean floors, polish surfaces, fix technical issues, water plants, and cut grass. The buildings are thus not entirely left to the mercy of time and nature. What interests Ramljak and Marković is translating effects of time and nature into images. And what better than a fixed camera to portray a time capsule and suggest that “architecture is history itself frozen”?7 As time itself cannot be shown on the screen, they film material effects of passing time and of nature reclaiming its rights: an out of order swimming pool, leaking roofs, an elevator slowly taken over by vegetation (Figure 1) or obsolete technology. As Svetlana Boym observes, “the fascination for ruins is not merely intellectual, but also sensual. Ruins give us a shock of vanishing materiality.”8 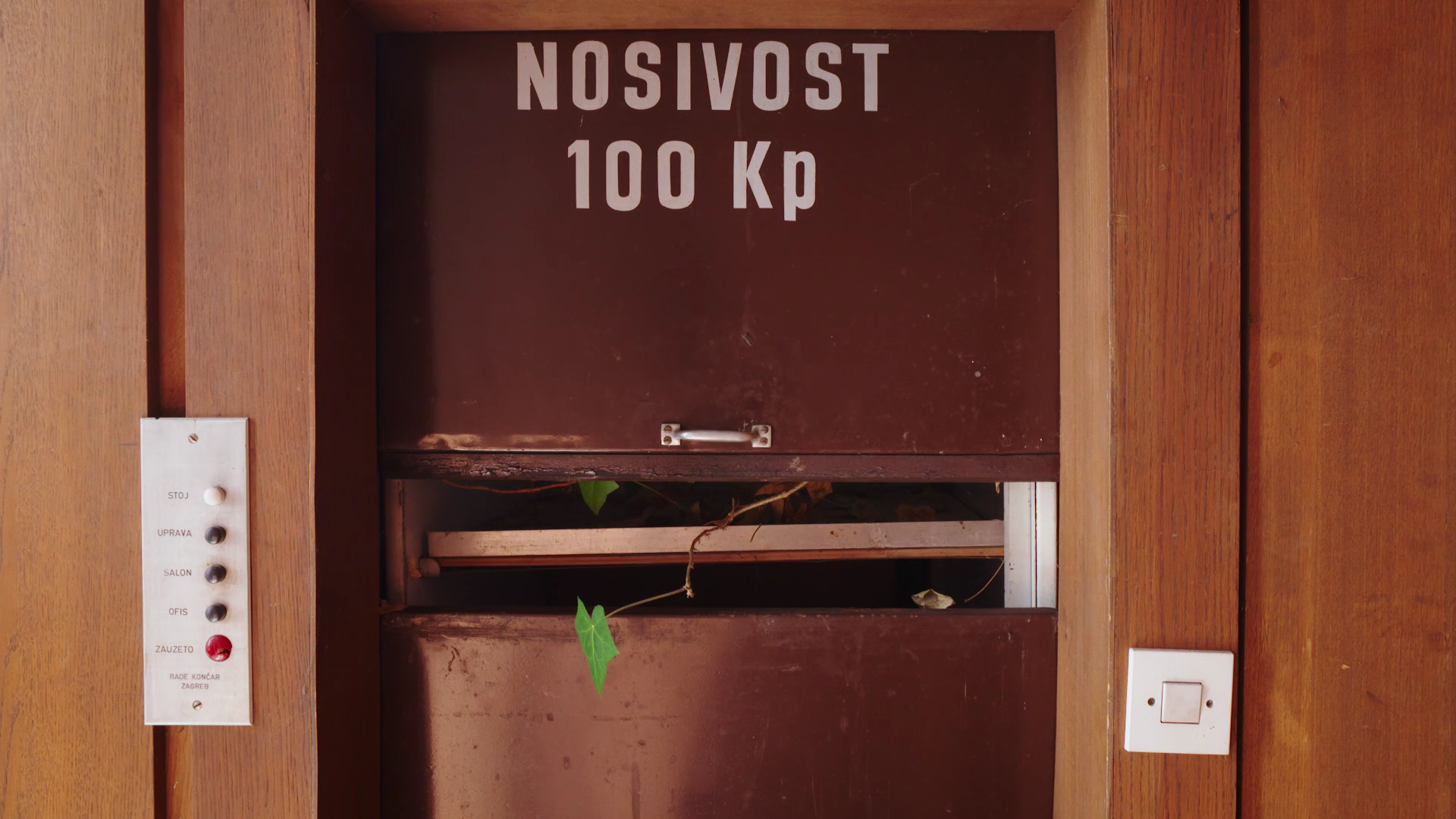 Figure 1: Home of the Resistance

At the same time, the authors seek to capture the genius loci, the atmosphere of a place, “a totality made up of concrete things having material substance, shape, texture and colour”9 determining “an ‘environmental character’ which is the essence of place.”10 The genius loci is naturally transformed by the cinematic apparatus. Marković portrays Sava Centar as a hermetic box, an anonymous edifice at times verging on abstraction (Figure 2). On the other hand, Ramljak’s “aquarium of history” features many exterior shots as well as sights of people looking inside and outside through the glass, with natural light prevailing throughout the film. According to Christian Norberg-Schulz, “the character of a man-made place is to a high extent determined by its degree of ‘openness’. The solidity or transparency of the boundaries make the space appear isolated or as part of a more comprehensive totality.”11 Herein lies another distinction: with its low degree of openness, Sava Centar is depicted as isolated from the outside world, while the transparency of the boundaries makes the Kumrovec Memorial look firmly integrated into its surroundings. 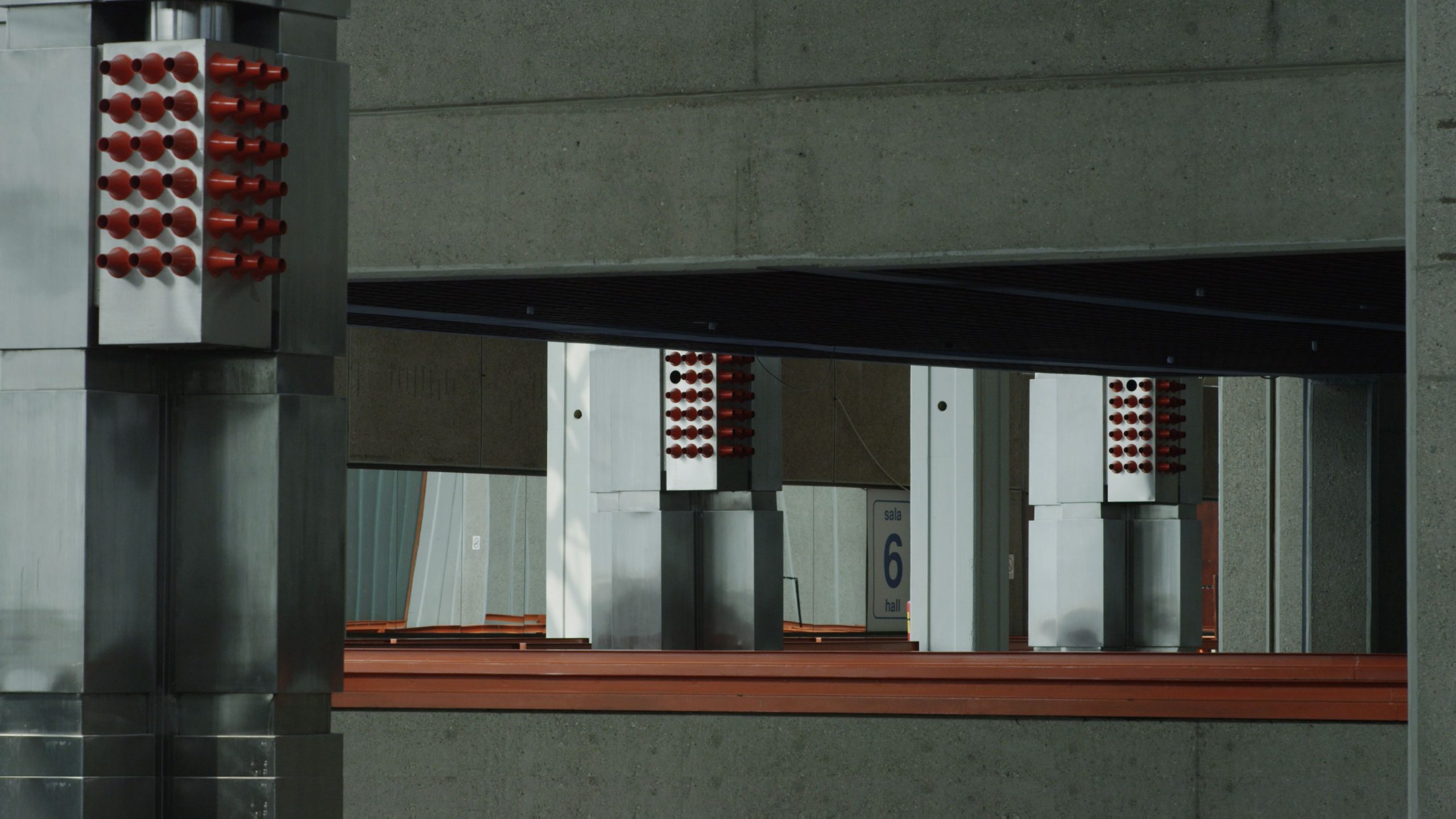 With their objects of interest suspended in time, these non-fiction films also posit an intricate temporal interplay, appealing to considerations on history and utopia. Echoing John Friedmann’s view of utopian thinking as “the capacity to imagine a future that departs significantly from what we know to be a general condition in the present,”12 Małgorzata Nieszczerzewska concludes that “decaying buildings embody present and recent past, and suggest how is the future to be imagined.”13 For Friedmann, furthermore, “in the peculiar form of dystopias, utopian thinking may alert us to certain tendencies in the present, which, if allowed to continue unchecked and carried to a logical extreme, would result in a world we would find abhorrent.”14 The tendency Ramljak and Marković seem to alert us to is the one their fellow filmmaker Srđan Keča has recently spoken about: Yugoslav successor states’ official policies distancing themselves from the legacy of Tito’s Yugoslavia (for instance, by changing street names honouring World War II partisans and communist figures) and the ubiquitous revisionism (notably surrounding WWII camps and war crimes of the ‘90s). As Ramljak put it: “Croatia is one of the countries attempting to erase recent history and Home of the Resistance is a small act of resistance to that tendency.”15

Cinearchaeology becomes then more than a ruinophile’s fetishist collection of aestheticised sights, insofar as it reveals dormeurs’ political potentiality as “not only symptoms but also sites for a new exploration and production of meanings.”16 Despite the activist-like undertones of Ramljak’s declaration, his and Marković’s works are devoid of the habitual documentary proceedings – such as talking heads – as if to leave the production of future meanings and of the yet-to-be to the viewer. In other words, the images of the dormant buildings cut from the fabric of reality are supposed to awaken the spectator’s curiosity, which should in turn awaken the architectural dormeurs.

Potential of the Plants, Power of the People

The buildings’ material decay is countered by the vitality of the people and the plants. Indeed, Centar and Home of the Resistance include a non-negligible number of images of plants and of the maintenance staff watering or moving them (Figure 3). Against the backdrop of deteriorating materials and surfaces, the vegetation in all its greenness and vividness is more than a mere ornament. It represents breathing, living, and the potential for growth. Yet this vegetation does not embody nature reclaiming its rights over man-made structures. The plants in pots paradoxically incarnate its exact opposite, namely a resistance to the decline, whereas the caretakers are the resistants defying oblivion by preserving materiality. It is by no means a coincidence that the synopses of both films gravitate around lexical fields of labour and combat (“resistance fighters,” “relentless effort,” “shoulder the duty”) through which they emulate the official Yugoslav discourse following WWII liberation. 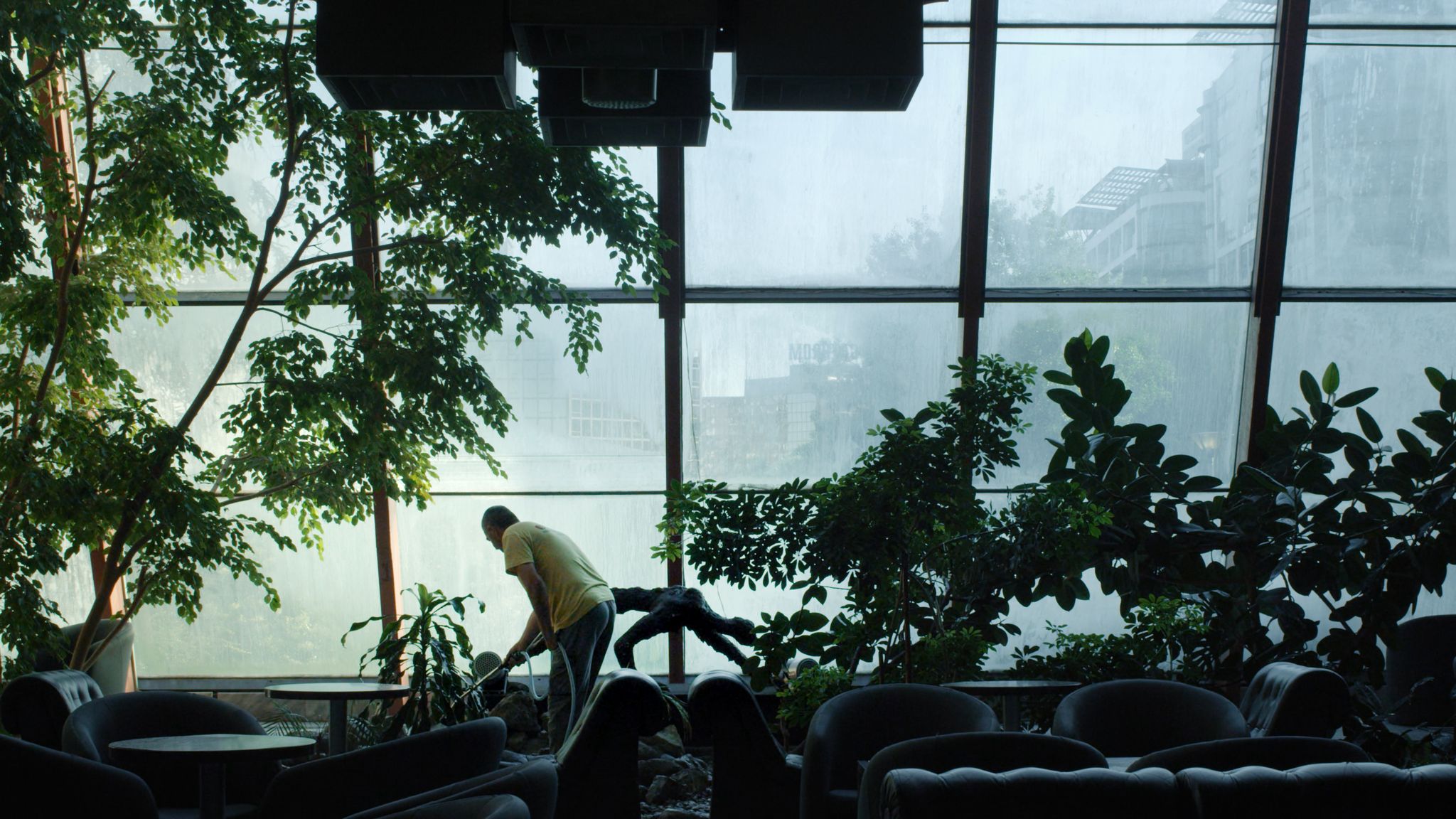 Ramljak and Marković depict people differently. Ramljak’s medium shots and close-ups “individualise” the protagonists, pointing to an intimate and organic connection between them and the memorial, in particular in the case of the receptionist (Figure 4). Marković, on the other hand, prefers a certain anonymisation of workers, whose dehumanised movements in unison (Figure 5), banal uniforms and blank or fatigued faces (compare, for instance, Figures 4 and 6) hint at a capitalist alienation of socialist collectivism and workers’ state ideals. Against the humming of the ventilation, of automatic doors and vacuum cleaners, workers are shown in cool grey, green and blue hues, often in long shots, sometimes with limited light, subsumed by the gigantic Sava Centar. 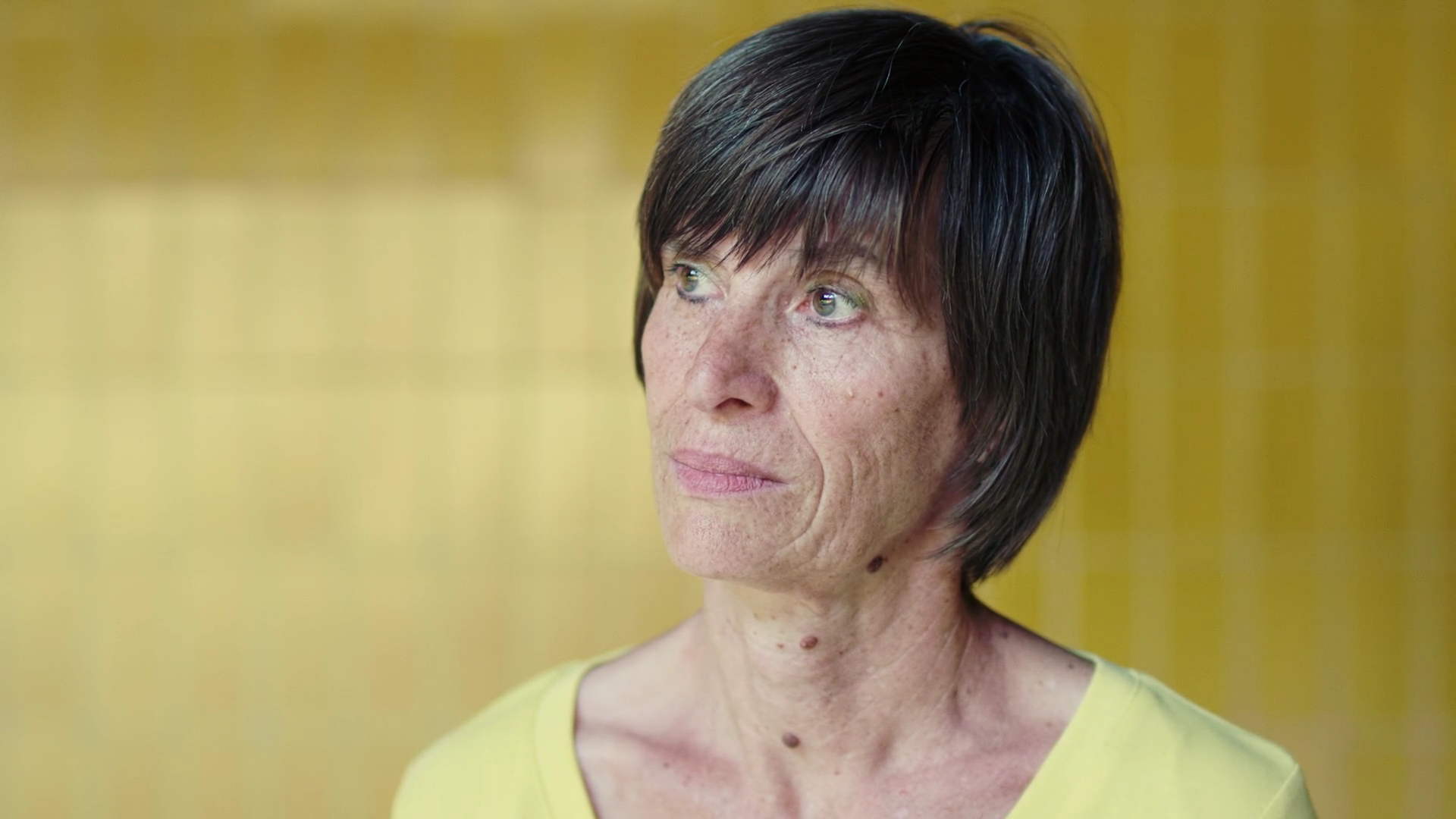 Figure 4: Home of the Resistance 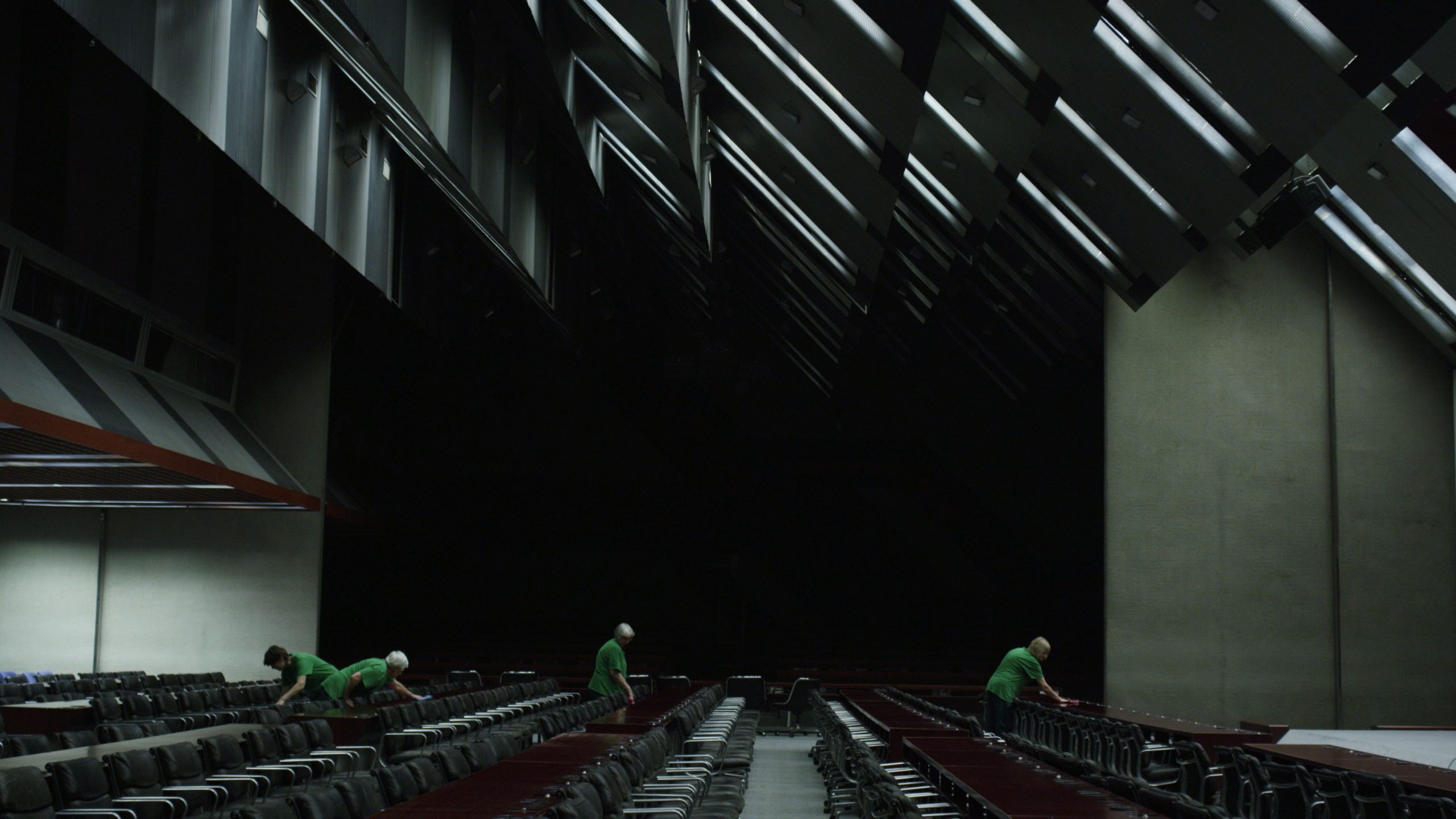 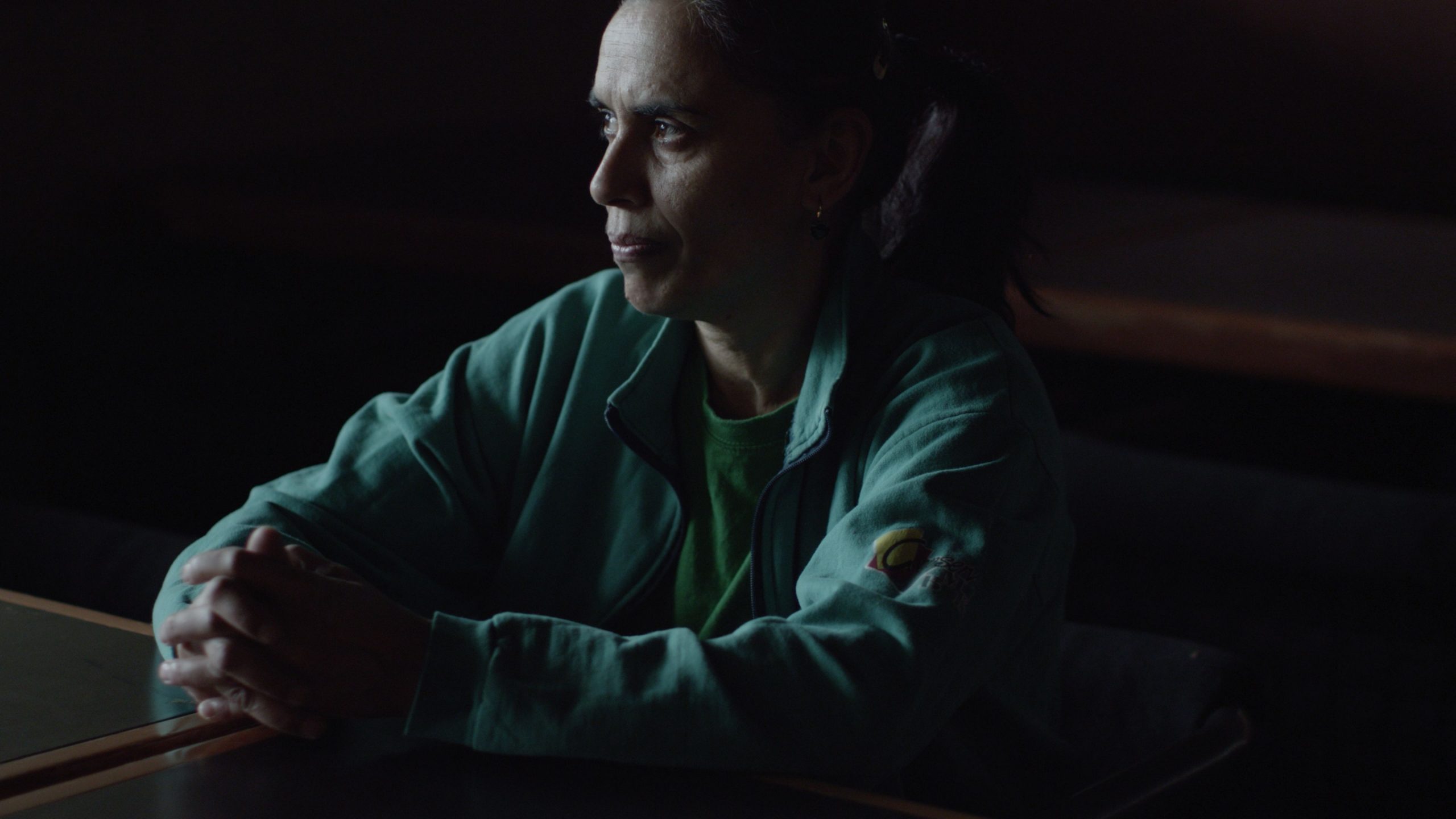 Despite their decay, the Kumrovec Memorial and Sava Centar retain the seed of the communal experiences they were once the stage of. Ivan Marković and Ivan Ramljak do not nostalgically indulge in a “neoromantic malaise”17 and its possible cinematic transposition. A poised observation of architecture can indeed bring its share of political potentiality by calling for a nuanced look at history and a critical one at the present, for reassessing legacy and building on its foundations.