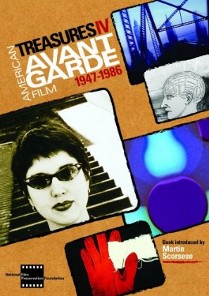 This 2-disc DVD set from the National Film Preservation Foundation and Image Entertainment covers an era of filmmaking that is almost lost to authentic recall; an era when individual artists were able to make films of grace, daring and complexity on non-existent budgets, working mostly in 16mm, making up the rules as they went along and obeying no one’s authority but their own. The recent collapse of 16mm as a distribution, exhibition and production medium makes this DVD collection all the more compelling. Without it, many if not all of these films would completely vanish from our collective memory, as if they had never even existed. And that would be a great loss.

For here, in an immaculate collection, are 26 films by a widely disparate gallery of artists, from Andy Warhol to Ron Rice, now available on DVD for the first time. As Martin Scorsese, who wrote the foreword to the brief but authoritative booklet that accompanies the films, notes:

The American avant-garde presents a stunning alternate history of cinema – an entirely different set of possibilities, another world of images and sounds – but the films have always been difficult to see. That is why I’m so excited by this new set in the Treasures from American Film Archives series.

But actually, the films haven’t been difficult to see – that is, up until now. The Filmmakers’ Cooperative in New York, founded in the early 1960s by a consortium of film artists including Shirley Clarke and Jonas Mekas, served as a central clearing house for the East Coast branch of American experimental cinema from the 1940s work of Maya Deren up to the present, while Canyon Cinema, founded by filmmakers Bruce Baillie and other San Francisco cineastes, distributed the work of the West Coast underground. But recent events – very recent events – don’t bode well for the future of 16mm distribution. The Filmmakers’ Cooperative, under the direction of M. M. Serra, as I write this, is facing eviction from the distribution centre it has occupied for the past decade or so, and a new location may not be found.

Canyon Cinema, under director Dominic Angerame, is hanging on at its West Coast location, but the relative death of the 16mm format means that film bookings are becoming fewer every year. The current economic downturn doesn’t help matters, either, as colleges and universities slash their film rental budgets.

Finally, many of the artists who created the avant-garde in the 1960s are no longer with us, except through their films, and the preservation of original negative and reversal materials for their films has become an extremely tenuous affair – not to mention the near-astronomical cost of striking new 16mm prints, even if satisfactory master materials are available.

Unlike commercial films, experimental independent films are a “do it yourself” proposition, and the filmmakers alone are primarily responsible for the presentation of the printing masters, whether reversal or negative. Money, time, fate and sometimes neglect or just bad luck take a toll on the avant-garde artist. The 16mm era is ending and the DVD (and BluRay) era is upon us; digital masters of all these deeply valuable and irreplaceable films need to be struck immediately, before even the existing 16mm prints are no longer usable for video transfer, even if only as a last resort. The work of the NFPF is thus vital, essential and crucial to the survival of these influential films.

For this current set of DVDs, the first collection from the National Film Preservation Foundation to concentrate entirely on experimental cinema from the late 1940s onward, original source materials for the immaculate video transfers were obtained from five of the nation’s foremost avant-garde film archives: the Academy Film Archive of the Academy of Motion Picture Arts and Sciences, Anthology Film Archives, the Museum of Modern Art, the Donnell Media Center of New York Public Library and the Pacific Film Archive. 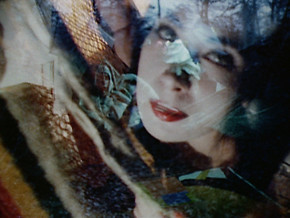 An added bonus is the superbly detailed booklet of program notes, with authoritative commentary on all of the films included. At 70 pages, this is more than a mere pamphlet; it constitutes a serious study on the films and their makers. In addition, there is new music by noted composer John Zorn for some of the silent films (others, such as Menken’s Go! Go! Go! and Warhol’s Mario Banana (No. 1) retain their original silent format). The 2-disc set is organized in a series of well-designed interactive screens that take the viewer smoothly through the collection with a minimum of difficulty – or, one can simply select “play all,” and see the program in its entirety.

As a final touch, and a considerable one, the DVD is an “all-region” format disc, meaning that it will play in Region 1 (the U.S.), or Region 2 (most of Western Europe), and throughout the entire world, just so long as the equipment used conforms to NTSC (not PAL/SECAM) format. Most discs released in the United States are Region 1 only, with masses of “copy protection” software encoded into each disc that inevitably degrades the image quality. The 2 discs in Treasures IV are copy protected, to be sure – it’s only proper that they are – but the “all region” format is an added bonus that gives the set truly international appeal.

What, precisely, is on the 2 discs? Here’s a complete list of the films, comprising a veritable feast of avant-garde filmmaking, from the most anarchic, free form visions of Jonas Mekas’ Notes on the Circus and Storm De Hirsch’s Peyote Queen, to the sculptural austerity of Hollis Frampton’s elegiac Nostalgia or Paul Sharits’ Bad Burns. In short, there is something for every taste, in a program that is both balanced and wide-ranging. The films are:

Some of the films in the collection are, at least to me, unusual choices. Bruce Baillie’s Here I Am is a simple, direct film shot in an almost traditional manner – I would much rather have seen Mr. Hayashi (1961), a gentle portrait of a Japanese gardener, or A Hurrah for Soldiers (1962-63), Baillie’s brief but powerful anti-war film, or his brilliant Mass (for the Dakota Sioux) (1963-64), at 24 minutes one of the director’s most ambitious and impassioned works. Scott Bartlett, a superb West Coast filmmaker, could have been represented with his first film, Metanomen (1966), one of the strongest debuts by an experimental filmmaker during this era. The Brakhage film, The Riddle of Lumen, is an excellent choice, but I would really have liked to see some of the earlier works, such as Desistfilm (1954), Reflections on Black (1955) and/or Loving (1956). 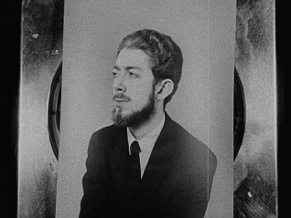 For Robert Breer, his groundbreaking collage film, Jamestown Baloos (1957), is essential viewing, as is his gracefully inspired abstract (until the last few frames) animation, A Man and His Dog Out For Air (1957), or Blazes (1961). For Hollis Frampton, as compelling (and often terrifying) as Nostalgia is, I would have loved to have seen again the much more playful and accessible Surface Tension (1968) or Carrots and Peas (1969). For George Kuchar, Hold Me While I’m Naked (1966) seems an almost inescapable choice, while Robert Nelson’s brutal, classic abstract on American racism, Oh Dem Watermelons (1965), featuring a hypnotic soundtrack by Steve Reich, is another must-see. Jonas Mekas’ Cassis (1966) is a delightful sketch of a day in the life of a busy fishery port, shot in stop motion; and for Marie Menken, one of my favourite filmmakers, I would include Hurray! Hurray! (1958) and Andy Warhol (1963-64), a portrait of the pop artist at work in his first “Factory”, also shot in stop motion.

Other key artists are missing entirely. Stan Vanderbeek was one of the founding members of the New York avant-garde cinema and his deliciously satiric cut-out animations, which would later influence Terry Gilliam’s animated interludes on Monty Python’s Flying Circus, should certainly be included in future collections, as seen in such landmark films as Science Friction, Wheeeels #2 and Achoo Mr. Keroochev (all 1959), caustic examinations of American consumer culture that are as relevant today as when they were first made.

One should surely include the works of Bruce Conner, one of the key auteurs of the early West Coast avant-garde; Conner’s films Cosmic Ray (1963), for many the first “music video”, or A Movie (1958), Conner’s first, audacious found footage film, or his heartbreaking and mesmeric Report (1966), a meditation on the JFK assassination, all deserve inclusion in a future volume in the series. These are just a few of the many possible films and filmmakers whose work needs to be made available on DVD; otherwise, their films will reside only within the collections of the museums and archives that so assiduously preserve them for future generations of viewers. They deserve much wider circulation than this arrangement affords.

But one can only do so much with a first collection, and this magnificent, dazzling, superbly organized and gorgeously mastered collection is a step in the right direction – may it be the first of many such releases in the near future. The creatively disruptive vision of the experimental cinema should not be denied to contemporary viewers, and especially contemporary film students, who are all too often locked into a strictly narrative world of mundane predictability, or exemplified by the stunningly unadventurous films that currently dominate the local multiplexes, such as Paul Blart: Mall Cop (Steve Carr) or the tepid retread of The Pink Panther 2 (Harald Zwart). 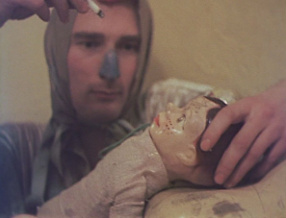 Commercial filmmaking, both in America and Europe, was more adventurous in the 1940s through the early 1980s than it is now, in part because the groundbreaking visions of the artists in this collection showed the “professionals” that they could look beyond the boundaries of Hollywoodland and find something new and refreshing for both themselves and their audiences, leading to such films as John Boorman’s Point Blank (1967), Dennis Hopper’s Easy Rider (1969), Donald Cammel and Nicholas Roeg’s Performance (1970), to say nothing of Roger Corman’s The Trip (1967), in which avant-garde filmmaker Bruce Conner actually appears in a brief cameo. Hollywood and European mainstream cinema took many of the best techniques and visual approaches used in these films and incorporated them into the commercial cinema, which is to be expected, but, at the same time, it’s important to remember where these concepts originated: in the minds and hearts of those filmmakers who comprised the era’s avant-garde.

These, in short, are the films that broke the chains of vision, and pointed the way to something new, and fresh, and daring. They must not be forgotten – they cannot be forgotten – and Treasures IV is a giant step in a project that will hopefully span many more DVDs, bringing us the work of independent artists who forged ahead to bring their visions to the screen with the ferocious intensity, and wound up transforming the cinema into something new, vital, and daring.

These visions are just as powerful today as when they were first created; Treasures IV offers lasting proof, as if any were needed, of their vitality, impact, and transcendent beauty as works that transformed and shaped our visual culture. In short, this is an indispensable collection, and every serious film viewer should acquire a copy immediately. In the meantime, archives around the world should continue to collaborate on new collections of avant-garde works in DVD format, so that as 16mm fades into memory, these films will continue to live, and thrive, for new audiences.