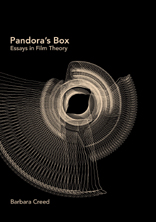 Most of the time, I am extremely glad to have completed postgraduate degrees in the 1990s. It was certainly a strange time. Jane Fonda’s leotards were replaced by postmodern Lyotards. Derrideans dueled with DaGs, those floppy, organless, Deleuze and Guattari people. Feminists were split between Kristeva’s abjections, Irigaray’s speculum and Haraway’s cyborgs. As an historian who had moved into cultural studies, I viewed the odd arguments erupting in seminar rooms like a play where everyone knew the script – except me. Frequently, I retreated back to my well-thumbed E.P. Thompson essays. I remained – and remain – interested in “the making” not “the talking”.

This was the 1990s: the wine whiners were morphing into coffee tossers. In the accelerated 2000s, these same people are the slow foodies, becoming (far too) excited by organic tomatoes, cured eel and smelly, fungal cheese that summons health and safety officers. But in such an exciting, troubling time for the development of challenging film and popular culture, what are the post-DaG discourses of note?

Thankfully postgraduate education has improved since these celebrity death match seminars of the early 1990s. Postmodern mantras and slogans, without content or argument, no longer cut the imported Belgian mustard. Film theorists in particular are producing fascinating work, finally moving beyond endless decontextualised references to Laura Mulvey and a Medusian vision. Many of us remember the decade where – it seemed – every article on film had the Mandatory Mulvey Moment (MMM). While intellectual generosity to great scholars is incredibly important, it can also create unproductive insularity.

Barbara Creed has remained one of the succinct, brilliant and evocative theorists of film. The Australian Academy is fortunate to have her in our number. An Associate Professor of Cinema Studies at the University of Melbourne, she understands that interdisciplinarity requires rigour, punch, passion and humour. Her book Pandora’s Box, which is part of a series of books on film and media created by the University’s Cinema Studies Programme, brings together six of her essays. From introducing feminist film theory, she explores the horror genre and the cinematic relationship between race and gender, then sits on the psychoanalytic couch, dances with the postmodern and enters the mauve wedge of queer cinema. She affirms from her introduction that film theory remains a site of intense argument, with analytical positions opening a Pandora’s box of debate, conjecture and opinion. Through all her experience, she recognises that “the best kind of film theory is fluid and pluralistic, open to a range of positions” (p. viii). This book embodies her goal. It is a post-1968 book – acknowledging the journey of French theories and where they have taken film and its critics.

Moving beyond auteur and genre studies, Creed enacts repair work to film studies, utilising theories that reveal the gaps and absences in earlier approaches. Each chapter features a plethora of filmic texts and a well-modulated presentation of a theoretical approach. It is not a book with an ideological agenda, spruiking Deleuze over Foucault, or Kristeva over Butler. What is most impressive is how each essay stands on its own – usefully for undergraduate students – yet the book builds into an overarching survey of film theory for more experienced readers and theorists. Her writing is clean, concise and open. The reference lists are insightful and pointed. I would have even swapped my E.P. Thompson to obtain such a book in the early 1990s. But this book is the result of detailed teaching, scholarship, experience and thought that was not available a decade ago. Jane Campion has helped us understand and shift feminist film theory during that time. Her In the Cut (2003) for example, cuts up an easy determination of good and bad sex and violence. With the benefit of this insight, Creed is able to place Laura Mulvey and the British journal Screen into context, politically and theoretically. In reprinting her famous essay on “The Monstrous-Feminine”, that first appeared in a 1986 edition of Screen, she allows us to read again that famous study of Alien and “monstrous wombs” (p. 44). This chapter is one of the finest applications of Kristeva’s theory of abjection, which works well with the horror genre.

Creed also forges the contextual links between psychoanalysis and cinema, both having origins in the late 19th century. She confirmed that while theorists love applying Freud to film, actually “the cinema may well have influenced psychoanalysis” (p. 80). By tracing the “long and uneven” (p. 80) trajectory of psychoanalytic film criticism, she is able to affirm the startling importance of Judith Butler in moving debates and theorists out of the comfort couch of the Oedipal trajectory.

Similarly for Creed, queer theory and film go together like Rock Hudson and Doris Day. This relationship is more than – to poach B. Ruby Rich’s phrase – homo pomo. The strange masculinity of Arnold Schwarzenegger – even before he was governor of California – demands an analytical snigger. Russell Crowe’s movement from sensitive gay male in The Sum of Us (Kevin Dowling & Geoff Burton, 1994) to esteemed naval hero in Master and Commander: The Far Side of the World (Peter Weir, 2003) also requires some considered attention. Creed deploys Michel Foucault to such texts, aware of the paradoxes in the paradigm. She provides a queer eye makeover for the straight-acting, mullet-wearing film theorist.

All essays in Pandora’s Box have appeared previously in journals. Most are reframed and updated. I found it both important and comforting to have all these significant works bound together for reference and contemplation. It is a useful book: in my current cohort of postgraduates I know of three who immediately require this injection of stylistic flair and theoretical rigour. In opening the box of film theory, Creed has confirmed her status as the critic who can not only chatter on Hitchcock around the cheeseboard with the slow foodies, but chop crisp politics into the film studies stir fry.