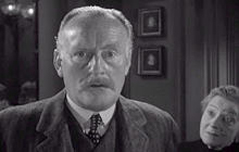 Referring to Hitchcock’s priceless performances as host, with which he bookended his TV shows – Alfred Hitchcock Presents, The Alfred Hitchcock Hour – Stephen Ronan speaks of their surrealism. Hitchcock’s “lessons,” he notes, “were negation, revolt, and liberty.” (1) That’s one of the best appreciations of the director that I’ve read. Commentators often point out that Hitchcock could, when he wanted, have his TV murderers go scot-free simply by ‘tidying up’ afterwards with a tongue-in-cheek disclaimer. (2) But only Stephen Ronan has noted the additional liberties that Hitchcock might take at the end of a show. Once, Hitchcock came back posing as a conquering alien, and announced: “Although I usually mention that the murderer was caught and punished, the society that loves to catch and punish has been abolished.”(3)

Now consider another of Ronan’s observations. Apparently many members of the audience at Lincoln Center were genuinely shocked when Hitchcock told them:

With the help of television, murder should be brought into the home where it rightly belongs. After all, I’m sure that you will agree that murder can be so much more charming and enjoyable, even for the victim, if the surroundings are pleasant and the people involved are ladies and gentlemen like yourselves.

According to Ronan, Hitchcock was “quite serious.” (4) Perhaps, though, the director wasn’t really talking about murder. More likely, he had in mind such a matter as homosexuality – a perennial subtext in Hitchcock (5) – and was merely echoing the broad-minded Englishman who allegedly said, “Just so long as they don’t do it in the streets and frighten the horses!”

Which may bring us to the episode of Alfred Hitchcock Presents called Banquo’s Chair, directed by Hitchcock himself from the story by Rupert Croft-Cooke (1903-79). (6) The episode aired on the 3rd of May 1959. Six years earlier, Croft-Cooke and his secretary-companion, Joseph Alexander, had stood trial in England on charges of committing gross indecency with two other male persons. At the trial Compton Mackenzie (the author, whose novels included Sylvia Scarlett and Whisky Galore) and Patrick (Lord) Kinross appeared as character witnesses for Croft-Cooke. Notwithstanding this, the latter was sentenced to nine months imprisonment, and Alexander to three months. In fact Croft-Cooke served six months in Wormwood Scrubs Prison and Brixton Prison from October 1953 to April 1954. Afterwards he wrote his courageous account of his experiences, The Verdict of You All (1955), in which he claimed that he did not regret what had happened because he had learnt a great deal about the best and worst of human nature: “It has been the most immensely worthwhile experience of my life.”(7) In terms of Croft-Cooke’s career, this was almost certainly true. It is said that nearly 60 of his books were published over the next two decades. (8)

Though Hitchcock may have first encountered Banquo’s Chair in a stage version some time around 1930, he would undoubtedly (as an avid reader of The Times most of his life) have known of Croft-Cooke’s trial, and subsequent events. And though there was evident commercial reason to acquire the TV rights to the story (previously filmed in 1945 as The Fatal Witness, when it was directed by Lesley Selander), I suspect that Hitchcock was happy to give Croft-Cooke a helping hand. He was that sort of a person. For instance, he never forgot the actors he had worked with, and often re-employed them decades after they had first appeared in one of his films. In the case of the Alfred Hitchcock Presents production of Banquo’s Chair, actor John Williams had already appeared in three Hitchcock films and three other Alfred Hitchcock Presents episodes. (His playing of Inspector Brent is a virtual reprise of his role as Inspector Hubbard in Dial M For Murder [1954].) But also in the cast was Hilda Plowright playing May Thorpe, an elderly actress whom Brent for reasons of his own has asked to impersonate a ghost for the occasion. Hilda Plowright had previously worked with Hitchcock on Foreign Correspondent (1940), when she played the sniffy receptionist Miss Pimm (rhymes with ‘prim’!) at the Cambridge Arms inn. (9)

Banquo’s Chair is arguably the best of all the Alfred Hitchcock Presents episodes that Hitchcock directed. (10) Certainly it gave him plenty of ‘meat’ with which to indulge his droll appreciation of all things English, starting with the evocation of Edwardian London in the opening street scene. In the story’s central ploy to trap a murderer, reminiscent of Hamlet’s use of “The Mousetrap,” there are echoes of Murder! (1930) and Stage Fright (1950). (Given the story’s allusion to Macbeth, it’s a nice touch to have made one of the guests at the dinner a Shakespearean actor who clearly inhabits an adulatory world which he wears like a protective cloak. A related touch is the host’s broken arm. In such company, the deft and worldly-wise Inspector Brent seems a masterful figure – until the final scene.) And with a whiff of the supernatural in the air, there’s a harking forward to Family Plot (1976) – the film for which Hitchcock had originally hoped to obtain Margaret Rutherford to reprise her role as the medium Madame Arcati in Blithe Spirit (David Lean, 1945). (11)

Nonetheless, it’s in the prologue and the epilogue of each Alfred Hitchcock Presents production (the dialogue invariably scripted by young James Allardyce, following broad guidelines provided by Hitchcock) that Hitchcock’s genius most shows itself on TV. Banquo’s Chair is no exception. The detachment that was always Hitchcock’s great asset – it’s what “pure cinema” is all about, putting the director in touch with the amoral life-force itself – makes him a surreal satirist of the first order. Of course, he looks harmless enough. I mean that literally. He introduces Banquo’s Chair wearing his customary dinner jacket – and a safari hat. The idea is that “darkest Hollywood” is actually tropical and steamy compared with the gloom and hint of fog of nocturnal London in 1903, which is where the story now begins. The device of contrast is identical to that which opens the 1956 version of The Man Who Knew Too Much (first Marrakesh, then London) or, for that matter, Charles Dickens’s Little Dorrit (1857) which moves from a sweltering Marseilles to “a Sunday evening in London, gloomy, close, and stale.” Then, at the end, Hitchcock returns, and now the full intent of the bookend sequences is allowed to suggest itself. Hitchcock refers to “flushing out” the big game from its hiding places, by which he means the Hollywood stars in their mansions trying to avoid the prying eyes of the curious – much as the story’s villain has just tried to defeat the crafty wiles of Inspector Brent. Next follows a sight-gag with a witch-doctor (keeping the ‘safari’ idea going) that reminds us of Hitchcock’s disdain for all forms of mumbo-jumbo, such as psychoanalysis or perhaps the sycophantic outpourings of “half-witted intellectuals and just plain dopes” whom we’ve heard the story’s Shakespearean actor number among his fans!

Finally, Hitchcock brings everything to a neat, wholly non-abstract conclusion. Clicking his fingers at his three “native porters” – in fact, three busty young women in shorts – he tells them it’s time to be going. Carrying unlikely-looking, gift-wrapped parcels on their heads, the “porters” file past us – their bustiness shown off to perfection. We’ve just seen Inspector Brent baffled by something he can’t explain. Now perhaps we’re reminded of what that “something” consists. It’s simply the life-force having its day – again. (12)