Lucile Hadžihalilović’s films have the structure of allegories. Time after time they are described in terms of surrealism and symbolism, fairy tales, and the shaping of childhood; all rich frameworks for the provision and searching of meaning. Whether with her debut medium-length La bouche de Jean-Pierre (1996), her breakthrough Innocence (2004), its midnight mirror Evolution (2015) or her latest Earwig (2021), Hadžihalilović creates models of nature that appear as simultaneously potential models of society and as cloistered worlds, beholden to their own mysterious logic. These films, when summarised read as fantasy, horror or science fiction, which they are, but when experienced, are slow sensuous works attentive to colour and texture and whose minimalist approach avoids guiding the viewer to specific interpretations and instead allows them to find their own path.

For either protagonists or audience, the orientation of such model worlds is a process requiring curiosity. Untethered figures, often children are cast into spaces governed by hierarchies of knowledge beyond their comprehension. In more naturalist formations, Mimi peers out of her makeshift bedroom onto forbidden adult interactions in La bouche de Jean-Pierre; in De Natura (2018), two children pass an afternoon, joyous and contemplative, in the sublime of nature. In their more surreal instances, Hadžihalilović’s worlds function as self-contained microcosms, as in the hermetic otherworlds of Innocence, Nectar, Evolution and Earwig; each is ordered with its own rituals, just as each offers the promise of a world beyond. The transition between worlds—beyond the walls of Innocence and Nectar (2014), the ocean of Evolution, and the gothic hallways of Earwig into “outside,” is a process of maturation for which constituents must prepare. Like Emil Sinclair’s vision in Hermann Hesse’s coming of age novel, Demian (1919), “the bird fights its way out of the egg,” Hadžihalilović’s characters break through the membrane of their sequestered existence one way or another, a becoming that is sometimes violent, sometimes ecstatic, but always inevitable.

Born in Lyon in 1961 to a Bosnian father and French mother, Hadžihalilović spent her formative years in Morocco where her parents both worked as doctors, bar a brief few years in the Vosges, a forested mountain region located on the border between France and Germany. At age 17, she moved to Paris to study art history and then filmmaking at the prestigious IDHEC (now La Fémis). Of French heritage but not raised in Paris, Hadžihalilović was doubly an outsider, her tastes gravitating more towards giallo and genre cinema than the traditional arthouse inspirations of her contemporaries. From this mix of cultures, art and influences, a distinctive cinematic imagination emerged. She started the production company Les Cinémas de la Zone alongside fellow filmmaker Gaspar Noé where they worked together on their mutual debuts Carne (Noé, 1991) and La bouche de Jean-Pierre. Drawing on the success of Jean-Pierre, Hadžihalilović was able to secure support for Innocence which traced the education of young children at an all-girls schooled whose teachings and rituals seemed grounded in a hidden logic and which formalised her distinctive style.

Lucile Hadžihalilović’s models have the structure of allegories. Allegories encourage a critical tendency towards decoding: this equals that, and if we line things up correctly, we can explain the meaning of a moment. This can be true, if we want, if it is interesting.

Nonetheless the conjunction of abstract meaning also opens a portal to concrete differences. The letters have been swapped, the lines are different, the images we see in Hadžihalilović’s films have their indexical tangibility beyond their thin meaning. This is true of all such figural language, the allegorical nature of a work is as much an excuse to introduce striking imagery and patterns as it is to ascribe meaning. We like the hare for its hareness and not just because it could teach us about being slow and steady. This is particularly true of Hadžihalilović’s films. Her works luxuriate in time, giving viewers time to appreciate the sensuous specifics of her sounds and visions beyond their allegorical (or genre narrative requirements). Hadžihalilović’s films use the structure of allegory to create non-realistic arrangements for her images. Hadžihalilović’s films have the structure of allegories but they are not allegories. It appears as if their structures are filled with glistening symbols, but they are not symbols, rather redolent images that offer a surfeit of interpretive possibilities. Her films lead us into looking and listening for meaning and decoding even as they pull us into the texture of the image and emotion. 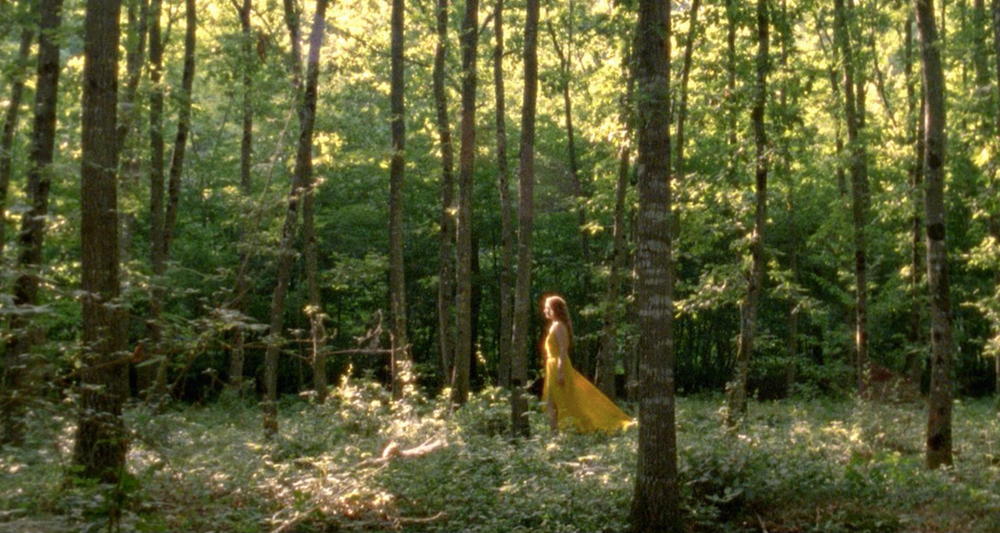 This collection is guided by the films of Lucile Hadžihalilović and the passages they suggest. Laurence Reymond, Tim Palmer, Janice Loreck, Henri de Corinth, and Anton Bitel map the themes and structures via which we might better navigate and appreciate Hadžihalilović’s work. Offering a macro-perspective of Hadžihalilović’s career to date, Reymond pieces together the key alchemical ingredients that make her films distinctive. Palmer traverses the fierce outsider vision of Hadžihalilović and Noé’s production company Les Cinémas de la Zone that they set up at the beginning of their careers. Loreck examines the entomological implications of Hadžihalilović’s films. Loreck observes that these works cultivate a specimen logic through their ordering of miniature worlds and precise mise en scene, inviting us to both observe our onscreen subjects closely while at the same time illustrating their perception. Drawing on Giorgio de Chirico’s conception of the “metaphysical picture” and what cannot be expressed, de Corinth explores the suggestive forms of Hadžihalilović’s films. Bitel examines the recurring metamorphic imagery of Hadžihalilović’s works and these transformative moments form resonances with the films’ use of education rituals.

In the second part of this collection, Beatrice Loayza, Tim Palmer, and Anne Billson attend to a specific work. Beatrice Loayza hones in on La bouche de Jean-Pierre, its status as Hadžihalilović’s breakthrough film, and as a film more explicitly in touch with questions of social realism than her later films. Loayza finds it suggestive of alternative pathways for Hadžihalilović but also finding parallels with the violent parental patterns of Earwig. With a close reading of De Natura, Palmer situates Hadžihalilović’s child-centric cinema, a mode of filmmaking that is “entirely calibrated by vivid non-adult subjectivity, whose deep curiosity about, yet brittle mastery over, unstable diegetic worlds, create lyrical miniatures.” Anne Billson explores Earwig’s phantasmagoria, considering the way an accumulation of rituals and elusive symbols produce the film’s oneiric aesthetic.

This collection concludes with two interviews: between co-editor John Edmond and Hadžihalilović collaborator Geoff Cox; and to close the collection, an extended interview with Lucile Hadžihalilović conducted by editors Alison Taylor and John Edmond. In it, Hadžihalilović outlines her early years and origins, their impact on her filmmaking, old and forthcoming work, and her philosophy on the pursuit of meaning, emotion and ritual.