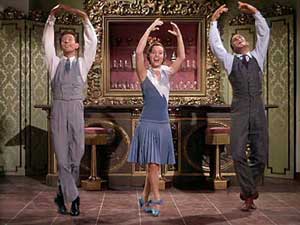 Cinema can sometimes breed the worst kinds of snobbery. It’s a misdemeanour that I have on more than one occasion been guilty of. I must confess that when I learned of Sydney’s Young At Heart film festival, the lazy assumptions of tired stereotypes were the first thoughts that absently passed through my mind, albeit briefly. But isn’t that the fashion in which we the public sometimes hold the greater generations, somewhat dismissively? Whether or not this be the case – though I might argue it probably is – Mathieu Ravier, Artistic Director of non-profit film company The Festivalists, certainly isn’t taking the baby boomer generation for granted. Last month saw his third annual Sydney seniors’ film festival attract nearly 2,000 discerning admissions for a program of 19 screenings, which included six Australian premiers.

In 2005 Ravier, along with Managing Director Marianne Alla, set up The Festivalists with a view to developing “audiences for independent and world cinema while adding to the diversity of Australian film culture.” Ravier explains that they saw a rich and untapped vein of cinemagoers in Sydney’s otherwise largely overlooked demographic. “From our previous experiences as festival programmers,” says Ravier, “we knew that seniors not only made up a significant part of the festival-going audience, they were more inquisitive, adventurous and film-savvy than most distributors lead us to believe. With more time than most and less affected by competition from other forms of screen-based entertainment, seniors are the fastest growing segment of Australia’s film-going population.” 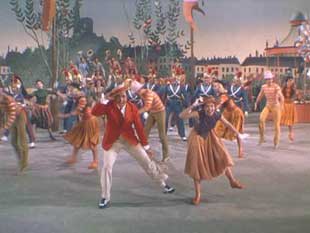 The festival kicked off with an open-to-all vintage fair at the Randwick Town Hall prior to the opening screening of the MGM classic, Wizard Of Oz (1939) on restored 35mm at the Ritz Cinema. For those who didn’t fancy the walk there was a free shuttle bus service. Like all the screenings in the program it was an afternoon showing, part of the Young At Heart brief for ease of access. Dorothy’s adventures in Oz were not the only MGM fare to grace the big screen again, there’s was Victor Flemming’s other multi-Oscar winner, Gone With The Wind (1939) and three musicals from the 1950s to celebrate the 50th anniversary of Senior’s Week: An American In Paris (1951), Singin’ In The Rain (1952), and High Society (1956) – after all, you can never have enough Gene Kelly, or Grace Kelly for that matter. Just to prove it the sixth and final classic screening was of Dial M For Murder (1954) to cut in on all the singing and dancing. One of the festival highlights was the attendance of Australian actress Nancye Hayes at the screening of High Society as she retraced her fascinating career dating back to the 1960s.

And if you were unsure of the lengths taken to put on a dynamic and original program it should be noted that there was a healthy serving of Australian premieres too, six in all, and a further four films currently without Australian distribution. In selecting films for the festival, Ravier says that he begins with the “assumption that there is no such thing as a film for seniors. There are titles and genres which are popular with certain age groups, certainly, and we try to listen to what people want. By and large though, the idea is to offer a mix of Australian and foreign films which have never before screened in Sydney. The program includes new features, documentaries and a program of new Australian short films featuring a significant artistic contribution by seniors in the community.”

The first of Young At Heart’s Australian premieres was quirky, character drama Smart People, directed by Noam Murro. The strong cast comprised of Dennis Quaid, Thomas Hayden Church, Ellen Page and Sarah Jessica Parker, all playing a little too much to type in a film that hasn’t been received glowingly by critics in general. But for the patient audience there is much to like about Smart People, a film about a frustrated English professor left to raise his two children after his wife’s death and which basks in American idiosyncratic and observational humour.

For those currently taking advantage of the recent theatrical partiality for natural history documentary adventures Planet Earth’s feature length spin-off, the exactly-what-it-says-on-tin named Earth, got its first Australian screening. Following the footsteps of March Of The Penguins (2005), and Winged Migration (2001), the big screen gives Mother Nature perhaps the closest to her just deserts outside of real life. There will be those of course who will bemoan the absence of a David Attenborough narrative, but it seems unlikely you could find a more esteemed replacement than the Shakespearean tones of Patrick Stewart as a guide to the migration paths of three kings of the animal planet – the polar bear, the African elephant and the humpback whale.

As for the best of the rest, Ravier had his own standout screen that he was particularly proud to have brought to the festival. “Very close to my heart and which those lucky enough to see it rave about was Robin Schlaht’s To Be Romeo And Juliet, a fun fly-on-the-wall documentary following three productions of Shakespeare’s tragic play in England, Canada and Chile. Like most great multi-layered documentaries, it offers insights far beyond the immediate subject matter, looking not only at theatre and performance but also at our perspectives on love and relationships. The festival was a rare chance to enjoy this fascinating, entertaining title which still has no Australian distributor.” 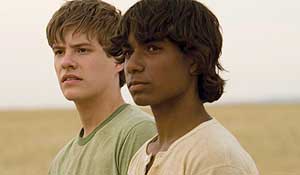 Other films that screened included Diane Keaton comedy Smother; a classic American road trip movie starring Jessica Lange, Kathy Bates and Joan Allen as three mormon women coming-of-age, Bonneville; Australian drama September, exploring aboriginal rights in the late 1960s and friendship; Paul Cox’s fascinating documentary about a small, beautiful Pacific island that doubles as a leprosy colony, Kalaupapa – Heaven; another documentary in the form of Lockout, a powerful examination of the industrial conflict in 1929 between the miner’s union and the owners of the Northern Coalfields of NSW (included a panel discussion after the screening); endearing Australia drama Even Emus Need To Dance; ensemble narrative Nine Lives, which features an astonishing collection of some of the finest female actors including Glen Close, Holly Hunter, Robin Wright Penn and Sissy Spacek; and finally the romantic comedy I Could Never Be Your Woman with Paul Rudd and Michelle Pfeiffer.

Earlier on in the festival I had been asked to participate as a judge in the Short Film Awards along with Sydney Morning Herald journalist Bruce Elder and filmmaker Jack Feldstein. A packed Dendy at the Opera House watched 11 short films and afterwards the audience voted for their favourite whilst myself, Elder and Feldstein debated the “best artistic contribution by a senior” in the screened films. The winner was to receive the Movie Network Channels Talent Award and $1,000. Variations in the quality of the films were noticeable, but there were a couple of performances and films that stood out. Blue Rinse Bandits – a Bonnie and Clyde send up – was my favourite of the pack and I was shocked it didn’t pick up the audience award. Kate Stevenson, the female lead of Blue Rinse Bandits, was also my favourite of the senior performers, but in the end consensus between the judges was arrived at with the rather safe choice of Australian acting stalwart Roy Billing who starred in an otherwise unsatisfying short, Mirror, Mirror. Billing put in a very strong performance as a man abandoning his drag persona and saying goodbye to his double life. I should mention that the audience award went to The Fifth Marquess Of Lensingdale, directed by Alex Ryan.

This was a solid third outing for the Young At Heart film festival, a first for me in my new home of Sydney and one which reminded me to see beyond my own cinema-going demographic. As Mathieu Ravier notes, “festivals are all about sharing stories and the older and wiser among us have fascinating stories to tell.” Something I should remember when considering my favourite storytelling medium.